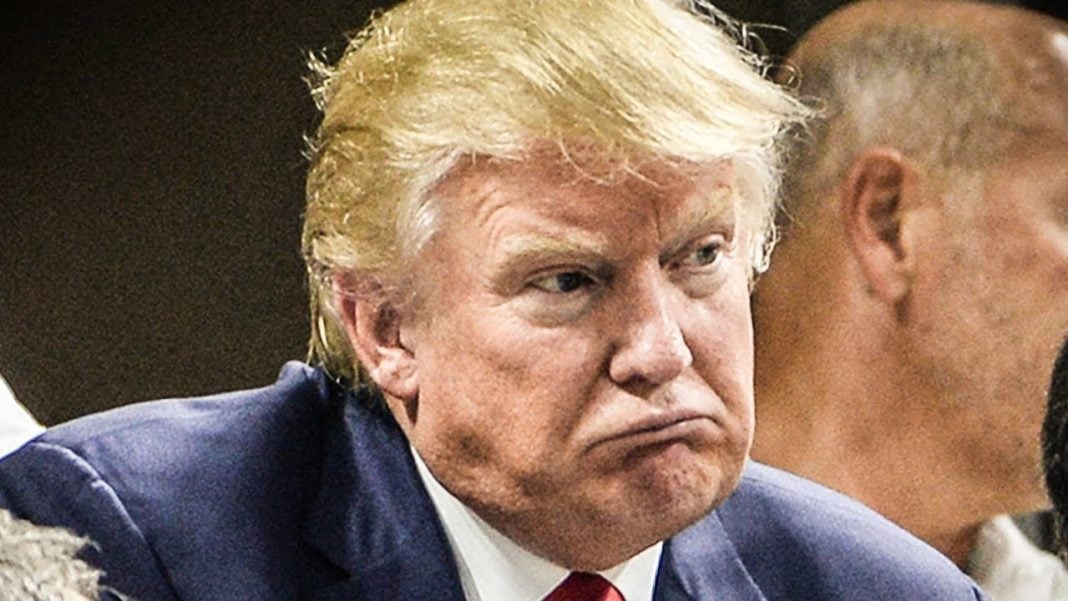 We’ve seen fits of rage, incoherent rambling, and utter nonsense and lies coming from Donald Trump both out of his mouth during rallies and via his Twitter feed. All of these point to a larger problem – the President is becoming increasingly unhinged. The time to invoke the 25th Amendment is now, as Ring of Fire’s Farron Cousins explains.

There have been a lot of things going on recently with Donald Trump’s overall behavior. I think it’s time that we address some of those and talk again about Donald Trump’s continuing mental decline. First and foremost, one of the biggest ones of the last week or so is the fact that he picks a fight with the NFL, calls them sons of bitches while referring to White supremacists as some very fine people. Then he continues to double down and he triples down and he quadruples down on that all throughout the weekend as if he’s going to make it better by continuing to dig while he’s already in the hole. He is actively antagonizing a dictator in North Korea who may or may not have nuclear weapons and may or may not want to fire them at the United States.

He lied about Obama wiretapping him and, no, the Manafort wiretap did not fall into that category. He lies about everything on Twitter. He’s picking fights with celebrities. He’s picking fights with athletes. He’s picking fights with everybody. Report say that his staff is almost leery to go near him because of his volatile attitude. They don’t know who’s going to show up that day. Is it fairly decent normal Donald Trump or is unhinged Donald Trump who’s throwing things at the TV? Reports have shown that staffers have said that, yeah, he’s throwing stuff at his TV because he’s so angry. All of this points to a very specific problem and that is that Donald Trump is not mentally capable to carry out the duties required of him as president of the United States.

The 25th Amendment that provides for removal of the president on those grounds, it is beyond past time that we invoke that. This man is not stable enough to care for the United States. He’s not stable enough to be trusted to pass legislation and he’s certainly not stable enough to be trusted on any matters of foreign policy. Republicans and Democrats need to understand this and, to be honest, judging on stories that have come out of what people are saying behind the scenes, they both do. There’s really not a whole lot of disagreement in Washington, D.C. among our elected officials about Donald Trump’s declining mental stability. Republicans and Democrats seem to agree with that. Alex Jones tried to explain it away recently with an insane conspiracy theory but at least he acknowledges that it is actually happening if his reason for it is a little absurd. Everybody is starting to catch on here and White House staffers themselves are afraid that eventually it’s going to lead to some kind of catastrophe spurred on by Donald Trump’s erratic and unstable personality. That’s not okay.

We shouldn’t have to wait for a missile to hit in the United States before we invoke the 25th Amendment, before we get this madman out of office. We shouldn’t have to wait for North Korea to send a nuke over to Guam before we start thinking you know what? Maybe Donald Trump’s insults are spurring this a little bit. Maybe he’s not fit to be president. Maybe he’s only making everything worse in this country. The time has passed. There is no more need to deliberate. We don’t need any further evidence. We have enough as it is. Every elected official in Washington, D.C. needs to get behind this because you know what? We’d end up with Mike Pence and he’d be really bad. But, at this point, there’s no such thing as worse than Donald Trump. I think we all need to understand that and I think it’s time to start making those phone calls to D.C. to tell your elected official it’s time for the 25th Amendment.