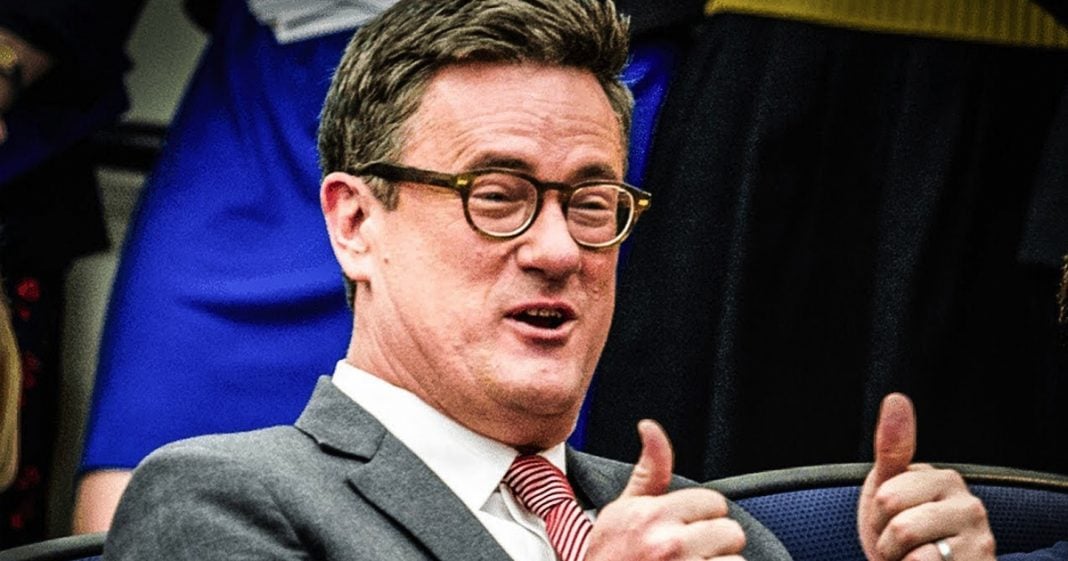 MSNBC host Joe Scarborough has had enough of the stupidity coming out of the Republican Party, or at least that’s what he claimed on his morning show earlier this week. And while he’s absolutely correct about the Party Of Stupid, he has to take a little credit for putting them on that path. Ring of Fire’s Farron Cousins explains.

MSNBC host Joe Scarborough finally admitted something that I think most people in this country would actually agree with. During an interview Thursday morning, Scarborough let this little truth nugget slip where he said that he is tired of the Republican Party of the United States being the stupid party. What he was specifically referring to in this case was Roy Moore, the Republican Senate candidate from Alabama, who doesn’t seem to know what DACA is, who doesn’t know what dreamers are, and who doesn’t have a fundamental understanding of what’s required of a United States senator. Scarborough said he’s tired of this. He’s tired of these stupid candidates who have no idea what’s going on, and to be honest, I agree with him 100% on this point.

The Republican Party is, for all practical purposes, the party of stupid. This is the party that gave us Ronald Reagan, George W. Bush, Louie Gohmert, Michele Bachmann, Sarah Palin, and now Donald Trump, and of course countless others throughout the country. They’re putting up candidates who are grossly unqualified for the positions in which they seek. They do not know anything about the job that they are trying to win. They just know that they want some power and it doesn’t matter how dumb they are. The American people are just going to have to deal with it, so in that regard, yes, Joe Scarborough’s absolutely 100% right about this.

However, there’s always a catch here. Joe Scarborough was a sitting congressman during the 1990s, during Newt Gingrich’s contract for America, and Scarborough as a freshman congressman played a huge role in getting more of the younger members of Congress to sign on to this disastrous deal, to sign on for tax cuts for the wealthy, to attempt to privatize public education and other public services. He put the GOP, at least in part, on the current path that they’re on, and I know a few months ago he came out and he said, “I’m leaving the Republican Party. I’m going to be an Independent. This is who I am now. Deal with it.” He’s done a great job of criticizing Donald Trump and holding him and other Republicans accountable, but he is not taking any responsibility for his past positions or for the fact that he helped make things so bad today, both with his policies as a congressman and due to the fact that he and Mika Brzezinski gave Donald Trump countless hours of free airtime during the primary and the campaign, and they both showed up at his New Year’s Eve party at Mar-a-Lago.

I want to believe that Joe Scarborough’s reformation here is genuine. Unfortunately, his inability to take any kind of responsibility for the role that he played in these disasters tell me that he’s only doing it for either gains in ratings, or more likely, a future political run that’s still out there on the horizon and he wants to play it safe by trying to appease both sides at this point, because that is exactly what he’s doing. I don’t buy it, and I don’t think the public needs to buy it either.