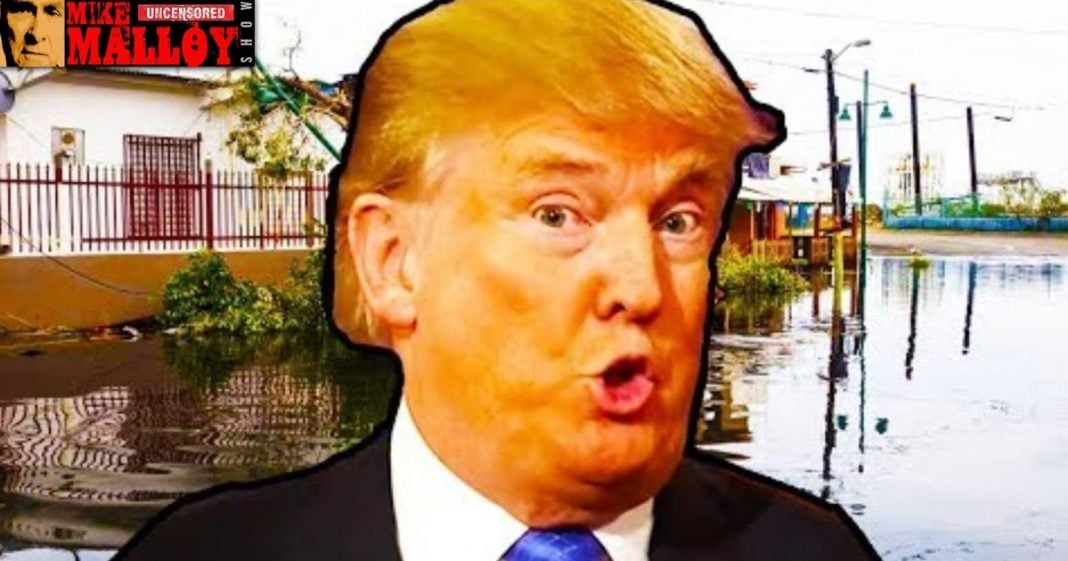 President Trump on Tuesday lamented that Puerto Rico had been “destroyed” by Hurricane Maria but insisted that his administration is doing an “amazing job” in helping the U.S. territory recover.

Trump, who has faced mounting questions about his commitment to addressing the island’s plight, announced that he would visit Puerto Rico next week to get a firsthand look at the “devastated” island, which remains without power and where residents are facing food shortages.

“We’re doing a great job,” Trump said during a Rose Garden news conference with visiting Prime Minister Mariano Rajoy of Spain. “Everybody has said it’s amazing the job we have done in Puerto Rico. This was a place that was destroyed. I think we’ve done a very good job.” Mike Malloy discusses this.