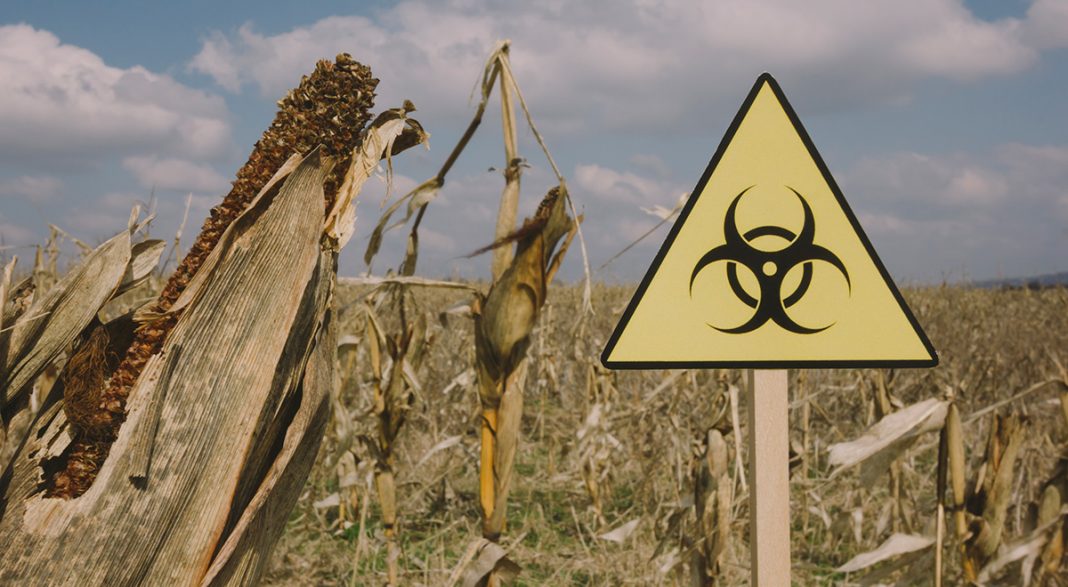 Last week, the Arkansas Plant Board voted to approve a ban on dicamba, which will start on April 16th and end on October 31st of next year – despite desperate appeals from Monsanto and growing conflicts over the issue within the agricultural community.

The vote was held on September 21, and was attended by Ty Vaughn, Monsanto’s vice-president of global regulatory affairs. Throughout the meeting that day, Vaughn attempted to convince the board to allow farmers in the Razorback State to continue using dicamba, which has caused severe damage to non-GMO crops.

Although the Plant Board has approved the ban, it is not yet final. The public will have thirty days to submit comments, after which there will be a public hearing, scheduled for November 8. Once the general public has been heard, the proposal will have to be approved by the state legislative council.

Although this is a setback for Monsanto, the controversial global agribusiness giant isn’t giving up easily. Vaughn says that his company has “options,” but that at this point, “it’s premature on what course of action we’ll take.”

At the meeting, Vaughn presented a petition signed by farmers across Arkansas who want to be allowed to continue using dicamba. Although a number of growers were present at the meeting, they were not asked for their views on the issue.

The agricultural community itself is deeply divided. On one side are those who grow GMO crops – specifically, Xtend soybeans, which have been engineered to withstand dicamba. On the other side: organic farmers and those growing other types of crops that are not dicamba-resistant.

Speaking to the New York Times recently, Arkansas farmer and dicamba plaintiff Kenneth Qualls notes that the issue “has really divided the farming community.” Tensions are running high on both sides. In one case, the conflict erupted into violence when a farmer named Michael Wallace, whose crops were being destroyed by dicamba drift, reported his neighbor’s spraying activities to the authorities. After his crop was harvested, Wallace was confronted and shot to death by a farm hand.

Qualls, who was a relative of the victim, says Wallace’s murder “shocked the whole community,” and expressed surprised that such incidents haven’t happened more frequently.

Meanwhile, Monsanto has adopted the typical “blame-the-victim” corporate attitude, insisting that farmers are not following instructions properly. Earlier in September, Monsanto’s Chief Technology Officer, Dr. Robb Fraley, sent a letter to Arkansas governor Asa Hutchinson recommending that the ban be rejected, because dicamba issues were “all readily correctable through additional training, education and enforcement.” However, the instructions for using dicamba are extremely complicated and often confusing. The 4500-word label has even been introduced into evidence in one lawsuit to demonstrate that the product may be impossible to use in a safe manner.

Qualls responded by saying, “We may be rural hicks, but we’re not stupid. We know how to apply chemicals. They [Monsanto] are going to blame it on the farmer to reduce their liability.”