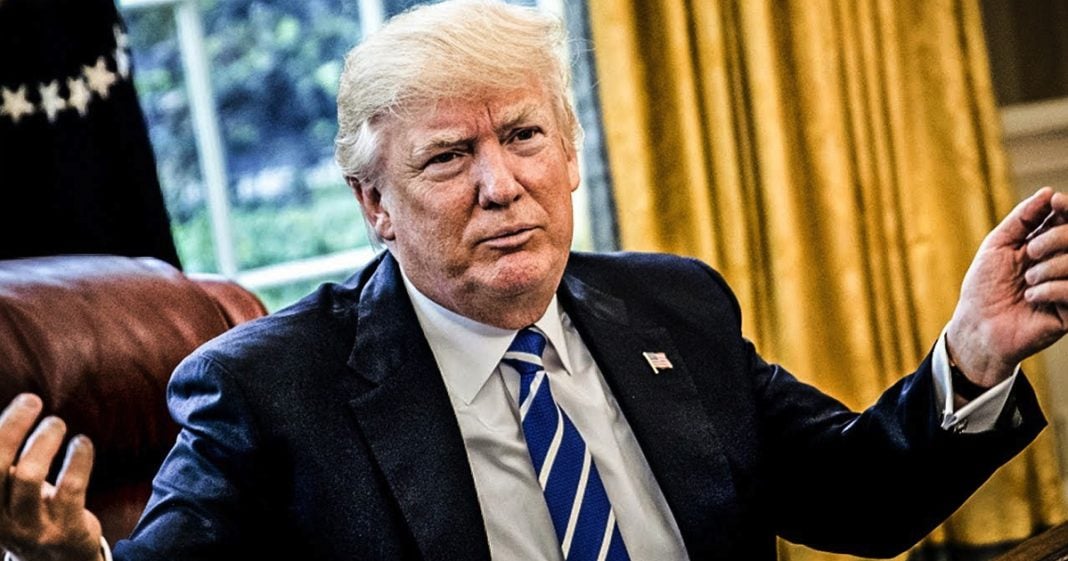 Donald Trump swore that the tax reform package being put together by Republicans would not help him or his family one bit. That was a blatant lie. According to experts, Trump and his family will save an estimated one billion dollars from the new tax package, while working families will actually see their taxes increase. Ring of Fire’s Farron Cousins discusses this.

During the early stages of the Republican Tax Reform Plan, which was worked on by both Republicans in the House and Senate, as well as Donald Trump himself, Trump insisted, on several different occasions during press conferences and Q&As with the press, that he would not benefit from this tax plan, whatsoever. He also said, “If the wealthy have to pay more, then they have to pay more.” I’m sure we all remember that little video clip going around. Trump made it sound like he was doing this for the middle class, and that he, himself, would be the one to be screwed over by his own tax plan, because sometimes that’s what needs to happen.

Well, as it turns out, just like every other thing Donald Trump has ever said, that was a blatant lie. In fact, Donald Trump is going to save an estimated one billion dollars if this tax reform package passes. One billion dollars. One man, one billion dollars. You know what happens to the rest of us in this country, the majority of us? Our taxes go up, because of some of the deductions that they are getting rid of, and due to the fact that bottom earners are going to see their taxes go from 10% to 12%, in order to compensate for the lost revenue from giving billionaires like Trump, and the Koch brothers a huge tax break.

Is that fair? No, it’s not. Not by any stretch of the imagination. Is it going to create jobs, like Paul Ryan tells us every day? Not even close. How do we know that? Because they’ve done this before many times, and every single time, it’s led us into a recession. This time will be no different. Corporations aren’t not hiring people because they don’t have the money, because they’re paying it in taxes, they’re not hiring people because they don’t need people, or because they want to hire people overseas who will work for less money. Lowering the corporate tax rate, which again benefits Donald Trump, is not going to make these corporations bring their money back to the United States, that they’re hiding offshore, because even lowering it from 35 to 20%, 20% is still higher than 0%, which is what they’re currently paying when they stash it offshore in the Cayman Islands, or over in Switzerland. Nothing is going to be good enough for them until the tax rate is zero.

Stop listening to the lies of people like Donald Trump and Paul Ryan, and every other Republican who’s still trying to shove this absolutely outdated, and outright false, trickle-down lie down our throats. It will not work. It has not worked. It does not work, and the guy who created it, says it could never work. But they’re still doing it, and they’re lying to us about it every single time they talk about it.

Donald Trump is the guy who’s going to benefit the most from this piece of legislation, and that is one of the main reasons that he wanted to be elected President of the United States, so that he could put more money back into his own pockets.