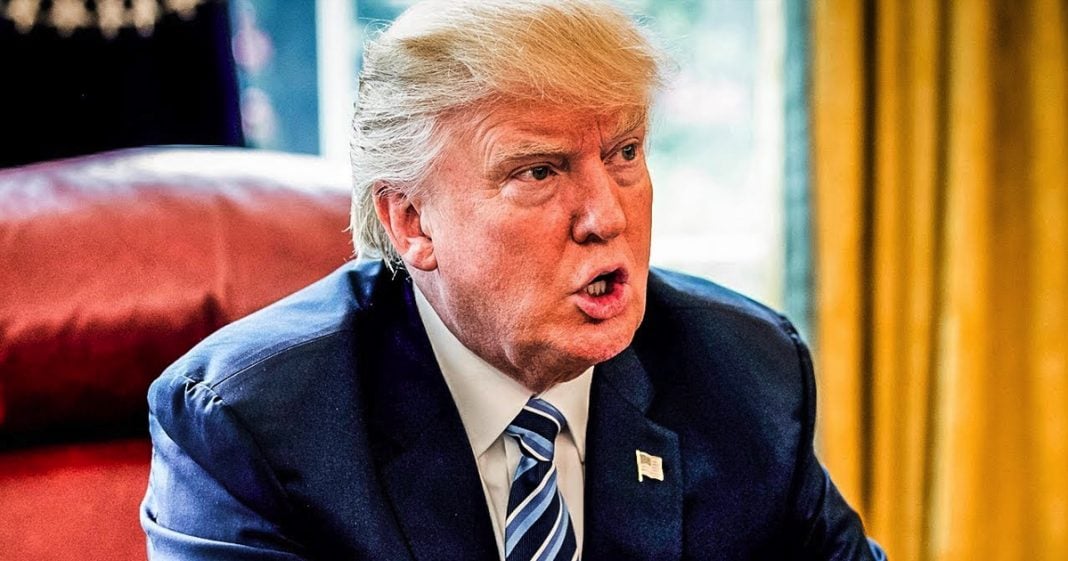 Donald Trump is angry – but that’s nothing new. But this time his anger is directed at both social media and the mainstream media, two groups that Trump claimed this week had been very mean and unfair to him during the election. During Trump’s latest Twitter meltdown, he accused outlets of lying about him, even though estimates show that he received as much as $2 billion worth of free air time during the campaign. This man is melting down, and as Ring of Fire’s Farron Cousins explains, it could have everything to do with the pressure mounting on him from the special prosecutor’s investigation.

On Wednesday of this week, Donald Trump took a break from tweeting about how much he hates NFL players because they’re black and decided to go on a different Twitter tangent, rant, where he talked about the fact that Facebook and the corporate media and all of social media was just so damn mean to him during the 2016 presidential election. According to Donald Trump, Facebook was mean to him. The corporate media was mean to him. They covered him unfairly. They didn’t give him a fair chance to come on and tell his story. Well, back here in reality, in the real world where most of us live in who aren’t Donald Trump, the media gave Donald Trump more than two billion dollars worth of free airtime during both the primary and the actual presidential campaign, two billion dollars in free airtime.

Can anybody explain to me how that’s being unfair? Did Hillary Clinton get that much free airtime? Did Jill Stein or Gary Johnson get anything close to that? Absolutely not. In fact, many media outlets loosened their rules for guests so that they could have Donald Trump call in on the phone rather than appear in studio in person, which is something that media outlets, especially corporate cable news outlets, do not allow under any circumstances, but they let Donald Trump do it. They let him call in. They let him do his interview, say whatever the hell he wanted. They never questioned it. They thanked him for his time, and let him be on his way.

If anything, the media was overly fair to Donald Trump by changing their own rules letting him come on without actually having to come on. Two billion dollars in free airtime and this jackass has the audacity to say they were unfair to him. Now, as far as the social media front goes, Facebook was mean to him, he’s going to have to provide a little bit of explanation about that, because Facebook as we all know is not a person. I don’t think Mark Zuckerberg was out there posting anti-Trump memes to his Facebook page and forcing everyone on Facebook to look at them. That didn’t happen.

In fact, what did happen was that foreign entities started buying ads on Facebook to promote Donald Trump and make Hillary Clinton look worse. Those stories are getting worse by the day, and now it turns out that on Twitter it was even more in-depth than it was on Facebook, so Donald Trump’s claims of being treated unfairly by anyone are absolutely untrue, because if he got negative coverage, it’s because he earned it. I haven’t seen too many progressive media outlets that have been popped for lying about Donald Trump because we don’t have to lie. We say what he says. We talk about his policies and his plans. They speak for themselves, and if that coverage isn’t flattering for you, it’s because your policies, your talking points, and your personality are absolute crap.