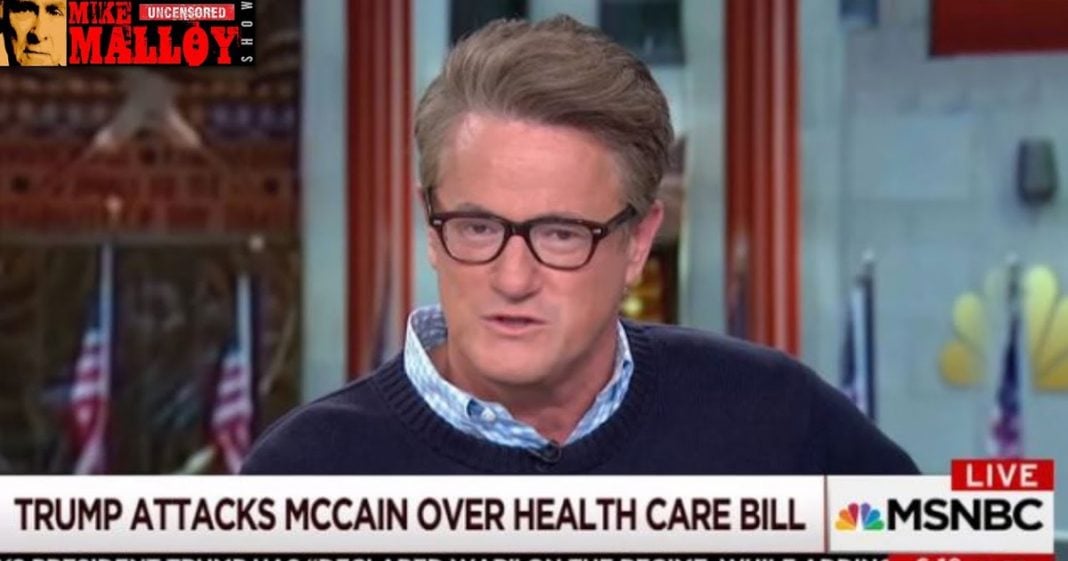 MSNBC’s Joe Scarborough lambasted Alabama voters who went along with President Donald Trump’s efforts to turn Sen. John McCain’s name into a punchline. The “Morning Joe” host, who graduated from the University of Alabama, was disgusted by Trump’s personal attacks on the Arizona Republican — a Vietnam War hero who is battling brain cancer — for voting against repealing the Affordable Care Act. “No humanity,” Scarborough said. “You have a man who is dying and you are using him for political punch lines on talk radio, and also audiences in Alabama?” Scarborough blamed the Trump supporters who jeered McCain’s name right on cue, when the president attacked his perceived disloyalty. “By the way, for people watching at home, if McCain is getting attacked and he’s fighting for his life, unless you were raised in a barn, keep your mouths shut,” he said. All right? Show a little respect, show a little dignitary, show a little class.” Mike Malloy discusses this.