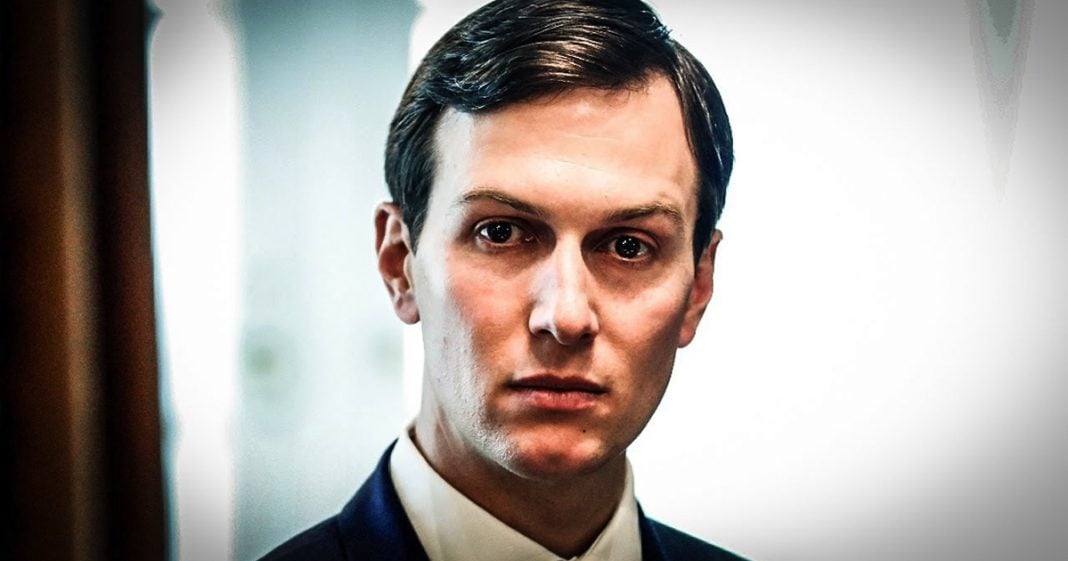 Donald Trump’s son-in-law Jared Kushner was never seen as one of the brightest bulbs of the Trump administration, but the latest revelations about Kushner show that he’s just about as careless and dim as they come. According to reports, Kushner accidentally registered to vote as a woman instead of a man. While not illegal since it was an accident, it does show how careless a man with top security clearances can be, and that’s dangerous for this country, as Ring of Fire’s Farron Cousins explains.

Jared Kushner, Donald Trump’s son-in-law, and, I guess, senior advisor to the president who also happens to be somebody who is in charge of Middle East peace talks. Well, as it turns out, he’s really, really bad at filling out forms. Now, we already knew that he was pretty bad at it when he had to go back and amend his security clearance disclosure forms three separate times over the last few months, but recently it was revealed that not only does he get complicated forms, like security clearance forms, confusing, he also managed to screw up his voter registration in the state of New York and as far as the state of New York’s registry of voters is concerned, Jared Kushner is a woman.

Now, they say that, they claim that, because according to Jared Kushner’s own voter registration he accidentally checked the box next to female instead of male. Now, this isn’t illegal, it’s not voter fraud because this was obviously accidental on behalf of Ms. Kushner there. But what’s interesting is that this guy has security clearance. He has access to information that very few people in this country actually have access to, and he can’t even fill out a basic form to save his life. You know, this is a humorous story to a degree, but it actually highlights a really important problem within the Trump administration itself.

Jared Kushner has absolutely no qualifications whatsoever to be serving any kind of role in the White House unless he’s actually serving dinner rolls. That’s about the only thing this man is actually qualified to do. He is not qualified to meet with Middle Eastern leaders and try to talk about peace. He certainly is not qualified to have access to top secret information that the rest of the public can’t get their hands on. Why in the world would this man, who cannot fill out a simple form, who is so careless or reckless or downright stupid that he can’t fill out a form, why should we trust him within the Trump administration?

You know, let’s go back to those security disclosure forms. Three times he had to go back and amend those. The first time, he said it was because his staff accidentally hit “send” before he had a chance to fill it out. That’s the one where he omitted all of his foreign contacts. He later had to go back and add more than 100 personal phone calls and meetings that he had with foreign contacts, one of those the subject of Bob Muller’s special prosecutor investigation. Another thing that Kushner got wrong on those initial disclosure forms, which wasn’t as big of a deal, he got his father-in-law’s address wrong.

He put down the incorrect dates of his graduation from school. Is this a guy we can trust? Is this a guy we can trust with security clearance? I mean, we already know he’s using private emails, which is something that sends Republicans into a frenzy, so I’m not sure why they’re all being so quiet about Kushner at the moment. But Kushner clearly has taken the mantle of quite possibly the dumbest person serving within the Trump administration, and it’s because the man can’t fill out a form, again, to save his life.

He can’t figure out whether he’s male or female because maybe he doesn’t even know what those words mean when he sees the boxes to check. Maybe he’s just scribbling through it so fast that he doesn’t even care. Either way, this man has access to top secret secured information that only a few people in the world are privy to. That should concern every single American citizen.