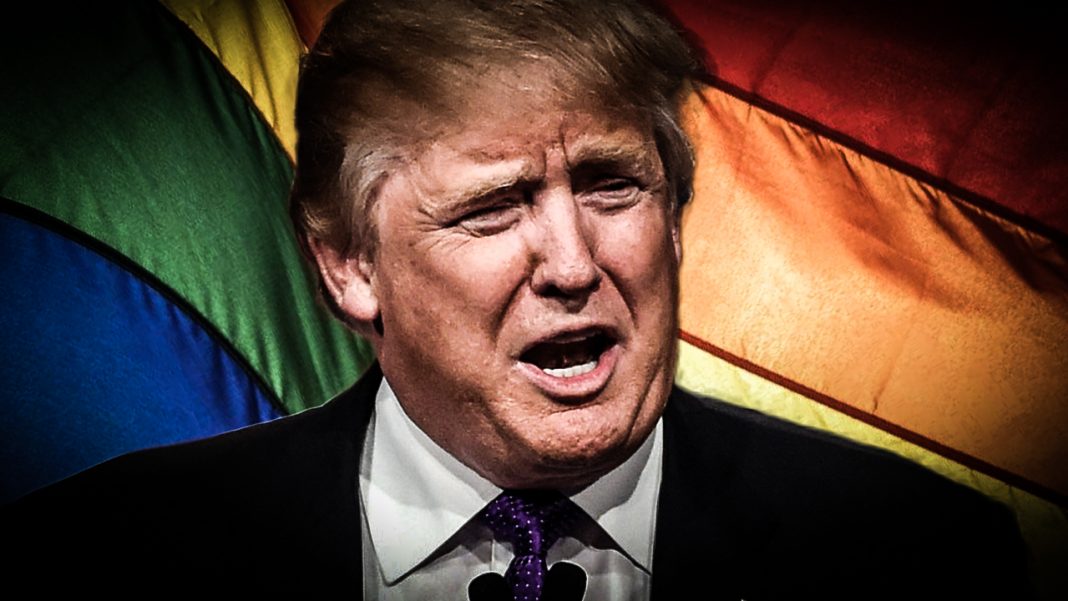 On Tuesday, the US Justice Department argued in court that businesses in this country have every right to fire someone based solely on their sexual orientation. This is the second time in recent weeks that the Trump administration has actively argued against the rights of the LGBTQ community in court and it shows us a pattern of oppression from within the administration itself. Ring of Fire’s Farron Cousins discusses this.

The Justice Department this week, argued in court that any business in this country should be able to fire someone if they’re gay. That was the argument put forth by the Trump Administration’s Justice Department. The case in hand was involving a man named Donald Zarda, he was a skydiving instructor with a company, the company fired him when they found out that he was gay, so he sued them. And now the Trump Administration went to court to say, “You know what? That’s perfectly fine with us that he got fired for being gay, allegedly, and we’re gonna support businesses and say that they have whatever right they want to fire somebody based solely on their sexuality.” Had nothing to do with job performance, had nothing to do with complaints or inappropriate behavior, had nothing to do with them showing up late or not doing the job properly, it was based 100% on that persons sexual orientation. And the Trump Administration wants to tell us, or did tell us in court that that is perfectly fine.

Now this is not the first time in recent weeks that the Trump Administration’s Justice Department has shown up in court to argue in favor of businesses who discriminate against the LGBT community. They did earlier at the Supreme Court where they wrote an amicus brief saying that, “Absolutely a business has a right to discriminate and not serve people based on their sexual orientation.” Now I don’t know if you remember this, but during the campaign, Donald Trump said, “I love the gays, the gays love me, I’m gonna be great for them, be better than anybody else has.” Ivanka Trump made similar comments about how LGBTQ friendly this administration was gonna be, and yet, at every possible opportunity, every time they were given a chance to do the right thing, they have sided with the bigots. They have sided with people who think homosexuals are under them for some reason, that they’re less than human, they they don’t deserve the same rights and protections as heterosexual people in this country, that is absolutely not how it works.

There is no human being on this planet who is better than another human being on this planet because of their race, because of their religion, because of their sexuality, or because of anything else. We are all equal, and I know a lot of people out there don’t that and may not want to hear it, but that’s the truth. Nobody’s better than anybody else just because of how they were born or how they were raised or how they feel personally inside of them, that is not grounds for termination from a job, it should not be grounds for discrimination. We should not discriminate for any reason actually, but the bottom line is that the Trump Administration has been given many opportunities to stand up for the LGBTQ community and they have failed every single time. And worse than failing actually, because they’re actively going to court and arguing that these people are less than human beings and do not deserve the same rights and protections that the rest of us get.