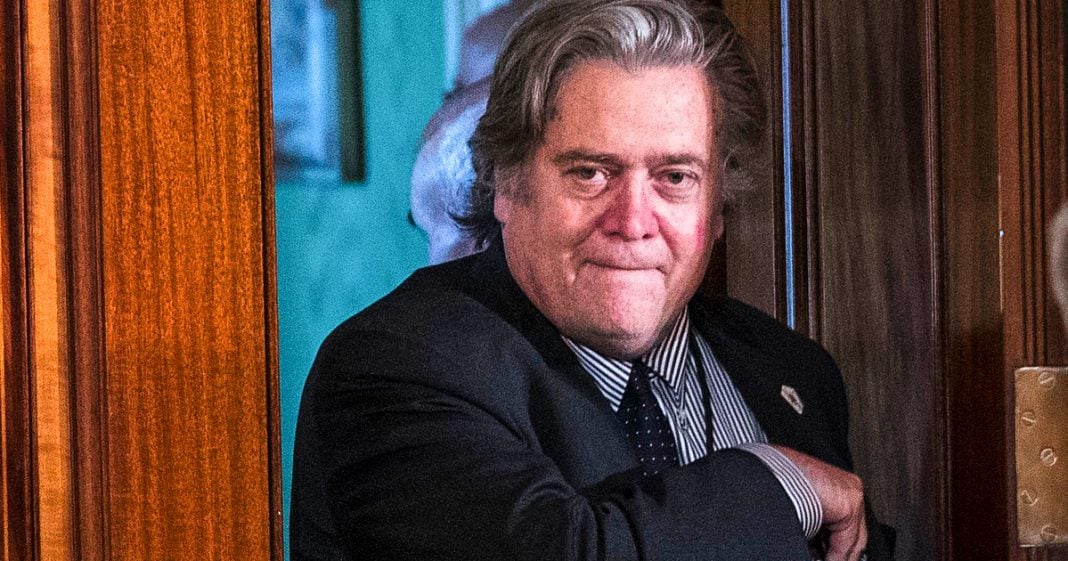 Steve Bannon is still pretending to “drain the swamp,” but he IS THE SWAMP. His beloved Breitbart is funded by hedge fund CEO Robert Mercer, one of the most influential billionaires in politics who even joined the Koch network after the Citizens United decision. And in fact, Mercer and Bannon are reported to “remain strong supporters of President Trump’s and his agenda.” Well, here’s a quick refresher of the Trump agenda:

– Privatizing what’s left of our infrastructure
– Continuing Obama’s policies that help Wall Street suck the wealth out of the working class
– Allowing greedy drug + insurance corporations to dictate how much profit is to be made off of sick + dying families
– Expanding wars on the taxpayers’ dime at the behest of oil companies + weapons contractors, allowing for endless civilian causalities

So the only thing being DRAINED out of our system via Trump’s agenda is what small amount of respect that was left for the people.