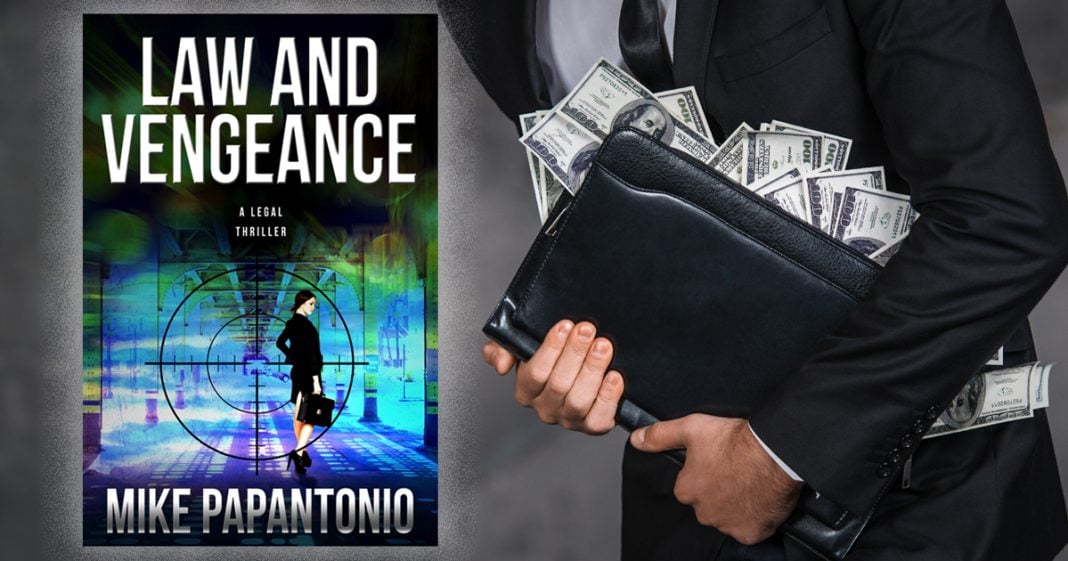 “Law and Vengeance” is based upon an actual legal case, where Mike Papantonio took on one of the biggest weapons manufactures for a defective gun sight. Mike Papantonio’s second novel in his legal thriller series hits bookstores on September 26th!

I ended up having being involved in really complex cases. I came out as a prosecutor, and ended up having to handle some of the biggest cases in the country almost immediately against the asbestos manufactures and pharmaceutical manufacturers. And in there, what happens is you develop a specialty, and this specialty is trial law. Most people believe that everybody’s a trial lawyer, and they’re not. The truth is, I think it’s less that one-third of one percent of lawyers in this country are actually trial lawyers, with trial skills that handle the kind of complex cases that I’m talking about.

So I ended up there. And it’s interesting. By being there, it gave me kind of an interesting view of the world that maybe most people don’t see, because I’m always on the other side of a table against a corporation that’s created a pharmaceutical that’s killing people or a corporation that’s polluting our waterways or our air knowingly, or a Wall Street entity that’s stealing from mom and pop.

So I always see that part of the story, and I collect the documents and I take the depositions and I try the cases. And in there, most of these books that I write kind of write themselves because they’re all base don actual events, actual cases that I handle.

So what happened with Law and Vengeance was we had a case that came in that we actually handled for a couple years where we had a weapons manufacturer that had created a defective gun sight. And unfortunately the gun sight, the defect in the gun sight was so bad that at a hundred yards it may be off as much as three or four degrees, which obviously makes the gun fairly useless. But they sold ton of them to the military and to police organizations all over the country. And it was an interesting twist, because I saw the Department of Justice that you would expect to actually really be involved with maybe even locking up the people who had committed this fraud, rather than doing that, it was more of a slap on the wrist. It was, ‘You go your way. We’ll go ours.’

And that’s typical of most of the cases that I handle, where you expect the Department of Justice to do their job. You expect these people when they see that somebody is engaged in something that is certainly at the edge of criminal activity, that we ought to expect the government to do their job. And that is to, you have to interrupt that type of culture. You can’t fine them. And you can’t say, ‘Gee whiz, I’m going to slap you on the hand. Don’t do it again.’

But unfortunately, with this business that I am, I see the other side of that. I see pharmaceutical companies that produce products that kill and cripple people. And we see at the very top of the food chain that the people who made those decisions knew absolutely what was going on, but nevertheless, you fine that company a couple hundred million dollars, slap them on the wrist, tell them, ‘Don’t do it again,’ when in fact if somebody on the street were to cause somebody that type of injury or to cost them their life because of some conduct, they’d be thrown in jail.

So this book came out of kind of the anger about that. This came out of people should know that they believe that there is a good side and a bad side when it comes to the way that corporate America operates. And that somewhere in there, we have regulators and we have government entities that are making sure they play by the rules, but most of the time, they aren’t playing by the rules, and we don’t have the Department of Justice forcing them to play by the rules.