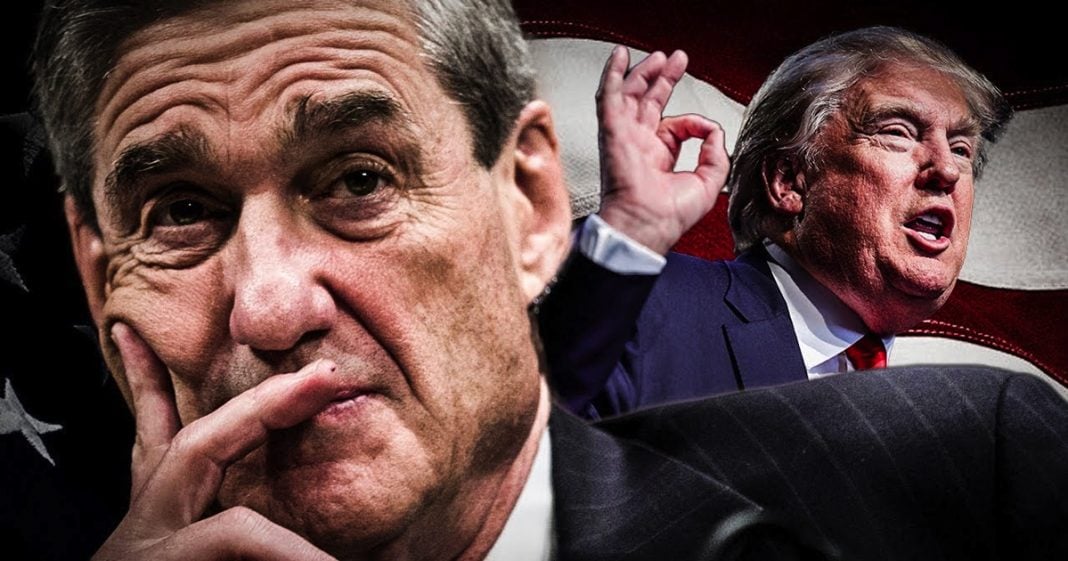 A big development has come up in the ongoing investigation into the Trump administration by special prosecutor Robert Mueller. According to reports, the IRS is handing over tax return-related information to Mueller regarding several people involved in the Trump campaign and the Trump administration. It is unclear as of now if Trump’s returns have been handed to Mueller, but as Ring of Fire’s Farron Cousins explains, this is the part of the investigation where all of the dirty deeds of the Trumpsters will be revealed.

According to a new report on CNN, the IRS is officially handing over documents to special prosecutor Robert Mueller in his investigation into possible collusion and criminal activity in the Trump campaign and the Trump administration. This latest information shows what they believe is that Mueller is looking into the IRS tax returns from people like Paul Manafort and Michael Flynn. Manafort worked on the campaign. Flynn worked in the administration. They’re trying to find out what kind of payments either person received from groups like Russia or Turkey, or any other foreign entity.

However, we do not know for sure that those are the people that Mueller got information on, and we do not know if Mueller received information from Donald Trump’s tax returns. Right now this is all still speculation, but we do know that both former and current members of both the Trump campaign and the Trump administration have been targeted, and their information from the IRS has been handed over the Robert Mueller. According to reports, what he’s seeking is banking records and real estate records. It’s that second one that leads many people to believe that he actually is looking at Donald Trump’s tax returns.

One of the things we know that came out recently was one of Donald Trump’s associates that he bought some property with and took out some loans with up North had actually been convicted on criminal charges. Trump knew this but still sought a loan with this person, which is highly illegal. That could be one of the things that Mueller is looking into, because that definitely would point to some criminal activity on Trump’s part that actually has nothing to do with the original intent of this investigation.

Robert Mueller has a special power that was granted to him by the interim AG when he was appointed. He is allowed to pursue any form of criminal evidence in this investigation whether or not it relates to the initial claim of collusion with the country of Russia, meaning if Mueller uncovers something that he thinks might lead to a completely different financial crime by anyone that’s been swept up in this investigation, he is allowed to pursue that crime, as well, in addition to the original investigation of collusion. So don’t think that just because Mueller’s got Trump’s tax returns and they don’t show that he colluded or received payments, don’t think for a minute that that doesn’t mean Donald Trump can’t be prosecuted for something else, because it absolutely does.

I think that’s why Mueller is taking his time here, working with the IRS, trying to get as much information as possible on as many people as possible, so that one day he can walk into the Senate or walk into the White House or walk up to a podium for a press conference, drop a file and say, “Hey, I’ve got 15 indictments in my hand for 15 different people. Line up and come get them, Trump administration.” I think that’s what most people in this country are hoping for at this point.