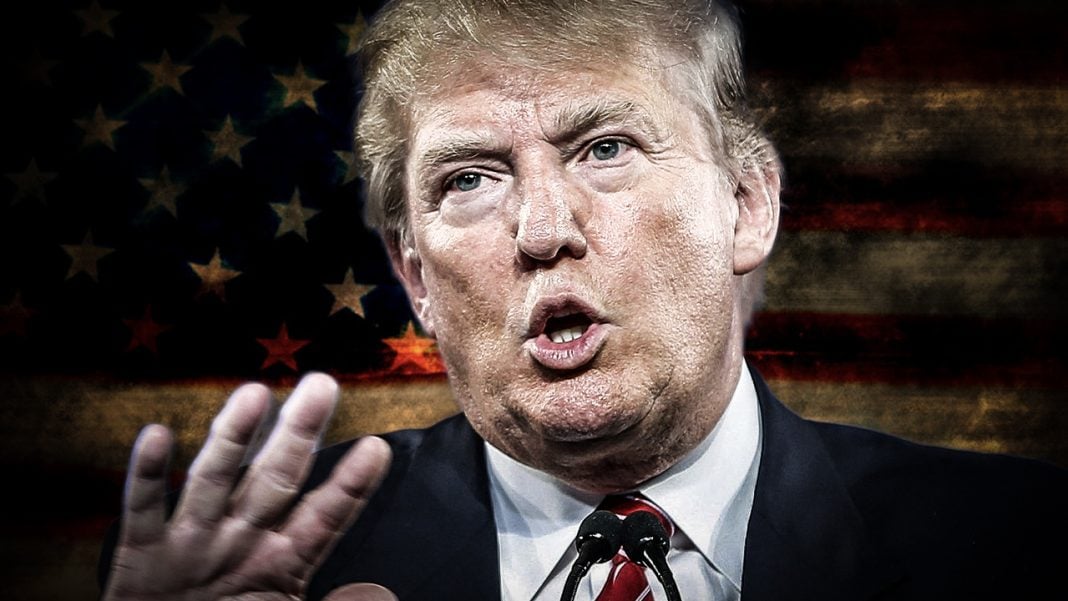 Donald Trump loves to tell the public that his White House is running smoothly, but recent reports have shot that talking point straight to hell. According to reports, many of Trump’s staffers have turned to hiring headhunters or talking with employment agencies to get them jobs outside of the White House so that they can leave Trump behind. Ring of Fire’s Farron Cousins discusses this.

Now it’s no secret that staffers within the Donald Trump White House have been unhappy with their job basically since day one. As early as March stories started coming out about how staffers were miserable, how they didn’t like to be around Donald Trump, how his erratic behavior and instantaneous anger led them to live on pins and needles not knowing who they were going to be facing that day in terms of Donald Trump’s personality.

On top of the fact, they’re constantly berating the President behind the scenes to one another, they do not take him seriously and they do not think that he’s doing a good job. In spite of all of that, in spite of all of those reports, Donald Trump has been telling us constantly, especially recently after a slew of firings at the end of the summer, that things in The White House are running smooth, smoother than ever. Probably the most smooth the White House has ever been.

Well, as it turns out that’s not the case, and in fact those staffers who don’t really like their jobs, they’ve actually gone out and they’re now hiring job head hunters and talking to employment agencies to find them new jobs outside of The White House, possibly outside of government altogether. Whatever they can do to get rid of Trump.

Now this is according to a new report by Politico, but yes, the staffers inside The White House who promised to stay on at least through the end of the year have decided that they can’t take it anymore and they want to get away from Donald Trump. I don’t know if anybody has ever tried to hire a head hunter or looked into any of those services. It’s actually very expensive. It costs a lot of money to hire a good recruiter to find you a decent job, especially in a city like Washington, DC.

But these people are so fed up with their position in the Trump Administration, so fed up with having to constantly lie and pamper this toddler man-baby President that they have decided to incur those costs in order to find a different job where they won’t go about hating their lives from sun up to sundown.

But that’s what we’re dealing with here. Donald Trump told us when he came into office that he was only going to hire the best people, just the best people. Well, it turns out the best people don’t want to work with you. We have seen a number of people decline invitations from you to be appointed for positions and now even your regular staffers who weren’t elected, they’re not high profile people, they didn’t have to go through Senate confirmations, they don’t even want to be around you.

These people should be able to find new jobs pretty quickly once you consider that particular feat on a resume because there’s not too many people in this country that could stand to be around a guy like Donald Trump for more than a day, let alone eight solid months.