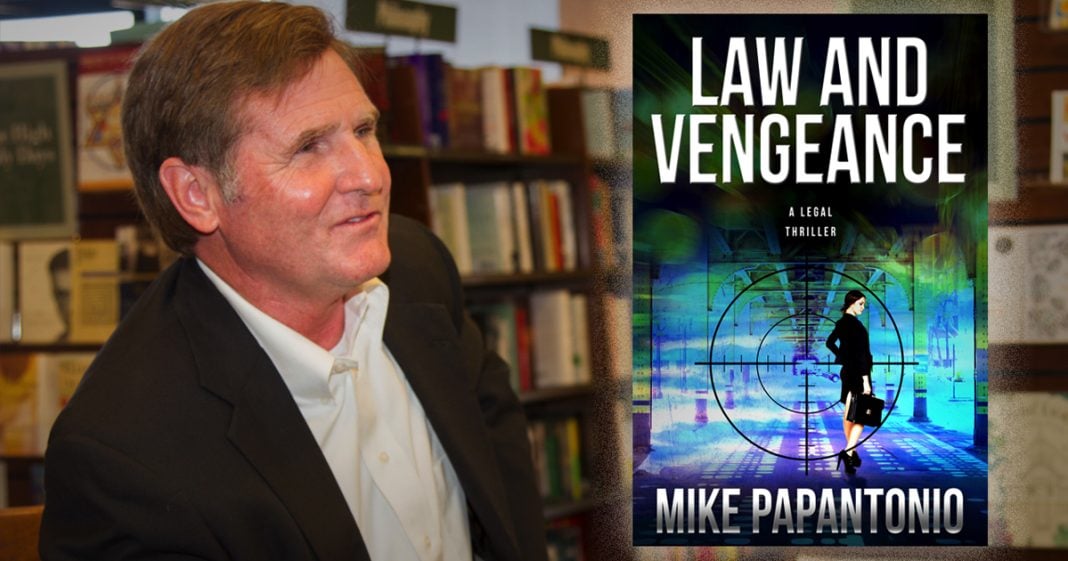 Mike Papantonio’s discusses his history as an author and how when you write a fiction book and it’s based on reality, it just seems to very often write itself. Mike Papantonio’s second novel in his legal thriller series hits bookstores on September 26th!

Writing books was a natural progression. I was a journalism major at University of Florida. My actual major was news editing. My intent was to become a foreign correspondent. Before I actually made that step, I was brought into the idea of going to law school by probably one of the premier trial lawyers of his time. His name was Perry Nichols.

All that time that I … No matter how many years I tried cases, I always knew that writing was something I enjoyed. Here I was surrounded with some of the most interesting, compelling stories in the country. It’s kind of impossible to walk away from those stories and say, ‘Gee. I’m just not going to write’, so I started writing basically books that were motivational books for lawyers that had to do with how to balance their lives better, how do you live in the life of the trial lawyer that’s very, very involved and, at the same time, have a life outside of that where you’re a good spouse, you’re a good parent, you’re a good citizen of the community. How do you do that?

The first book I wrote was “In Search of Atticus Finch”. After that came “Clarence Darrow, the Journeyman”. Then after that came “Resurrecting Aesop”. All of those, they really focused on trying to tell lawyers that you can have a better quality of life and you don’t have to fall into that abyss that sometimes gobbles up trial lawyers because the job is a very, very tough job at the top of the game. Those were very successful, but they were niche books. They kind of fell into lawyer’s bottom. From there, I just said, Gee. It’s time to start writing fiction.

I would say really writing the fiction is a little easier than writing the motivational book for the types of things I was doing before. If you’re not careful, motivational books come out sounding a little pollyannish and you go, ‘Gee wiz. I don’t know if this is going to change anybody’s life.’ When you write a fiction book and it’s based on reality, it just seems to very often write itself.