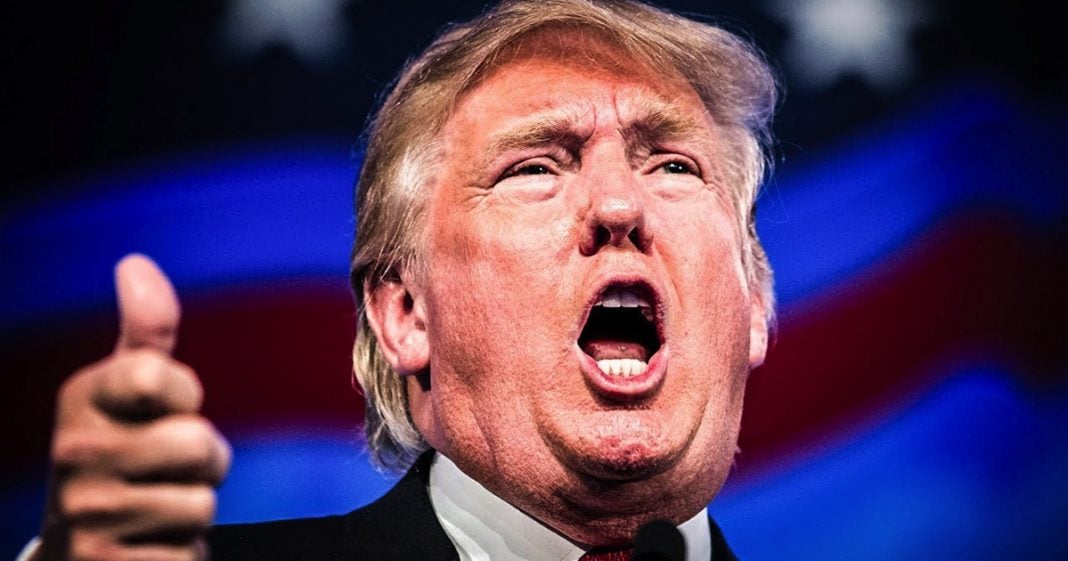 According to a new report, while White House staffers believe that Trump’s attacks on the NFL are “nutty”, they are at least relieved that these attacks can’t result in any kind of nuclear war, unlike his belligerent attacks on Kim Jong-un. This says a lot about the fears that these people who are close to Trump are having, and Ring of Fire’s Farron Cousins explains what this really means.

Donald Trump had a pretty bad weekend picking fights with the NFL and the NBA, and losing both spectacularly, but according to staff within the White House, this was actually one of the best weekends they have had. Why? Not because they didn’t Donald Trump’s Twitter feud with two major sports leagues was stupid, in fact they referred to it as nutty, but his White House staff was jubilant over the fact that he was picking a fight with somebody that wouldn’t result in a thermonuclear war from taking place on U.S. soil. Now obviously they’re referring to the fact that he gets on Twitter and antagonizes Kim Jong-un, he antagonizes him at the UN, he antagonizes him during speeches. So White House staffers were pretty relieved for once to see Donal Trump picking a fight with an organization, or a group, or a specific sect of people that do not have access to nuclear weapons and can’t come and bomb the shit out of the United States like North Korea continues to threaten to do.

So yeah, I guess that’s a good thing. I guess that’s a positive that came out of Donald Trump’s Twitter feuds this past weekend is that it doesn’t put us in any more danger of being attacked by a foreign country, but what this story shows us is that White House staffers are legitimately concerned that Donald Trump’s reckless nature is going to get us attacked at some point. Clearly they’re thinking that Donald Trump is going to cross a line, as if he hasn’t crossed them already, that’s going to lead to an attack here on United States soil. Maybe it’s North Korea, maybe it’s Iran, maybe it’s somebody else we haven’t even thought of yet, but one thing is for certain, staffers in the White House are very concerned about the mental stability of Donald Trump.

They’re concerned about the fact that he is unpredictable and clearly unstable, and they’re just happy when he picks a fight with somebody who doesn’t have nuclear capabilities because to them at this point, after all the crap they’ve seen behind the scenes, if Donald Trump fights with somebody who can’t send bombs over to the United States, they’re going to count that as a win.