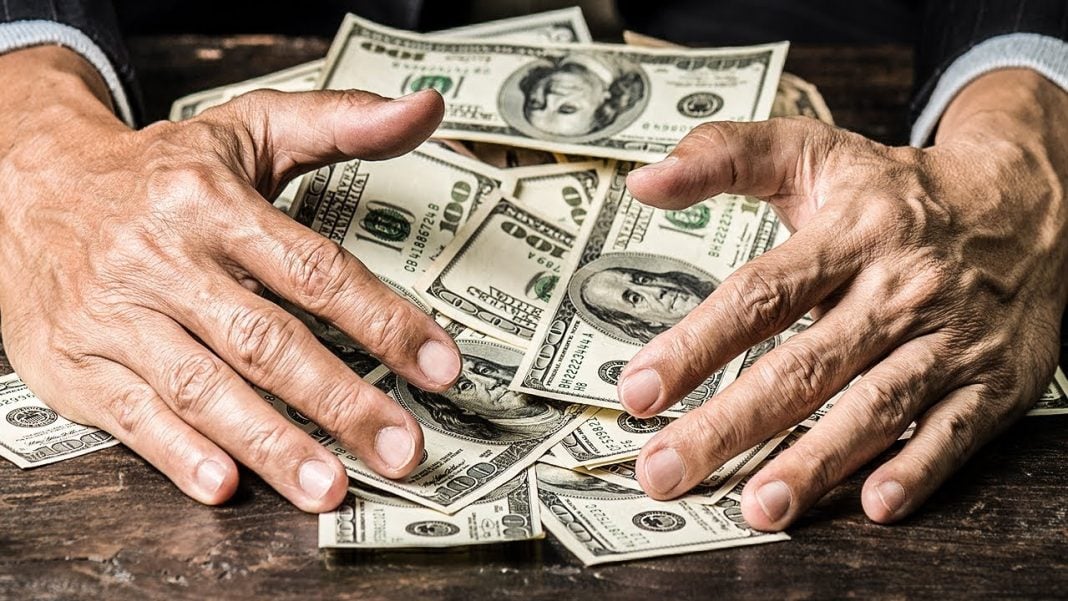 Politicians and pundits in Washington, D.C. are scolding American citizens about the improbable nature of things like debt-free college and universal healthcare. They tell us that these projects are simply too expensive and we need to be more realistic. According to the data, the federal government hands out about $80 billion a year in subsidies to businesses (most of which already pull in billions of dollars in profits), when this money could be used to fund vital services instead. Ring of Fire’s Farron Cousins discusses the hypocrisy of elected officials who give everything to corporations and nothing but lip service to American citizens.

One of the biggest things that’s really made me angry over the last few weeks is the fact that not just Republicans but also some corporate Democrats who continue to tell us that we absolutely cannot afford these proposals being put forth by people like Bernie Sanders. The things that the public really wants, like Medicare for all or debt-free college or increased Medicaid, increased Social Security. “We simply can’t afford that,” these so-called progressives are telling us.

Well, here’s a number that I want everybody to remember forever, 80 billion dollars. Remember that number, and no, that’s not just the amount that we increased our military budget by this year even though it’s the same amount.

Why? Most of that is coming from states and local governments. The money comes from the federal down to the local levels, and they pay companies, like Walmart or other big box stores, Target, Best Buy, things like that, Home Depot, Lowes, to come into their areas and build a store because it creates commerce, and it does. That’s absolutely true, but what the companies do is they start engaging in basically auctions.

They pit one city against another and say, “This city’s willing to give us X, Y, and Z. What are you going to give us to beat that?” They get a counteroffer. They take it back to the first city. Essentially, these companies are screwing over taxpayers several times in a row just so they can get some money to go build a store in an area where they were already going to build a store. That’s what gets me about this.

“Oh, Walmart’s not going to come here because we don’t give them a million dollars in tax breaks off the top?” Bullshit! Walmarts pop up all the time. They’re going to continue doing that. Why? Because they like money. Same thing goes for any of these other stores.

This isn’t just about Walmart. It’s about all of them, and yet, we can’t help ourselves from giving them 80 billion dollars a year, so that they can come into our communities, pay minimum wage to their employees, which the taxpayers in the areas then have to subsidize for things like food stamps and Medicaid because these people can’t afford it, and they don’t get health insurance from their employer. That’s another side effect of this. And yet, some of these progressives, Democrats, and Republicans have the audacity to tell us that we can’t afford debt-free college. We can’t afford Medicare for all. We can’t afford to keep paying out Social Security.