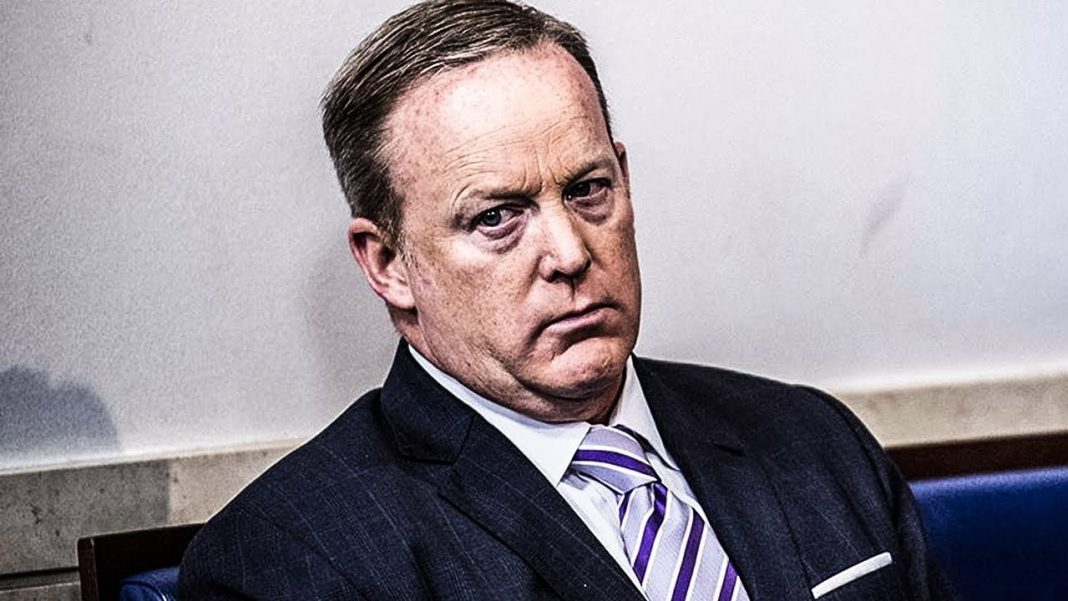 Ever since he left the White House, Sean Spicer has been looking for a new job. And while that is already tough in today’s economy, it is even tougher for a guy like Spicer because he has absolutely no credibility. Or at least, that’s what all 5 major news outlets in the United States have told him. No news outlet is willing to hire the former White House Press Secretary because they don’t believe that he is an honest person, and as Ring of Fire’s Farron Cousins explains, that’s exactly what Spicey deserves.

When Sean Spicer came out at the Emmys the other night, everybody laughed, everybody thought it was hilarious, and even Sean Spicer seemed to be having a really great time. But thankfully by midweek, his 15 minutes of fame were completely expired. According to reports this week, people working for Sean Spicer, his handlers, his publicist, or whatever you want to call him, have been talking to the big five networks: CBS, ABC, CNN, Fox News, and NBC News. And do you know what all of those media outlets told Spicer’s people who were trying to get Sean a job? We are not interested because your guy has a real credibility problem. Keep in mind, Fox News was among the networks that declined to hire Sean Spicer as a full-time paid contributor.

But no network at this point is willing to take on that much of a liability. Because in addition to just being a liar, Sean Spicer is also a very weak debater. You know, say what you will about people like Tomi Lahren who consistently lie about everything they talk about. She at least can hold her own because she gets angry and defensive and knows when to yell. That doesn’t make anything she says true, but it makes her entertaining.

Sean Spicer gets backed into a corner and suddenly doesn’t know what to do. That doesn’t work when you go on a media panel trying to convince people that you’re correct and they’re wrong. So nobody want Sean Spicer. Poor guy can’t find a job. And I know it’s already tough in this economy to find a job, and I can’t imagine how tough it would be if you are famous, only because you’ve been lying to the American public for about six and half months on behalf of the least popular president in American history.

Good luck with the job search, Sean. Perhaps, try out Monster.com or CareerBuilder, or any of those other job websites, because the corporate media gig that you’re wanting to get simply isn’t going to happen.