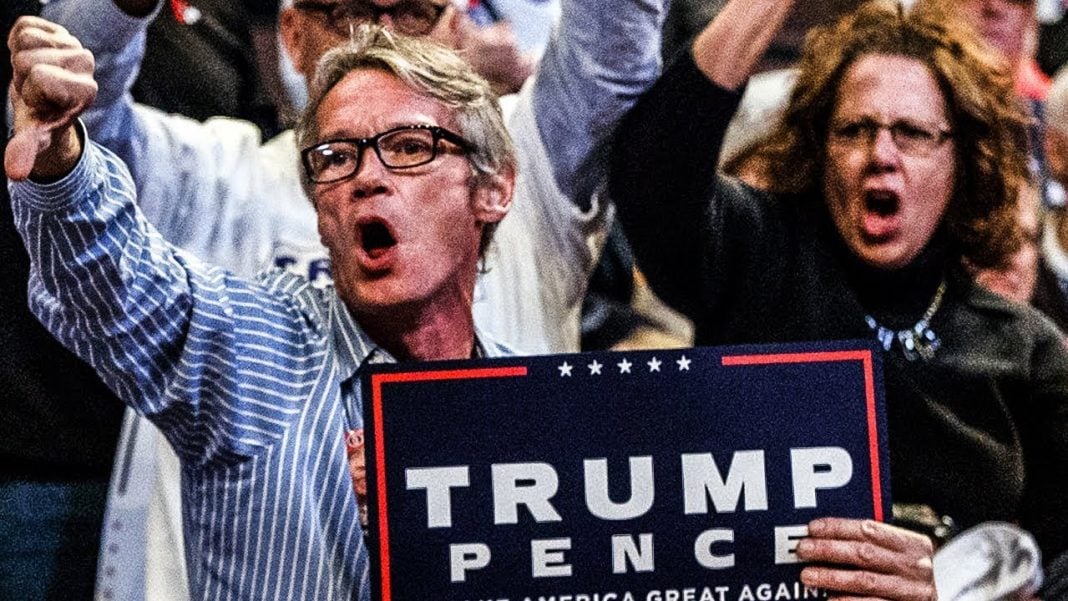 Vice News recently interviewed several swing voters who had supported Obama in two elections but then switched to Trump, and most of them have already grown to regret that decision only 8 months into Trump’s presidency. The piece offers some great analysis about what made people switch sides, but at the end of the day, these regretful Trump voters want sympathy, and as Ring of Fire’s Farron Cousins points out, that isn’t going to happen.

It’s been quite some time since a media outlet put forth yet another story talking about how regretful Donald Trump voters are these days, but there actually was one that came out this week by Vice News, that caught my attention and really helped explain things in a way that some of these other think pieces haven’t done. In particular, the Vice piece only talked to Trump voters who had previously voted for Barack Obama in both the 2008 and 2012 elections. So these were former Obama voters who voted for Donald Trump and the response, as you would imagine, from most of them, was that they regret the vote for Donald Trump. In fact, one of them went as far as to say, “I don’t even see how things could get any worse at this point with Donald Trump.”

Then the news outlet did something even better, than just saying, “What are your thoughts on Trump?” They tried to understand why these former Obama voters decided to vote for Donald Trump in the first place, and they even asked the question, “Would you vote if Trump was running against Obama, would you vote for Obama or Trump?” And they still couldn’t answer that question.

What Vice has exposed here, through these former Obama, current Trump voters, is the level of manipulation with which Donald Trump ran his campaign, and yes, some of them are sorry about it. They regret getting conned and they understand that they were conned, but they were conned. The responses from the rest of these people who do not regret their vote for Donald Trump and who do not whether they’d vote for Obama over Trump, are still conned, because they still believe that Donald Trump is working for the middle class. They still believe he’s going to bring those jobs back. They still believe that he’s going to cut their taxes in any kind of meaningful way.

That is a level of ignorance, I should say, and I don’t mean that in necessarily an offensive way, but it’s a level of ignorance that is very difficult to overcome. Again, plenty of pieces have come out in recent months, showing Trump voters are sad, upset, horrified that they actually voted for Donald Trump now that they see what he’s about, but this one dug deeper. This one is actually worth a read, and there’s a link in the description here, and I encourage everyone to go read it, because this one makes you think.

More importantly, it puts the issue out there of, how do we reach these voters? How do we talk to people who are consistently conned, but do not understand it yet? We can put forth all of the data, all of the stories, all of the horrible racist things that the president has done, and they still aren’t willing to accept it yet. That is on us. We have a duty, everybody in this country, to help educate these people. I don’t mean … again, don’t mean this in a disrespectful or condescending way, we have to help people find better news sources. We have to explain things in a way that people can understand.

When they talk about Democratic politicians being elitist and snobs, to an extent I understand that, it’s not true, but the way they talk, the way they discuss policy, their snide little remarks from some of the hosts over at MSNBC, condescendingly talking to their audience as if they’re the smartest people on the planet, and I know you know who I’m talking about, that doesn’t help. What helps is actual conversations with these people where you treat them as equals, because they are. That’s where we have to get.