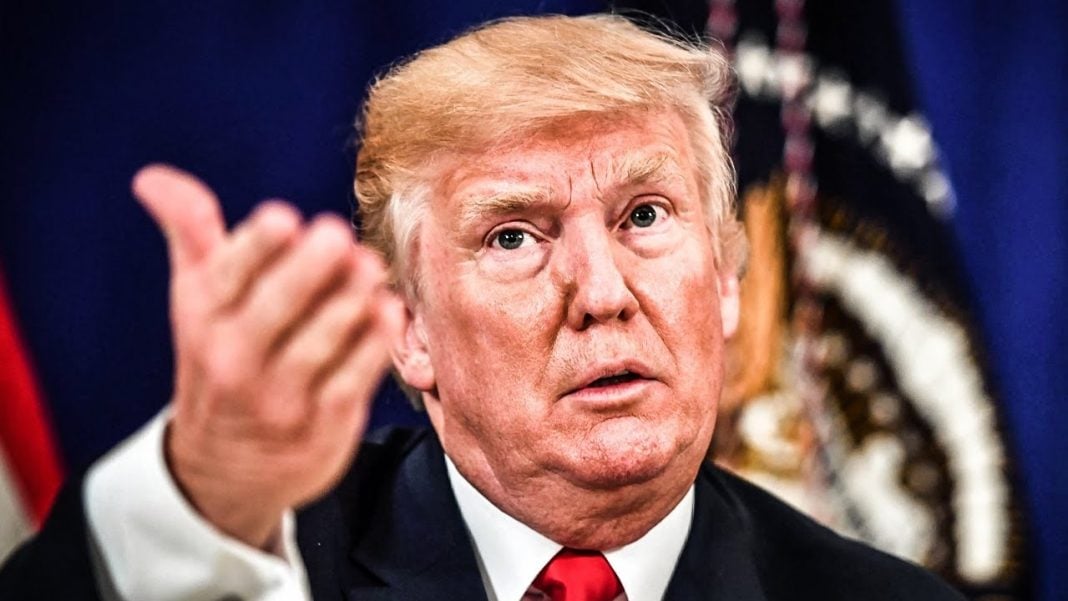 Donald Trump has repeatedly asked the Pentagon to look into holding parades in Washington, D.C. featuring both military equipment and soldiers, similar to what we see in footage from North Korea. Although the Pentagon thinks this is an insane idea, Trump keeps pushing for it to show off our military might. Ring of Fire’s Farron Cousins discusses this.

When you picture North Korea, when you think about the coverage that we’ve seen from North Korea, what is the first image that pops into your mind? I’m sure most people would say that it’s the parades that they have, where they take the missiles on the trucks and they parade them around the streets so people can see it. And ooh and aah at North Korea’s military might and the tanks are there. Yo, it’s the same thing that they used to do in Nazi Germany and in Italy under Mussolini. They would bring out these massive military weapons and parade them down the streets to showcase their military might. Donald Trump wants to do that here in the United States. According to reports, Donald Trump has repeatedly asked the Pentagon to hold parades in Washington, DC down Pennsylvania Avenue, showcasing their tanks and their missiles. Essentially recreating what we currently see in North Korea and what we used to see under Hitler’s Germany.

He wants to show the world how strong our military is by parading all of these pieces of equipment down the street, as if we’re all children and toddlers who will still ooh and aah, at the fact that we wasted $700 billion a year to buy this crap for no reason, other than to make Donald Trump feel better about his own ego, because that’s what this is. That’s why these other countries do that. They do that because they feel small. They do it because they feel weak, and these little patriotism parades make them feel strong. Donald Trump, on several different occasions, including before his inauguration has asked the Pentagon to do this, and they said no, but that isn’t stopping him. He has reportedly asked his Chief of Staff, John Kelly, to look into making this happen for the next Fourth of July Parade in Washington, DC. And according to Trump, it may happen even sooner than that. They don’t know. But this is something that he wants to do. Why? Because he has the same mental capacity and outlook on the world, as people like Kim Jong-un. Donald Trump wants to be our dictator.

This is proof, folks. I don’t know what more you need at this point, but never has there been a good well respected country or leader that says, “You know what? Let’s parade all of our tanks and missiles down the street, just so everybody knows what we can do if we ever need to do it.” You don’t see well respected normal stable countries doing that, and yet, that is exactly what Donald Trump has been asking the Pentagon to do, apparently since before he was even inaugurated.