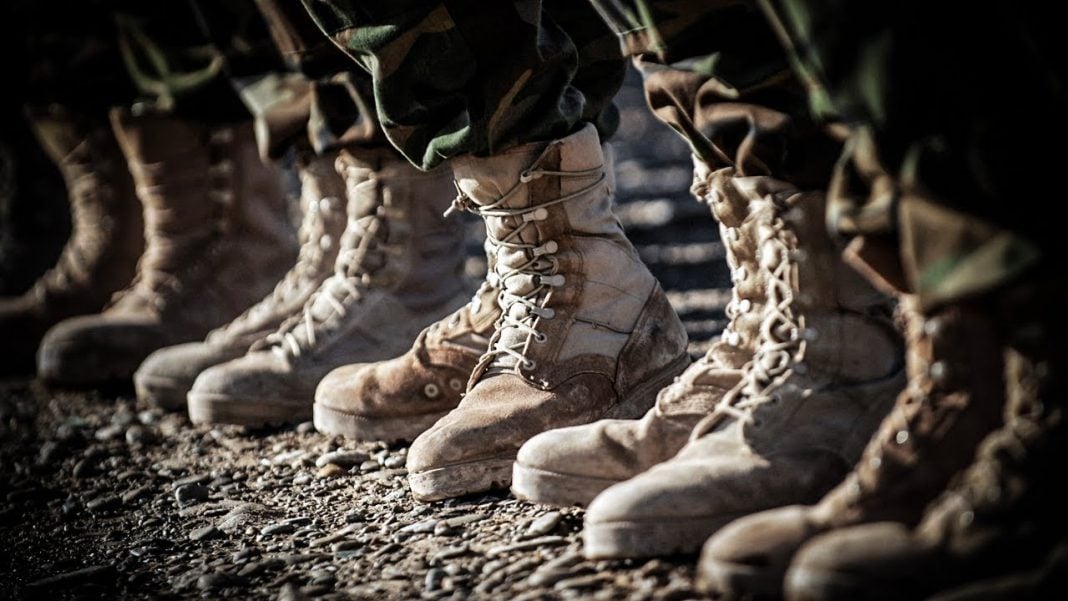 The United States spends more than any other country in the world on our military. In fact, we spend more on our military than most other countries combined. So it is rather shocking to hear politicians from both sides of the aisle tell us that we can’t afford things like universal healthcare or debt free college, when all we have to do is shift funding from our bloated military budget to do it. Ring of Fire’s Farron Cousins discusses this.

Earlier this week, the House of Representatives voted on the National Defense Authorization Act of 2018, the NDAA. That is the piece of legislation that funds the military for the coming fiscal year.

They decided that they were going to give the military 700 billion dollars to operate in the next 12 months. That is an 80 billion dollar increase than what they had the previous year.

If we’re willing to spend, as a country, 700 billion dollars on our military for just one year, why are we being told that things like universal healthcare, medicare for all, debt-free college, after school programs, infrastructure development, why are we being told that those things are too expensive or that they’re pipe dreams that the federal government could never fully handle, operate, execute? We just can’t do it because we don’t have the resources. We have heard that argument too many times in the last few weeks, especially with regards to Bernie Sanders Medicare for All legislation. That includes those talking points coming out of the mouths of alleged democrats in Washington, D.C. We just can’t afford it.

Here in the United States, we spend more on our military than any other country on the planet. In fact, we spend so much on our military that we spend more than most other countries combined. We’re not even close to having anyone else spend near as much on their military as we do. Part of this budget authorization includes 94 brand new F35 fighter jets, which was 2 dozen more than what the Pentagon actually wanted, but Trump wanted them to have 94 instead of 72, so we increased it. Congress went along with it. We gave them the money for planes that we don’t need and the Pentagon didn’t even want, but healthcare for everyone, we can’t afford that folks. Sorry. Why don’t you go to your private insurer who is going to jack up your rates whenever you get sick and may not even cover you next year because you got sick. That’s what’s in the legislation that Republicans are actually currently working on.

Next time anyone tells you that a program proposed by a Democrat or any kind of pie-in-the-sky let’s fund something for everyone type legislation is just too expensive. Use this argument against them. That 700 billion dollars for one year of military operations. If we can afford that, we can afford anything.