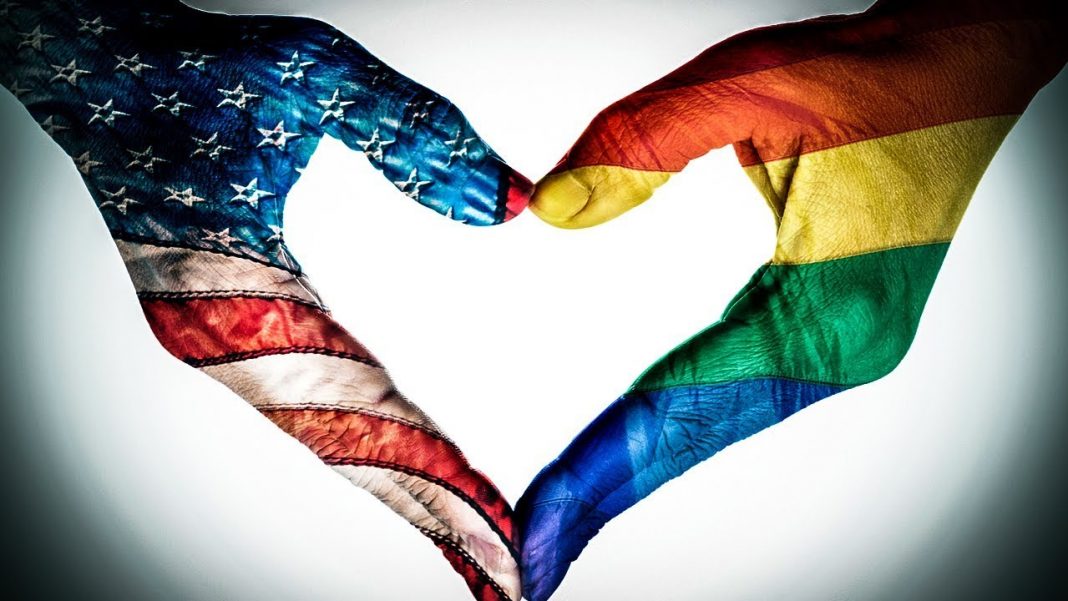 According to a federal judge in Michigan, business owners can legally discriminate against gay people as long as they explain why they did so on Facebook. The ruling will no doubt be appealed to a higher court, but this is the second ruling in recent weeks that has allowed businesses to discriminate against groups they dislike, setting a very dangerous precedent. Ring of Fire’s Farron Cousins explains why these rulings show that America is moving backwards rather than forwards.

This past Friday a judge in Michigan handed down a verdict that allowed a business owner in Michigan to discriminate against gay people because, and this is probably one of the weirdest things I’m ever going to have to say, this guy’s allowed to discriminate against gay people, as is anybody else in this area, because he explained why he was doing it, on Facebook. So, according to this judge, you can treat other people like crap, you don’t have to let them utilize your businesses or your services, as long as you go and make a Facebook status update saying why you don’t like gay people. Or more importantly, let’s put it in terms that actually mean something, why you think you’re better than gay people, because that’s what this is all about, right? At the end of the day, that’s what this is.

This judge, who was a George W. Bush appointee, ruled in the case for this guy in Michigan, he owned a farm, and he wanted to go sell his goods at a farmer’s market, but the farmer’s market wouldn’t let him, because they know he’s a huge anti-gay person, and they were like, “No, we’re not going to let you come sell your goods here, you’re a bigot, you’re full of hate, go away.” So he said, “Okay, okay. If I come to your market I will sell my goods to gay people, but I also rent out rooms on my property to couples that are about to get married and I just will continue to not rent those rooms out to gay people, because my religion says marriage is between a man and a woman.” It’s that little explanation, which he gave on Facebook, that the judge says, “Hey, he explained it, it’s religion we’ve got to let it go. He’s allowed to do this.”

Now, here’s something that I think these judges need to understand, including the one who a few weeks ago ruled that, yeah, businesses can discriminate against anybody they want, based on religious reasons. That’s actually illegal, that’s actually been ruled on by the Supreme Court, and no, you can’t. You can’t advertise a business or operate a business that does not, for example, want to allow black people to use its services, or that says, “Black people need not apply,” or that, “Women need not apply.” You can’t do that according to the United States Supreme Court, and this case is no different, regardless of this man’s religious affiliation, you can’t discriminate against other human beings in the United States, according to the US Supreme Court.

Now this ruling by this W. appointed judge, is definitely going to be appealed and it’s going to go up to a higher court, where hopefully some of the folks on that bench have a bit of a brain, but right now what we’re seeing with this decision, and the one a few weeks ago, is that judges across this country are perfectly fine with allowing business owners to discriminate in both cases, specifically against gay people, but again, it is a snowball effect. First it’s going to be the gay people, then it’s going to be Blacks and Muslims and Hispanics and women, and then maybe bald men or fat people, who knows? Who knows where it could go?

That’s why these are so dangerous. It’s horrible for the LGBTQ community that they even have to go through this. And if everybody else doesn’t step up and defend them and support them in their fight against these oppressive businesses, then you will be next. Eventually they’re going to come after you, because you’re going to do something they don’t like and they’re going to want to discriminate against you too.