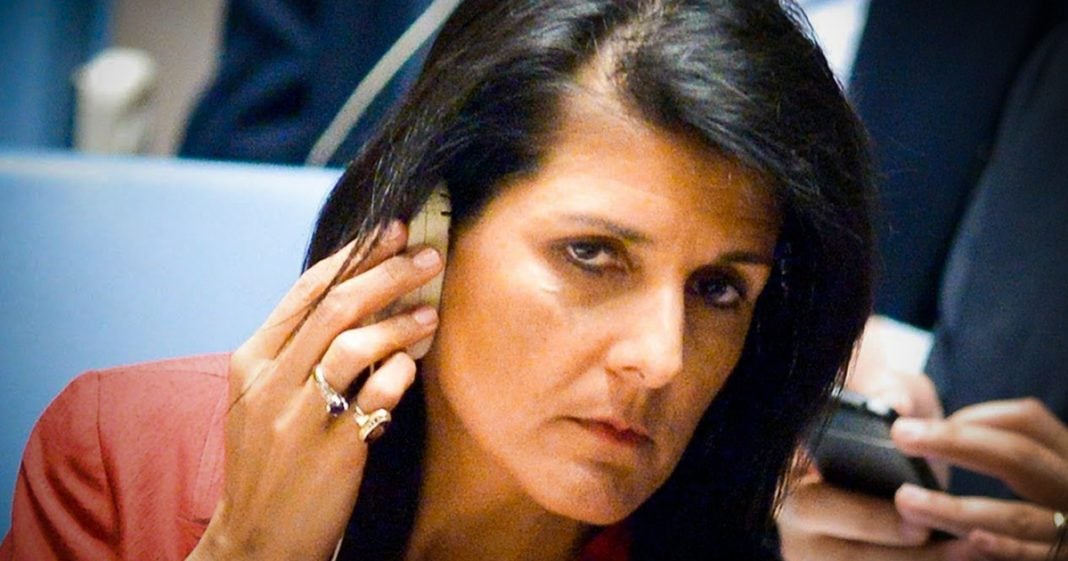 Several days ago, Donald Trump appeared before the United Nations and did what he did best: spouting nonsense. In his unintelligible cluster of word salad, he managed to bring his new nickname for Kim Jong Un into the mainstream: ‘Rocket Man.’ In this Majority Report clip, Sam Seder reviews Nikki Haley’s positive reaction to Trump’s nicknames. Keep in mind, Haley is the current U.S. Ambassador to the U.N.