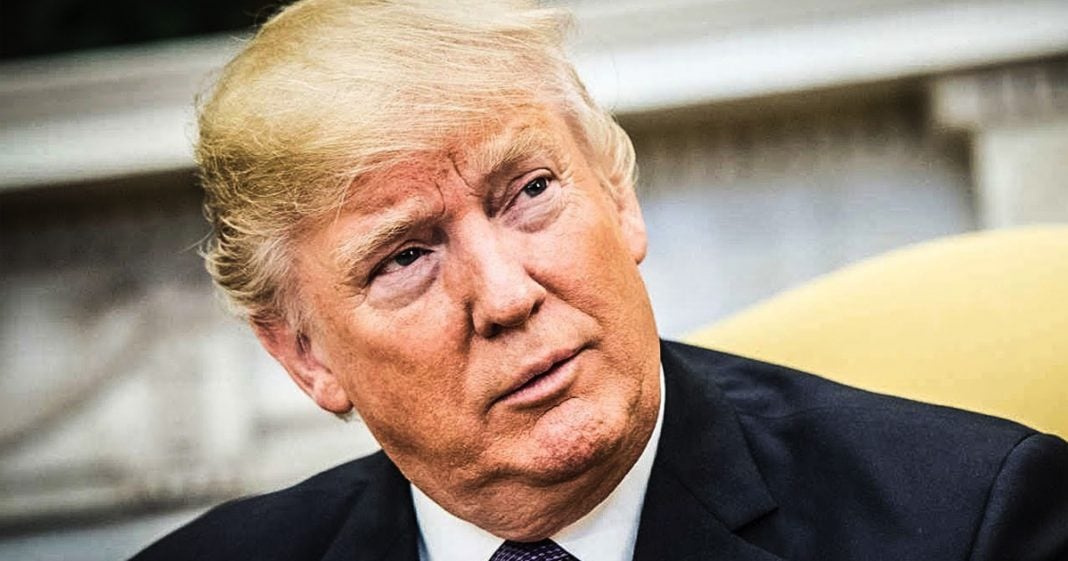 As the Sinclair Broadcast Group continues to tighten their grip on local news media outlets, they are increasingly forcing outlets to run pro-Donald Trump propaganda. Journalists at the network are getting fed up with the demands of their higher ups and they are now speaking out about the gross abuse of power. Ring of Fire’s Farron Cousins discusses.

While it’s no secret that most mainstream media outlets, particularly those that appear on cable, are controlled by major corporations, most people like to think that when they turn on their local 5:00 or 6:00 news, they’re getting just straight, unfiltered news of the day from their local community. However, that couldn’t be further from the truth. The truth is that a majority of media outlets here in the United States, the little local news outlets, are actually owned by Sinclair Broadcasting Company, and if a merger goes through that Sinclair is currently working on trying to merge with the Tribune Media Company, they’re going to own even more local news outlets.

Here’s what that means. Sinclair is a massively pro-Republican news organization, and they’re forcing the stations that they currently own to air pro-Trump segments throughout the United States disguised as if they’re coming from a local individual. This is not the first time Sinclair Broadcasting has done this. They used to do this back during the George W. Bush Administration. They would parade on a guy called Mark Hyman, who you had no idea wasn’t a local guy. Instead, he was sitting in a comfy, cozy office somewhere in Sinclair’s headquarters pushing out these pro-Bush, anti-Democrat little news segments that local news outlets were forced to package into their evening programing.

The same thing is happening today with these pro-Trump segments that local news outlets are being forced to report on, and journalists who actually work at these news outlets are getting severely angry over the fact that they didn’t sign up to work at a partisan news outlet. They were actually concerned about reporting the news to their viewers. It’s one thing if you go to work at a Fox News, or a Breitbart, or the Huffington Post, you know that you’re working at a organization that has a political slant one way or the other, but when you sign up to go work at your local channel three, or channel four, or channel five news organization, you’re thinking that you’re just going to be reporting. You’re going to be investigating things locally. You’re going to actually do something that makes a difference to the lives of the people within your communities, not being dictated to by some office up in New York City about what kind of stories you’re going to cover and how favorably you’re going to cover an idiot like Donald Trump.

Yet, that is exactly what’s happening in this country today, and most people don’t even realize that they are being force-fed pro-Trump propaganda from a massively pro-Republican news organization that owns their local news station. That’s something that people need to understand. There is virtually no place left in this country where you can turn on your television and get unfiltered, honest news reporting. I think one of the last real outlets that does that really is Free Speech TV. Beyond that, there is corporate or governmental influence in nearly every single outlet on the air today.

Now, that doesn’t include what’s happening online, or YouTube, or anything like that. I’m only talking about the things that are coming through on that big box in your living room. You’re not going to get honest news from these people, because they are being dictated to by someone else, whether it’s a corporation, whether it’s a pro-Republican organization, and sometimes the government itself and not necessarily just the government of the United States, but that’s what we get in our news and that’s why more and more people are choosing to turn it off. In the case of this Sinclair Broadcasting feeding you pro-Trump propaganda, that is about the only thing you can do to fight back against it, simply turn it off or move to another channel.