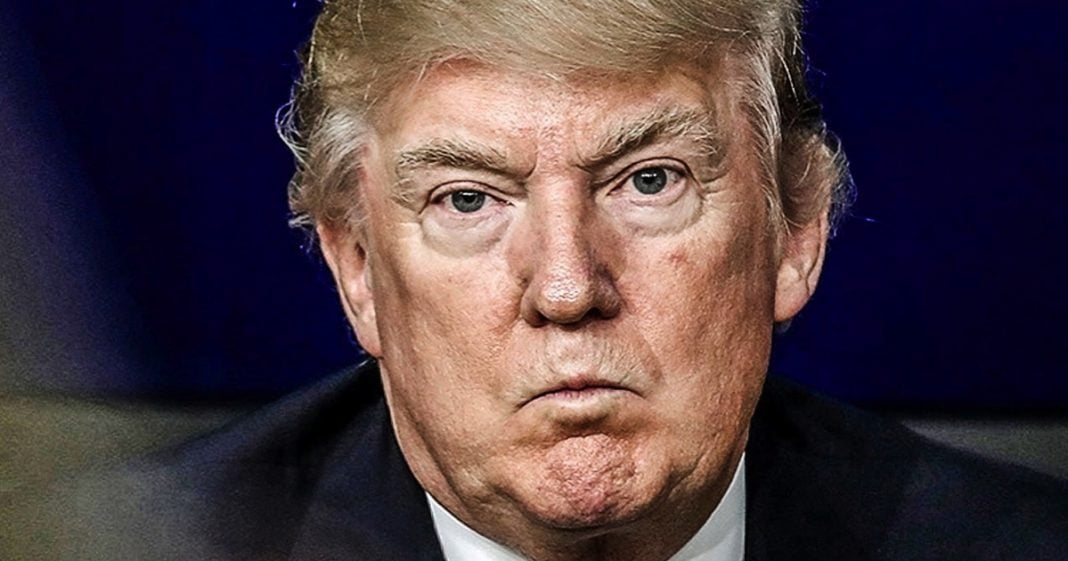 President Trump isn’t shy about letting the world know how thin-skinned he truly is, and his weakness was on full display this week when he decided to block a woman on Twitter who has stage 4 cancer just because she dared criticize the Republican healthcare plan. Trump and his Republican stooges don’t want us to know how bad their legislation is, and they will go to any length to shut down criticism of it. Ring of Fire’s Farron Cousins explains.

We all know that Donald Trump’s preferred method of talking to the American public is by tweeting. Kellyanne Conway, White House counselor, has confirmed that Donald Trump loves using Twitter because it’s his most direct route to speak directly to the American public unfiltered, uncensored. Just whatever he wants to say, it goes out there, and if he is using this as some kind of presidential tool, then it wouldn’t make sense to block anyone on Twitter from being able to communicate with you if that truly was your sole purpose here, but as it turns out, earlier this week Donald Trump decided to block a woman on Twitter because she was critical of the Republican plan to repeal and replace the Affordable Care Act.

But this wasn’t just some angry citizen. This was an angry citizen who also happens to have Stage IV Hodgkin’s lymphoma and she’s being critical of the healthcare plan because she understands in a way that most people in this country can’t possibly how important it is to have health insurance and what this Republican healthcare plan would do to people like her, whose premiums would rise to almost $140,000 per year because of her preexisting condition.

Now the woman who was blocked by the president, Laura Packard, has been steadily tweeting at the president since he was sworn in, usually about the issue of healthcare. Over the summer she posted a video of herself that later went viral talking about the Republican healthcare plan, her own health problems, and how this legislation that they had proposed at the time would absolutely be a death sentence for somebody like her and the millions more in this country who are in similar situations, but apparently Donald Trump had had enough. He didn’t want to hear anymore whining out of this cancer patient, so he decided to block her and effectively cut off any means that this woman may have had to speak directly to the president of the United States.

Everything that Miss Packard had said through her tweets was absolutely true. Everything she said in her video was absolutely true and again, if the current Graham-Cassidy bill were passed, the way it is right now from what we know, her premiums would rise to $140,000 a year. That is not a sustainable price for anyone unless you’re making over $10 million a year because even bottom-level millionaires probably wouldn’t be able to afford that much spending on healthcare every single year, but that is exactly what the Republicans are trying to do, and as Miss Packard pointed out back in the summer, this would be a death sentence for people like her.

This is not something that average American citizens or even 99% of the country would be able to survive. People would have to give up their insurance if the Republicans allow insurance companies to continue to jack up our rates any time we get the sniffles, but this Graham-Cassidy legislation would allow them to do exactly that.