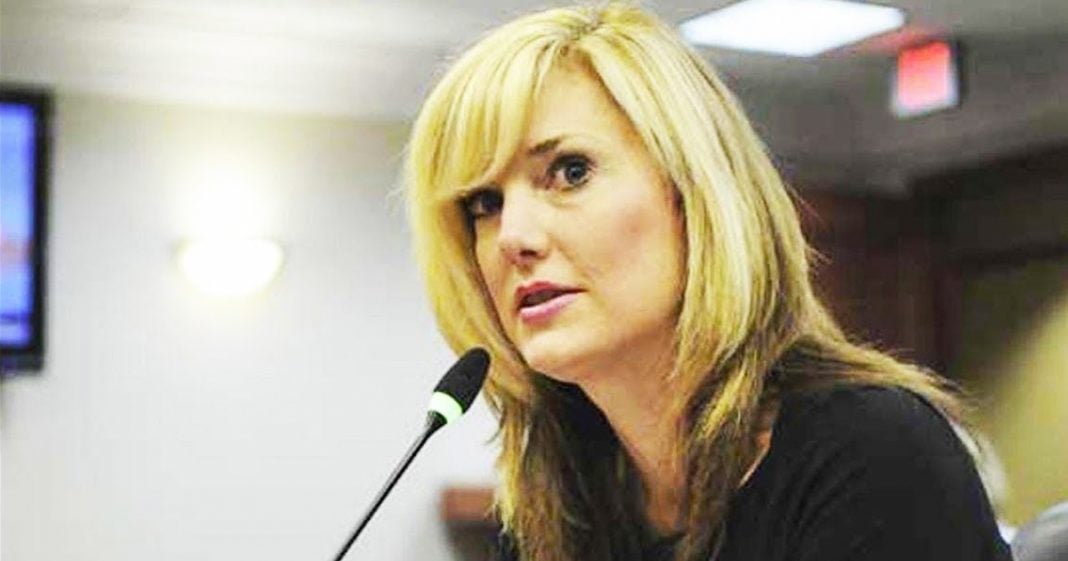 The House Majority Whip in the South Dakota has lost her day job at a real estate company after reports surfaced that she shared a meme encouraging people to run over protestors with their cars with the caption saying “All Lives Splatter, Nobody Cares About Your Protest.” But the real estate company apparently has more scruples than the South Dakota House because she won’t lose her job as a lawmaker over her decision to advocate in favor of killing protestors. Ring of Fire’s Farron Cousins discusses this.

South Dakota majority whip, Lynne Disanto, has lost her job. I should say, her day job with Keller Williams Realty over the fact that on Facebook Disanto, again Republican whip for the House of Representatives for the state of South Dakota, posted a meme of somebody running over protestors, and said, “Nobody cares about your protest, get your ass out of the street, #alllivessplatter.” Disanto then added her own caption that said, “This is a movement I think we can all get behind, #alllivessplatter.”

Now the real estate company, Keller Williams, had enough sense of duty, enough morals, and enough courage to tell Disanto that this was disgusting. We’re not going to employ you anymore, so once your tenure is up in Congress, don’t bother coming back, because we don’t want anything to do with you.

Now as for Republicans in the South Dakota Legislature, they’re perfectly fine with Disanto posting a meme advocating the murder of protestors here in the United States, and keep in mind, when this meme was originally posted by Disanto, it was less than one month after somebody in Charlottesville did just that. They ran their car over protestors and killed someone.

Republicans all over this country are trying to make that legal by passing legislation saying that if you’re in a street, and you’re protesting, we can legally run you down and there’s nothing you can do about it. And Disanto thinks that, that’s funny. Thinks that, that’s a good thing. Thinks it’s a movement we can all get behind. And then later on when she was frigging pressed about this, she said, “Oh, I meant it more as a stay out of the street public awareness type thing. This wasn’t meant to be some kind of horrible …”

Here’s the exact quote here. Let me say this. “I perceived it as encouraging people to stay out of the street.” That’s all it was folks, it was just a public service announcement gone awry. Don’t go out into the street, because you could get hit by a car, you know we all tell our kids that. But that’s not what you thought, you lying piece of crap. You knew what it meant, otherwise you wouldn’t have put the #alllivessplatter, and you wouldn’t have shared a meme that says, nobody cares about your protest.