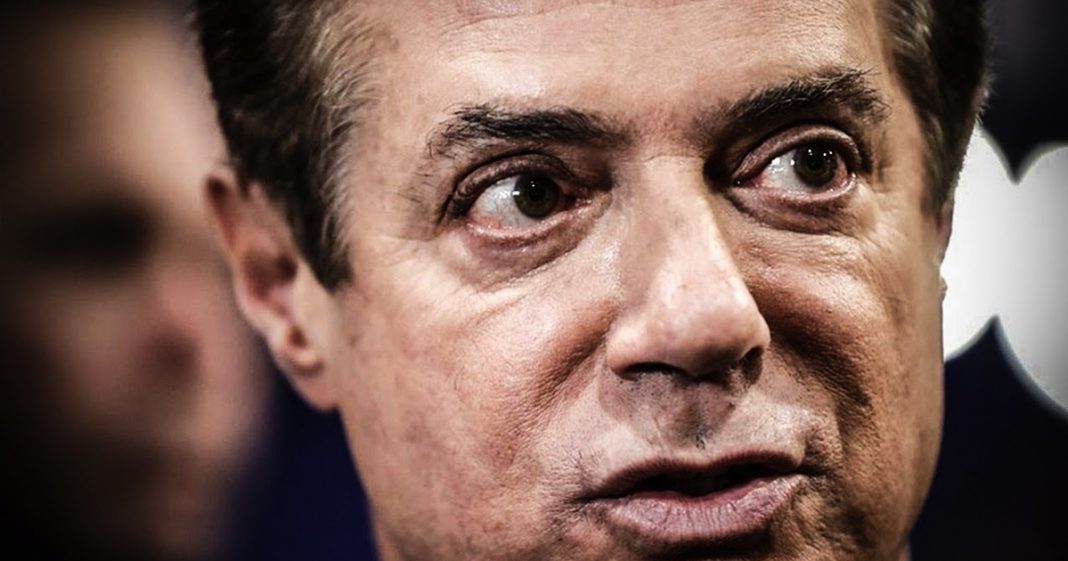 According to new reports, Trump’s former campaign manager Paul Manafort had been wiretapped by the federal government to investigate potential collusion with Russians. The wiretap was obtained legally, and was conducted both before and after the election – times when Manafort was known to have contact with Donald Trump. Mueller now has the info obtained from these taps, so could this be the final nail in the Trump campaign’s coffin? Ring of Fire’s Farron Cousins discusses this.

Now here’s the thing, the story makes it sound like Manafort was wiretapped because of his connections to Russians. Boom, this is a slam dunk, we’ve got him covered. Well, not quite. Yes, this is a very damning report for Paul Manafort, but there are several different pieces to this story that people need to understand.

First and foremost, the original wiretap had to do with communications that Manafort was having involving a situation between Russia and the Ukraine. Manafort was having communications with the Russians. The government was weary, or I should say leery, of what was going on. So, they went to the FISA court, they followed the procedure, they got a wiretap placed on Manafort. After some time, the initial wiretap yielded absolutely no evidence. They could not find any wrong doing on Manafort’s part. So that particular wiretap was dropped.

However, in May of Donald’s Trump campaign, Paul Manafort comes along, works as Donald Trump’s campaign manager until about August, when he is let go. But during that time, while he was Donald Trump’s campaign manager, several communications emerged that caught the attention of the federal government between Manafort and Russian officials, which led them to believe that Manafort might be trying to work with the Russians in order to influence the outcome of the 2016 election. So they went back to the FISA court, got a new wiretap placed on Manafort, and that wiretap lasted until early 2017.

Now, the information from those wiretaps has been turned over to Robert Mueller, the special prosecutor investing the Trump campaign’s, or investigating, excuse me, the Trump campaign’s collusion, potential collusion with Russia. This whole tangled web of Russian connections and Trump staffers just got a little bit more tangled. However, we do know that the federal government on at least two separate occasions believed that Manafort could be working with Russians, and one of those was at a time when he had absolutely nothing to do with Donald Trump. So it’s likely that these communications, at least the second one, because the first one again produced absolutely not evidence, but it’s likely that the second one could produce something that could lead to Manafort being indicted for his role in the collusion.

If you’re confused right now, don’t worry, a lot of us are. The initial stories that have come out about this have not been exactly clear. Sometimes you have to re-read them a couple times to get a fuller picture of what actually happened. But here’s the bottom line, the 10,000 foot of it, Manafort wiretapped by the federal government twice. We do not know if Donald Trump’s conversations with Manafort were involved in any of the wiretapped communications. We do know one of the taps existed at a time when Manafort had regular communications with Donald Trump, and we know that Bob Mueller now has the records of these communications and they could potentially lead to some further charges against Manafort in the future.

At this point, only time will tell, but we do know that this investigation seems to be getting deeper and deeper by the day, and it is currently ensnaring more and more members of the Trump administration and the Trump campaign.