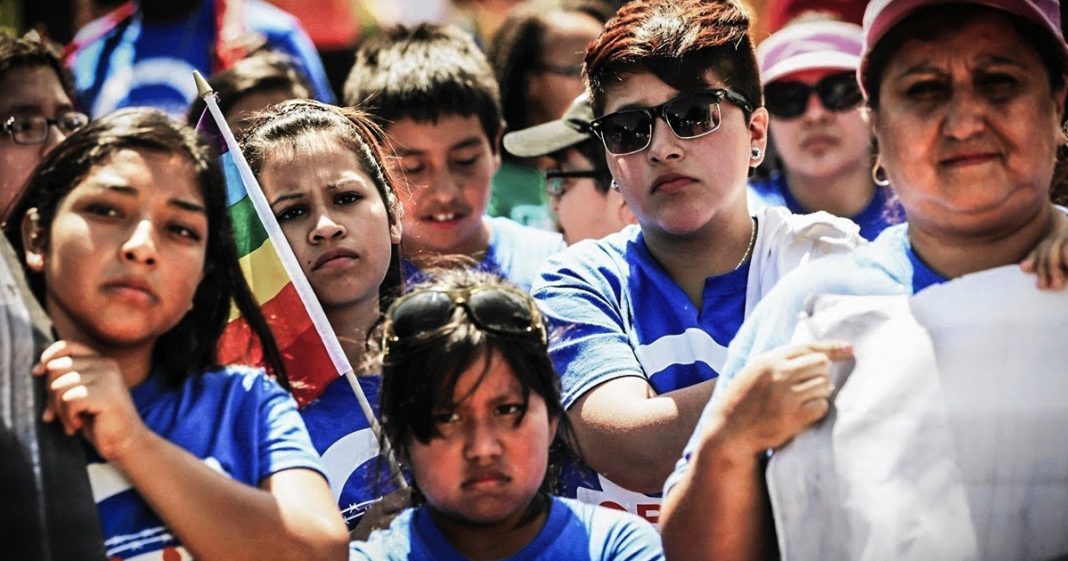 Donald Trump has made the hatred of immigrants and refugees a cornerstone of his administration, so it should come as no surprise that a new report by the Health and Human Services offices would get buried by the administration. The new report shows that immigrants and refugees created a net economic benefit of $63 billion over the last decade, meaning that the “costs” they bring in are far lower than the economic activity they generate. Ring of Fire’s Farron Cousins discusses this.

According to new reports, the Trump administration has attempted to bury a report that shows that the economic benefit of both refugees and immigrants coming into this country far outweighs any of the costs that we incur as a country from hosting these other human beings inside our borders. Trump’s Chief Policy Advisor, Stephen Miller, is the one who decided not to bring this report forward to the President himself, and decided not to let it go out to the press. However, a draft copy of it was leaked to The New York Times, and that is how the American public was able to find out that … surprise, surprise … immigrants and refugees actually help us here in the United States to the tune of about $63 billion every decade, or on average $6.3 billion a year.

The Trump administration has repeatedly told us, Stephen Miller included, that the cost of bringing refugees into this country was just too much for the American public to bear. It costs per capita about $3,300 for the federal government to support these people, whereas the average American citizen costs the federal government about $2,500 a year, so yeah, the cost is a little bit higher, but that’s only if you’re looking at one side of the equation, which is the only equation that the Trump administration wants the American people to see.

The other side is the report that was just buried, the report showing that over the last decade, we’ve gotten an economic benefit of $63 billion for these people, or out of these people, after all costs are incurred. That’s the net gain. That’s not the overall and then we have to subtract costs. No, that’s the final tally number, $63 billion. And yet the Trump administration wants to continue to close off our borders, not let these refugees who are in war torn countries, not knowing whether or not they’re going to live or die on any particular day, afraid to walk to school, because they might encounter an IED or a land mine on the way, they want to close the borders to those people.

They’re just looking for a safe place to go. It’s not like the Trump administration told us the three poison Skittles in the big bowl. These are people looking to get out of a war torn country and live a better life, live a full life, live a life where you don’t have to worry about getting shot by ISIS on your way to work or stepping on a land mine or an IED. I think that’s a basic human right that we could afford these people, especially considering how much they contribute to the United States economy.

There is no drawback, there is no downside to this. All there is is economic activity that the Trump administration claims that they want, and if they honestly did, they would open up our borders and let these people come in and take jobs that American citizens do not want to take. It is a fact. Study after study have shown it. There are some jobs in this country that American citizens don’t want to do or are not willing to do or are not able to do, and those are the ones that immigrants and refugees flock to. It helps us as a country. Right now in California, we have fruit and vegetables rotting in fields because of tough immigration policies that will not let workers come over and pick those, and there aren’t enough Americans willing or able to go do those jobs. The same thing’s happening in the State of Georgia.