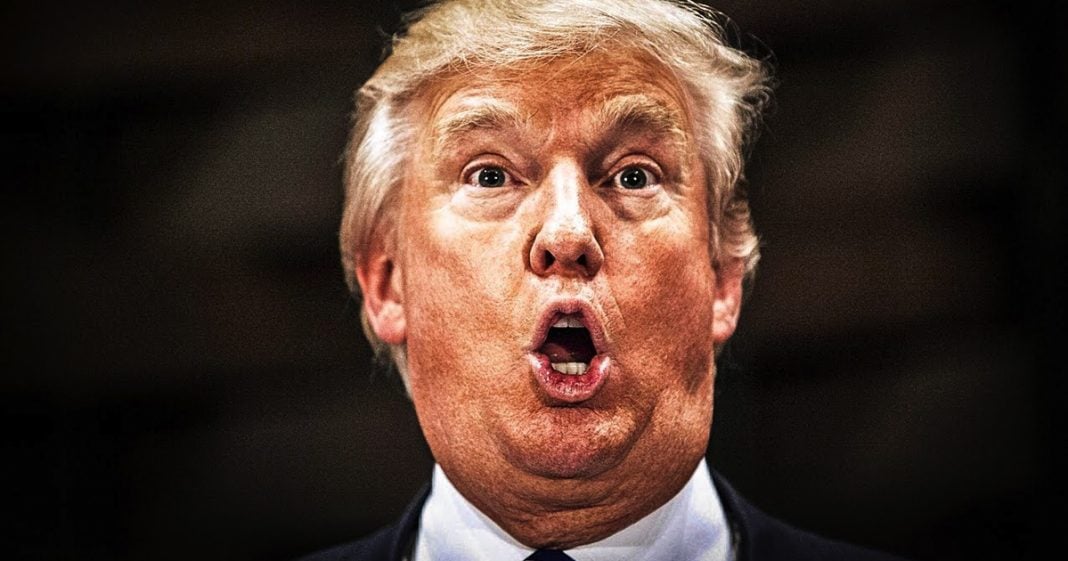 According to a new report, officials within the Trump administration are terrified that aides within the White House could be wearing wires in order to spy for special prosecutor Robert Mueller. The report says that paranoia has taken over the West Wing, but the bigger question is what these White House officials are so terrified of Mueller overhearing. Ring of Fire’s Farron Cousins discusses this.

According to a new report by the New York Times, the White House is absolutely gripped with paranoia. The report says that people within the White House, White House officials, believe that some other officials or White House aides might actually be wearing wires so that they can record conversations with White House officials or Donald Trump himself and later on go turn in those tapes to Special Prosecutor Robert Mueller. Now, this is a legitimate fear that some people within the Trump Administration are having right now, according to sources within this report. People in the White House are readily admitting that yeah, there’s some wackadoos up here that absolutely think we’re wearing wires so that we can turn these over to Bob Mueller later so he has more evidence to start prosecuting people.

Here’s the thing, they absolutely could be wearing wires at the request of Bob Mueller trying to get information, but if these people are so paranoid about their conversations being recorded, then the bigger question here is what are they talking about that they’re afraid of other people, specifically a special prosecutor, overhearing? That only further proves that we probably need somebody in the White House wearing a wire to find out what the hell is going on behind the scenes. We already know that this special prosecutor, his investigation is already touching on Kushner, Trump Jr. We know it’s going to Trump. We know he’s calling in White House aides to give some testimony. We know more and more people are being called to come testify in front of the grand jury. Don Jr.’s probably going to have to testify in front of a full Senate panel later this month, and so things are getting a little crazy with this investigation, because it’s roping in everybody from the Trump Administration, even people who have left.

We learned this past weekend that Michael Flynn was trying to negotiate some kind of pay to play with other countries regarding nuclear weapons, so yeah, I don’t fault people within the Trump Administration for being a little paranoid right now, because you really should be. Bad things are happening for each and every one of you in terms of this special prosecutor’s investigation, and it’s only a matter of time before every one of you gets taken down. It might be six months from now. It might be a year and a half from now. It could be by the end of this month. We don’t know, and to be honest, that’s part of the fun of it, watching these idiots squirm because they know they did things that were unethical or possibly illegal, but not knowing when that hammer’s going to drop and finally take them away to prison, that is about the only good thing happening with the Trump Administration today.