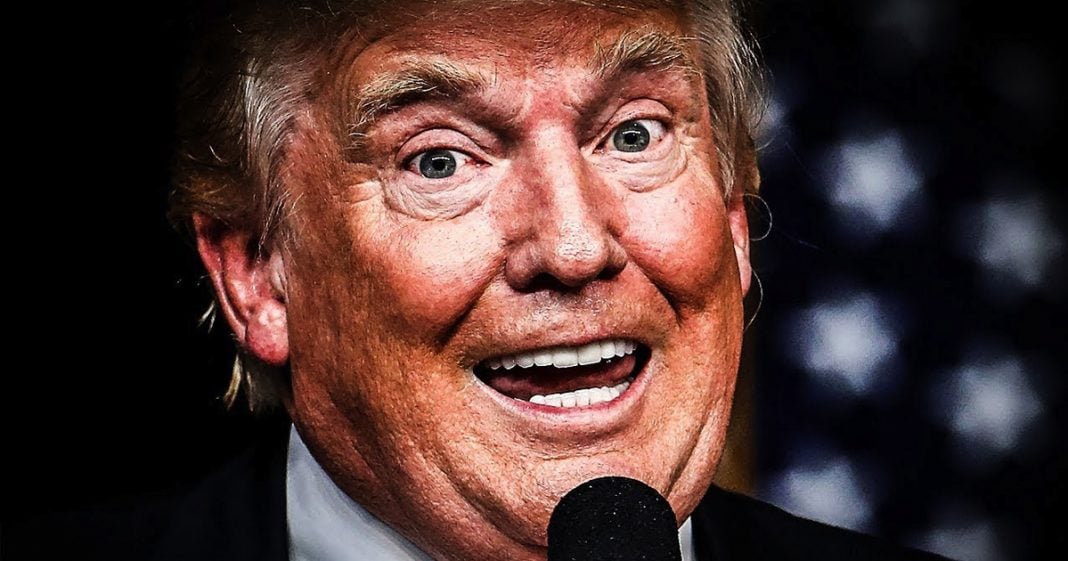 Donald Trump over the weekend decided to retweet a GIF of himself hitting a golf ball that had been merged with a GIF of Hillary Clinton falling down (the editors had made it look like Trump’s ball hit Hillary and that’s why she fell.) This kind of behavior should be beneath the President of the United States, yet Trump once again managed to sink well below the already-lowered bar that has been set for his administration. Ring of Fire’s Farron Cousins discusses this.

As a wealthy individual, Donald Trump always likes to talk about class and dignity, and you know, just being a well-respected upper-class member of society. But for somebody who likes to talk about class all the time, he consistently shows us that money can in fact not buy class. And he proved it once again this past weekend when he retweeted a gift from a Twitter account called Fucked Up Trump, or Fucked Up Minds excuse me, that showed Donald Trump swinging a golf club, hitting a golf ball, rather poorly I might add. And then it was super imposed with another gift that showed that golf ball hitting Hillary Clinton and knocking her down.

Seems kind of harmless, right? I mean it didn’t actually happen, but here’s the thing. That gift was retweeted by the President of the United States, that showed him allegedly, jokingly, mockingly knocking down his former Presidential candidate opponent, who also happens to be a woman, and he thinks it’s funny. He doesn’t see anything wrong with retweeting that out to millions of people, and millions of bots on his Twitter account. But it is wrong.

Once again, we cannot continue to normalize the behavior of Donald Trump, and we cannot continue to let him fall well below the bar that is already set incredibly low for him, but every time he proves us wrong. He proves us that he can go lower than our expectations, and that is what this little tweet incident did this past weekend. There wasn’t anything funny about this. This was his horrible alt-right base showing us how much they still hate Hillary Clinton, how obsessed they still are with Hillary Clinton, and Donald Trump is right there with them, because that’s all he thinks about on any given day.

Hillary Clinton beat him in the popular vote, and President Obama was a better President than he’ll ever be. And those two facts eat away at him every second he is awake, and probably he has nightmares about them when he goes to sleep. Donald Trump is not a normal person. Donald Trump is not the kind of guy anybody in this country should idolize, or look up to, or respect, or admire. And he’s not the kind of guy that anybody would ever describe as having class.