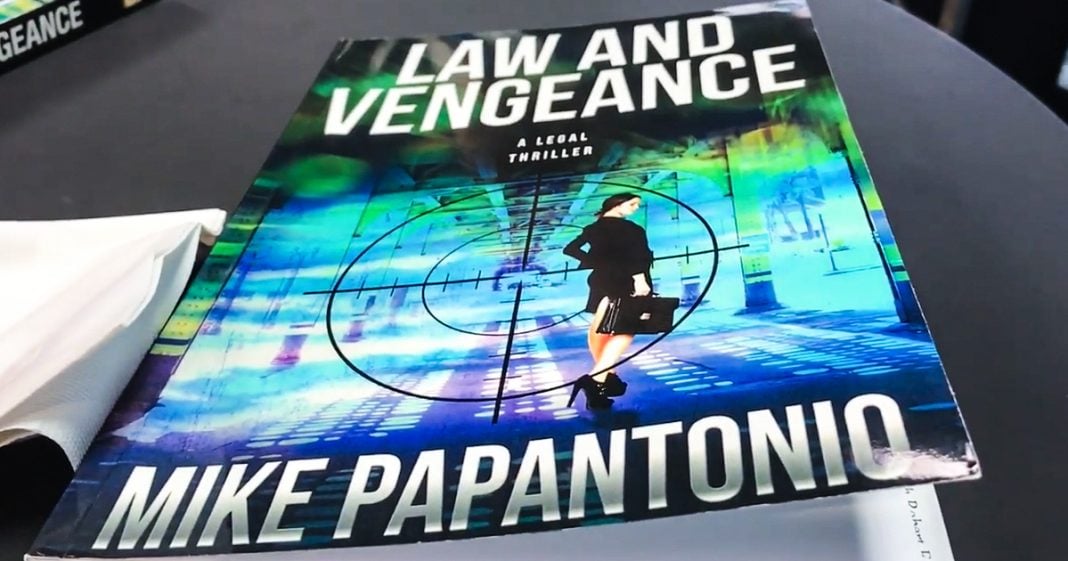 Pensacola hot-shot attorney Mike Papantonio has a lot to say.

Besides being a senior partner with powerhouse firm Levin Papantonio, the 63-year-old attorney is also co-host of the “Ring of Fire” syndicated radio program, along with Robert Kennedy Jr. and Sam Seder. He also hosts “America’s Lawyer” on RT America, where he largely tackles corporate malfeasance.

But even those outlets aren’t enough to tell the whole story — and they definitely aren’t the forum for a little artistic license and dramatic embellishment. That’s what the books are for.

Papantonio has just released the legal thriller “Law and Vengeance,” the second in a four-book series for the New York publisher Select Books.

“Each is based on true cases dressed up to make the stores more interesting,” Papantonio said from his studio office at the Levin Papantonio law firm, where he records “Ring of Fire” and “America’s Lawyer.” “This one is based on a weapons contractor that was selling a sight to a gun that didn’t work. They knew it didn’t work and sold it to police, sold it all over the country.”

“Law and Vengeance,” the follow-up to 2016’s “Law and Disorder,” brings back attorney Gina Romana in a case that evolves from a whistleblower coming forward to defend a soldier wrongfully accused of murder.