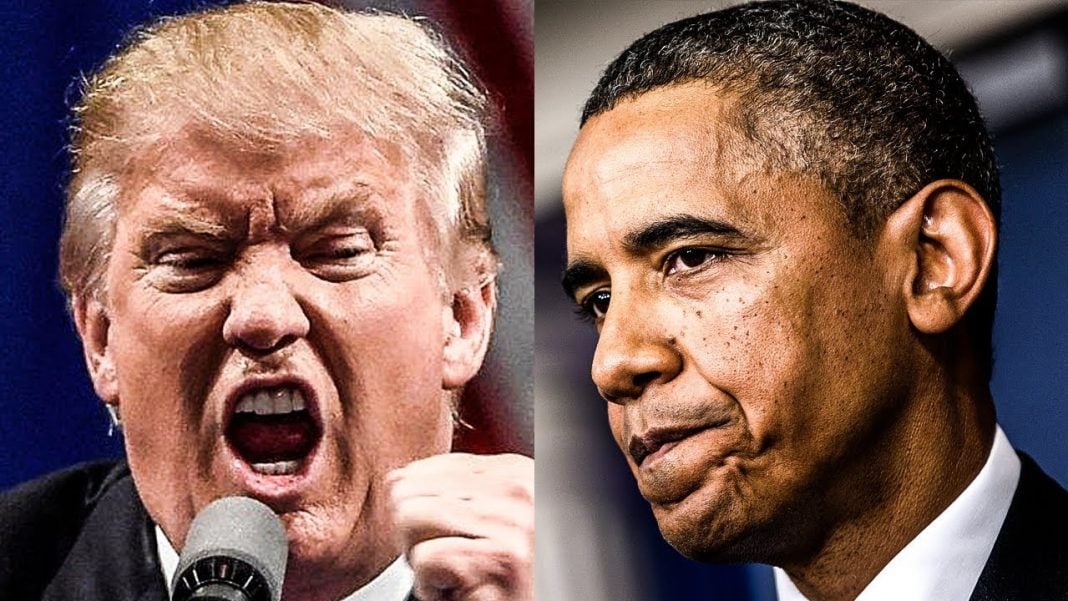 Earlier this week, Sarah Huckabee Sanders told reporters that Donald Trump has done far more for bipartisanship in this country than Barack Obama ever did. Interesting, considering that it took Trump over 6 months to finally agree to sit down and work with Democrats on a few issues, and he still isn’t listening to them. Obama meanwhile was stopped at every turn by Republicans even though he met with them constantly. Ring of Fire’s Farron Cousins explains.

According to White House Press Secretary Sarah Huckabee Sanders, Donald Trump has done more for bipartisanship in this country than Barack Obama ever could. Now, she made these statements during Wednesday’s White House press briefing, when talking about the fact that Donald Trump finally, after eight months in office, decided to meet with Democrats and talk about DACA and tax reform. Donald Trump, who went at least the first six months of his tenure as president not meeting with a single Democrat, the Democrats weren’t consulted on healthcare bills, they weren’t originally consulted on tax reform, they haven’t been consulted on a number of issues.

So now finally that Donald Trump has a meeting with them, suddenly in the eyes of people like Sarah Huckabee Sanders he is the most bipartisan president ever. At least more so than Barack Obama, because God forbid the White House go a single day without comparing themselves to Barack Obama. They have a very serious obsession with this man that’s really unhealthy and frankly they should probably see somebody to find out why they can’t get over the fact that there was another president before Donald Trump. Imagine the audacity of this country, having somebody else before Trump.

But nonetheless, they’re going to keep comparing themselves to him, and they’re going to keep falling short, because when it comes to bipartisanship, Barack Obama really does take the cake. Now, I’m not trying to be too negative about Obama, but there were too many instances during his presidency when he reached out to the obstructionist Republicans and tried to give them every deal he possibly could. It happened with the Affordable Care Act. It happened on tax cuts for the wealthy. It happened on a number of issues where he reached out to Republicans, got their input, put it into the final legislation, and then they would still obstruct it.

It’s the Republicans who have a problem working on the other side of the aisle, not the other way around. Democrats consistently reach out to Republicans. They may not agree with everything they say, but they know as elected officials, they are entitled to get their hands on legislation and make some changes to it if they need to. Republicans are not willing to work with Democrats, and at this point in D.C., it’s actually quite hilarious, because Republicans aren’t even willing to work with other Republicans. So we get left with a stalemate, which is currently what we’re seeing from the Federal Government.

We’re literally days away from a Federal Government shutdown because Republicans can’t even agree with one another enough to come up with a budget bill, a spending bill to keep the Government going. We don’t have that yet, so all this talk about Trump being some kind of bipartisan hero is absolutely disgusting. This man has been a partisan hack since the first moment he stepped onto the scene to run for President, and he’s continuing that now. Just because he had two or three short meetings with Democrats, doesn’t mean he’s actually listening to them or reaching out to them or is going to play nice with them from now on. Trump is trying to scare his Republicans. This has nothing to do with wanting to work with Democrats. It’s about forcing the Republican Party to fall in line with his horrible policies, and once they do that, which they’re already showing signs of it, those Democrats are once again going to be locked out in the cold with no Republican willing to speak to them or get their input on any policy decisions. Ring of Fire’s Farron Cousins discusses this.