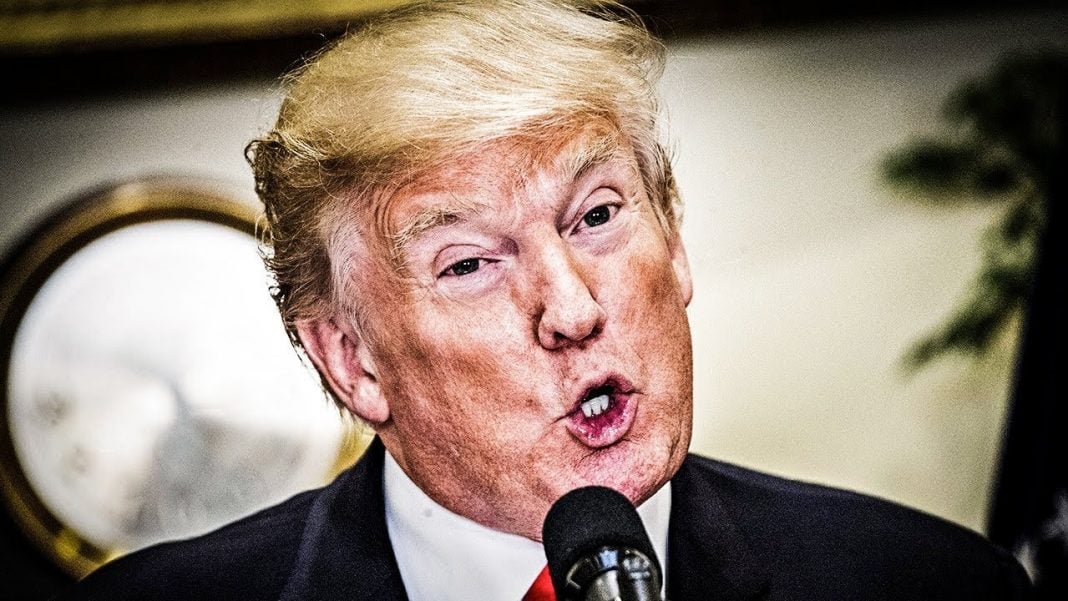 Republicans like Donald Trump love to tell us how regulations are hurting us. But the reality is that regulations help to keep us alive. Since taking office, the Trump administration has killed more than 860 total regulations on everything from flame retardants to toxic waste cleanup, and as Ring of Fire’s Farron Cousins explains, all of these regulations were put in place to save lives.

Donald Trump has said repeatedly that he has accomplished more in his first seven, eight months in office than any other president in US history.

Well, as it turns out, in a way he might actually be right. However, it’s not progress that he’s actually making. According to a new report, Donald Trump has slashed more than 860 federal regulations that help keep American citizens safe. So I guess, in that regard, Donald Trump has done about 860 things for this country.

Unfortunately, not a single one of those will benefit any human being in this country unless you happen to be a corporate CEO. Here are just a few of the regulations that Donald Trump has rolled back.

First of all, mattresses in our home do not have to contain as much flame-retardant material. And, as anybody who studied the effects of house fires understands, mattresses are one of the first things to go up in flames. And if you happen to be laying on that mattress because your smoke alarm didn’t go off or you didn’t hear it or you didn’t change the batteries, you’re dead.

He’s repealed protections for construction site workers, which is gonna make it more likely that they will get run over by massive heavy machinery on the construction site. In other words, you’re dead.

He has taken hundreds of animals off of the endangered species list so they don’t have to pay for any of their protection. He’s rolled back environmental protections to allow corporations to dump their toxic waste into rivers and streams here in the United States, which is gonna poison American citizens, which will ultimately lead to — you guessed it — people will die.

I know nobody likes regulations. They don’t like to hear that word. Republicans absolutely hate it, and that’s one of the major themes that they campaign on in local, state, and federal, and presidential elections every single time they run. “We gotta cut back on these regulations. We gotta stop it.”

Well, I have news for you, American people. Regulations save lives. That’s why they exist. That’s the whole reason we started doing that. We have these regulations in place on construction site so people don’t get killed by machinery. When you pass by a construction site and you see everybody wearing a hard hat, that’s a regulation that was put in place to save lives. They’re not doing it because it’s fashionable. They do it because it’s mandated, because it saves them. They can’t save them from everything, but it saves enough lives each year.

Same thing with seat belts and environmental protections. And mattress protections, for God sakes. These aren’t helping small businesses by repealing these regulations. These don’t affect small businesses. The only people affected by these are the massive corporations who have enough money to fully comply. They just don’t want to.

So, if you want to count Donald Trump as a success, go ahead and do it. But the only thing he has successfully done is put more American lives in danger so that corporations can save a couple of dollars every single year. Ring of Fire’s Farron Cousins discusses this.