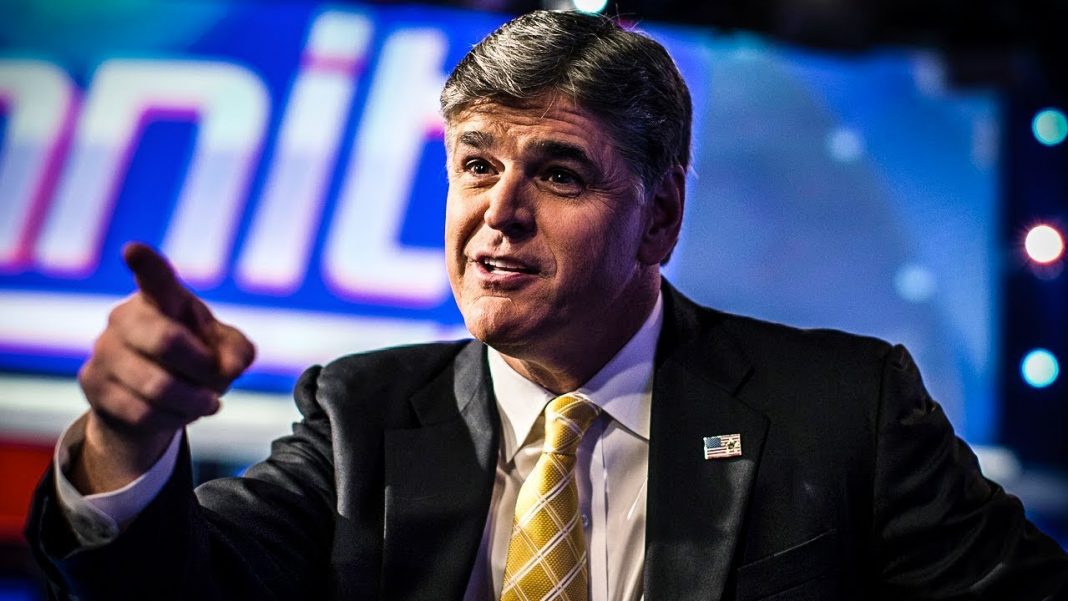 On Thursday evening, Sean Hannity hosted an all-white panel of guests (including newly-hired Fox commentator Tomi Lahren) to talk about the issue of racism and the President. Hannity and all of the other pasty white guests agreed that they aren’t racist, and neither is Donald Trump. Ring of Fire’s Farron Cousins explains why this is absolute nonsense.

Great news, folks. According to Fox News, Donald Trump is actually not, in fact, a racist. I know that probably comes as a shock to everybody, considering that he has a penchant for retweeting stuff from white supremacists and racists on Twitter, and he basically got endorsements by members of the KKK, and white nationalist groups, and the fact that he hired openly racist people to work inside his administration. No, no, no, no. Fox News has assured us that Donald Trump is not racist, and they also told us that they aren’t either.

Now, I know you’re probably assuming that this came from an all non-white panel on Fox News talking about racism, as it should, but no. It was actually Sean Hannity and three other white women on a panel together, talking about the fact that all these white people are certainly not racist. One of the panel members happened to be newly hired Fox commentator Tomi Lahren, who once again echoed her constant talking point of, “White people aren’t racist. It’s the Democrats.” In fact, Sean Hannity jumped on that as well and said, “The Democrats are always playing the race card. They’re trying to label us all as racists, even though we’re not.”

Well, Sean, I hate to tell you, you kind of are. If you, yourself, and the other commentators aren’t necessarily racist, you’re still the cable news outlet that the racists watch. That’s because- maybe you don’t even know you’re doing it- you’re having these dog whistle topics on. Anytime you talk about a black kid that gets killed by a cop, you refer to them as a “thug.” That’s coded language for a word that you can’t say on TV, and we all know it. You may not be racist. I’m not gonna say whether or not you are. I know what my personal opinion would be of you on that, and yes, personally, in my opinion, I believe you are wholeheartedly a massive racist. I believe your network is too, and you have shown it ample times.

But the president- because let’s get back to that- that was the big issue. The president, yeah, he hired known racist white supremacists into his cabinet. He retweets these people. What further proof do you need? He wouldn’t denounce the white supremacists in Charlottesville because he thought there was anger on both sides. No, no, no, no. The Trump supporters there killed someone, so you can say what you want about Antifa, or the other counter-protesters. They haven’t killed anyone, and that’s the big difference here. Not saying any violence is incorrigible or something that we need to celebrate, but there’s a big difference between throwing a couple punches against the white supremacists and killing a protestor. I think all of us would agree about that.