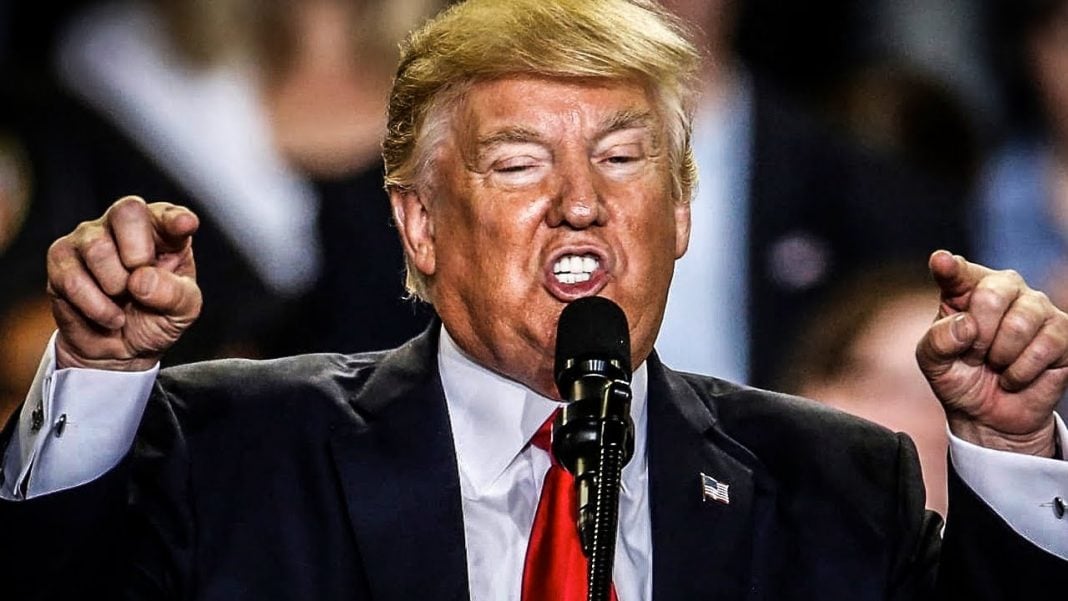 In a talk with reporters on a Florida tarmac, Donald Trump said that if he doesn’t get the necessary funding for his border wall, then he and his administration will become “the obstructionists.” While the U.S. is certainly used to Republicans acting as obstructionists, Trump’s threat shows that he knows he’s at risk of losing his far right base if he doesn’t get that wall, and he’s willing to tank the entire Party to get it. Ring of Fire’s Farron Cousins discusses this.

Earlier this week, Donald Trump finally made his way down to South Florida to witness some of the damage caused by Hurricane Irma and while he was on the tarmac attempting to leave the state of Florida after only a few hours, reporters were asking him questions about his supposed immigration deal with Democrats and he decided to say something about the border wall, which is still one of huge pet projects, and he told the reporters that if I do not get this wall, then we will become the obstructionists within in the federal government.

Obviously Donald Trump hasn’t been paying attention to what’s been going on for the last eight and a half years at this point because Republicans have consistently been the obstructionists in the federal government since the day that President Obama was sworn in. They didn’t let any of his major ideas go through, they didn’t even bring a lot of his judicial nominees to a vote, so if you’re saying that suddenly Republicans are going to become the obstructionists, you’re about nine and a half years, 10 years maybe too late because it already happened.

Now, if you’re talking about becoming the obstructionist to your own Republican party, my advice is, good luck with that, buddy, because they do possibly have the numbers, depending on the issue, to override your veto. Lest you forgot, you do not have absolute power here in the United States. I know that comes as a shock to you, but you don’t. Furthermore, if we have a Republican President who’s constantly attacking and obstructing a Republican congress, how do you think that’s going to work out for those Republicans in the midterm? If you turn all of the Republicans against those people, they’re not going to win reelection, then suddenly you’re faced with the prospect of a Democratic House, maybe even a Democratic Senate, which means that impeachment will be right around the corner.

You can’t play this out anymore, man. You cannot try to negotiate some kind of deal on this by issuing these blanket threats because you have no capital in this. You have no way to ensure that your threat could be carried out without it also causing significant damage to you and your presidency, in fact it would cause you more damage than it would cause these Republicans and Democrats. You’re the one with everything to lose at this point and yet, you think that it’s okay to issue these kinds of threats.

Well, I have news for you, you’re not going to get the funding that you want for your border wall, especially not at a time when we have these natural disasters barring down on us every couple of weeks. We’re going to need that money to help people rebuild their lives. We’re going need that money to help mitigate climate change, whether you believe in it or not. The border wall will never happen, but go ahead and keep making your empty threats because I would love to see how that plays out for Republicans in 2018.