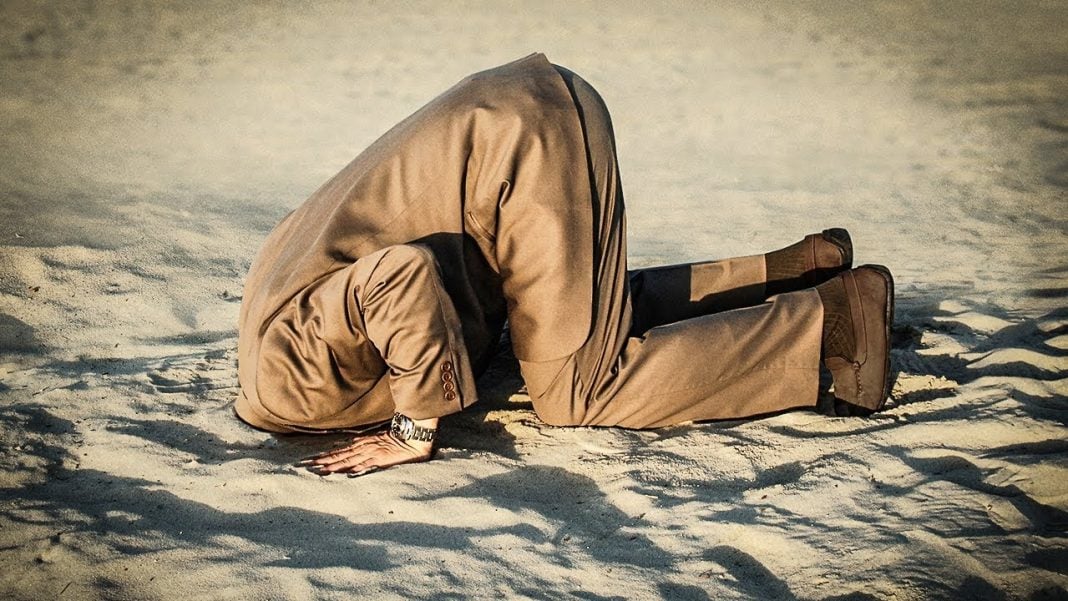 A new poll from the University of Pennsylvania shows that American citizens are overwhelmingly uninformed about how this country actually works, and more importantly, who are elected leaders are. Most of them couldn’t name a Supreme Court justice, and nearly 33% couldn’t name a single branch of government. With all of this ignorance, it’s not surprising that we ended up with someone like Trump as president, as Ring of Fire’s Farron Cousins explains.

You know there’s a lot of think pieces and research and polls that have come out that try to help explain why people in the United States ended up electing Donald Trump as our President. Was it the racism? Was it his phony populism? Was it Russian interference? It was probably a combination of all of these three, but at the heart of all three of those things, lies one very important issue. Intelligence.

Now I’m not here to say that anyone in this country is more intelligent that somebody else, or that a certain group is less intelligent. However, recent poll results show that people in the United States … probably not as smart as we originally thought. According to a new poll from the University of Pennsylvania, more than 33% of this country cannot name a single branch within the Federal Government. The legislative, executive and judicial. 37%, or, excuse me, 33% didn’t know any of that. They didn’t know. 37% of people in this country can’t name a single thing that is protected by the First Amendment of the US Constitution. Only 26% can name all three branches of government. 53% believe that the Constitution affords undocumented immigrants no rights whatsoever. It does.

And the list goes on and on. We, as a country, as a whole, are very, very misinformed and uninformed about how this government, how this country, actually works. And when you start to understand that, you get a clearer picture of how somebody like Donald Trump could come in. Again, a guy who would probably fit into all of these categories asked in this poll, and run the government. People picked him. They thought, “Yeah, this guy knows what he’s doing, or at least he knows enough to get it done.” But they don’t even know enough to know which branch of the government is which. They can’t name a Supreme Court Justice. The majority of people in this country can’t name a single Supreme Court Justice, and 5% said that Harry Reid was a Supreme Court Justice, and he is not now, nor has he ever been, nor will he ever be, a Supreme Court Justice.

All of those things tie back into our collective lack of intelligence. And until we fix that, until we find the root cause of this, maybe funding for schools needs to improve. Maybe after-school programs need to get better. Maybe we should mandate tutoring for students who fall below a certain level and have the States or Federal Government help cover the costs of it.

Whatever it takes, we have to get smarter as a country, because as we continue to get dumber, our politicians continue to get dumber. That’s why we have Donald Trump. That’s why we almost had Sarah Palin as Vice President, and that’s probably why we had eight years of George W. Bush. This is on us. This is a problem we can solve if we’re willing to put the resources actually in to solving it. Ring of Fire’s Farron Cousins discusses this.