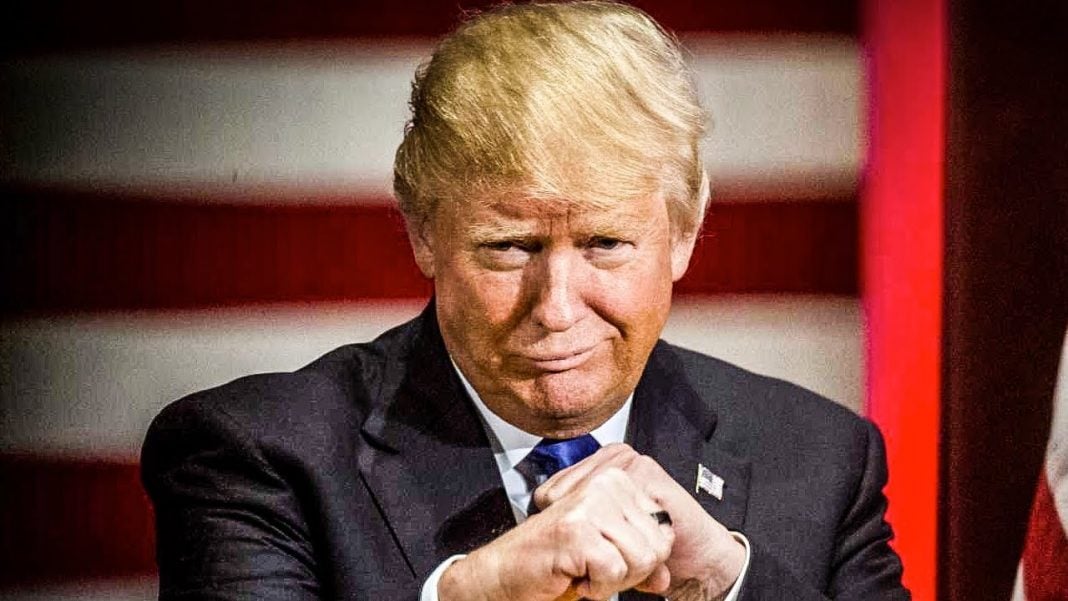 The House of Representatives has voted to continue to shield Donald Trump from releasing his tax return information – something that presidents and Party presidential candidates have been doing for decades to prove they are on the level. This decision shows that Republicans are afraid of what we could find, but it also shows that they are being stupidly loyal to a man who constantly berates and bullies them. As Ring of Fire’s Farron Cousins points out, this makes absolutely no sense.

In a very under reported story from last week, Republicans in the House of Representatives on the Ways and Means Committee voted to shield Donald Trump’s tax returns once again from the American public. The vote in committee was strictly along party lines. All of the Democrats, who were in the minority wanted to release the tax returns, all of the Republicans, the majority, said absolutely not. The argument here is that Republicans say that Donald Trump, if we release his tax returns, if we force him to release his tax returns, well that’s a pretty gross invasion of privacy and the party that brought us the Patriot Act and allowed the NSA to spy on every single one of us, they wouldn’t want to invade somebody’s privacy, would they?

The Democrats, on the other hand have correctly pointed out that Donald Trump, as President of the United States is not a private citizen and there are different legal thresholds for the right to privacy over someone who is serving has the President of the United States. Nonetheless, Republicans voted to block these tax returns from ever making it to the public and the big question is why?

Well, we know one reason. There is likely evidence within those tax returns that’s going to point to some pretty shady stuff that Donald Trump has done. Maybe not illegal, I’m not saying it’s definitely illegal, but probably pretty shady and unsavory and things he doesn’t want the public to know, otherwise he would have released them or it’s going to show that’s he’s not worth as much as he claims and it’s going to hurt his ego. There’s something hiding in those tax returns, otherwise they would have been released.

Again, that’s not necessarily the question of why are the Republicans doing this. The reason I want to know why the Republicans are doing this is because Donald Trump treats them like crap. He has been nothing but a bully to this Republicans. He berates them all the time on Twitter, during interviews, every opportunity he gets and yet they are still so loyal to this guy who’s so mean to them that they won’t even force him to release those tax returns. God, that is a level of loyalty that even money can’t buy. Either that, or it’s a level of stupidity that only exists in the mind of a Republican because these people are not … Donald Trump is not going to protect them if something happens to them. We already know that Steve Bannon is trying to primary a lot of Republicans because he wants people that are going to move further to the right.

Donald Trump has no power without the House of Representatives and the Senate and as long as he continues to berate them, but they still protect him, Trump has nothing to worry about, but if these collective Republicans somehow find a spine, they could take him down in a matter of weeks. They could be the people who come out and save the country from Donald Trump, instead of emerging from this as cowards, as the people whose party put Trump in office and then subsequently went down hill from there, they could be the people who step up and get him out of office and then get viewed as heroes by the American public, but they’re too stupid and too spineless to realize that. That is why they’re going to take the constant bullying and the constant abuse from Donald Trump because they don’t know any better, when in realty they hold all of the power to take this man out of office, they’re just too stupid to know how to use it.