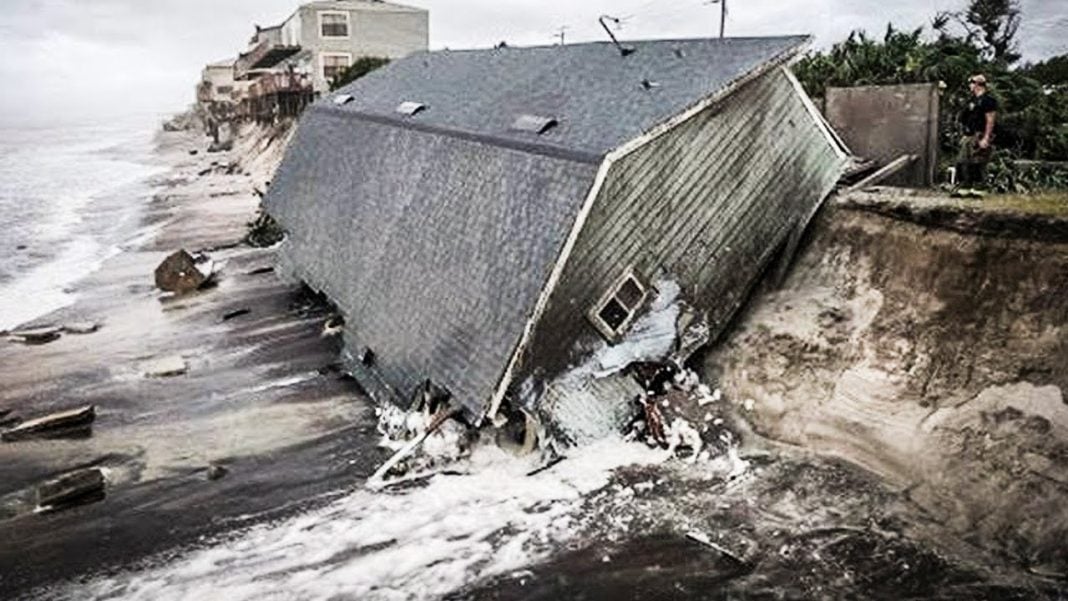 The U.S. EPA decided to take the worst possible position following Hurricane Irma in Florida, and they’ve granted a blanket waiver to Florida utility companies that will allow them to pollute as much as they want for the next few weeks without any fear of reprisal from the government. How is that even helpful in this situation? Ring of Fire’s Farron Cousins explains why this decision will only cause more damage and more problems for Florida residents.

Scott Pruitt, the Trump appointee who leads the EPA, has decided to issue a blanket waiver for utility companies in the State of Florida following Hurricane Irma, and so up until September 26, these utility companies in the State of Florida are basically given a get out of jail free card. They can dump whatever they want, however toxic it is, into whatever body of water, whatever landfill, whatever street corner they want, without any fear of the EPA finding them or prosecuting them. Essentially they are given immunity from any form of repercussion from any legal agency here in the United States.

Here’s what this means. Right now, there are millions of people in the State of Florida who still do not even have electricity to their homes. There was damage to power grids, but more importantly, there was more damage to power lines. So, it’s not like we have to go through and start burning more coal and releasing more toxins into the atmosphere. That’s why this doesn’t make sense. We’re going to have workers out there repairing grids and repairing power lines. That doesn’t cause any increase in emissions or create problems with utility companies on where to dump their toxic waste.

The fact that the EPA decided to respond to Hurricane Irma by telling utility companies they can dump their waste wherever for the next two weeks has nothing to do with restoring power to citizens in Florida. It has nothing to do with getting businesses back on line. It has everything to do with handing out a massive victory to these corporations. This is not going to speed up the process, folks. This isn’t going to help people put their lives back together. In fact, it’s going to cause irreparable damage to both the environment and the people living in these areas, because yes, we are talking about toxic waste, deadly levels of mercury and arsenic and chromium and cadmium and other by-products that come from the burning of these fossil fuels, and now these companies can dump it anywhere they want for the next two weeks. Anywhere.

There is no way that this helps anyone in the State of Florida other than the CEOs in charge of those companies, and that is why Scott Pruitt and the EPA did this. This wasn’t to help citizens, it was to help their wealthy donors, because they know when the chips are down, and they come back up for re-election in 2020, those utility companies are going to remember who scratched their back after Hurricane Irma, and it’s not going to be the voters. It’s going to be the people who let them dump their toxic waste and poison millions of people just for the hell of it. Ring of Fire’s Farron Cousins discusses this.