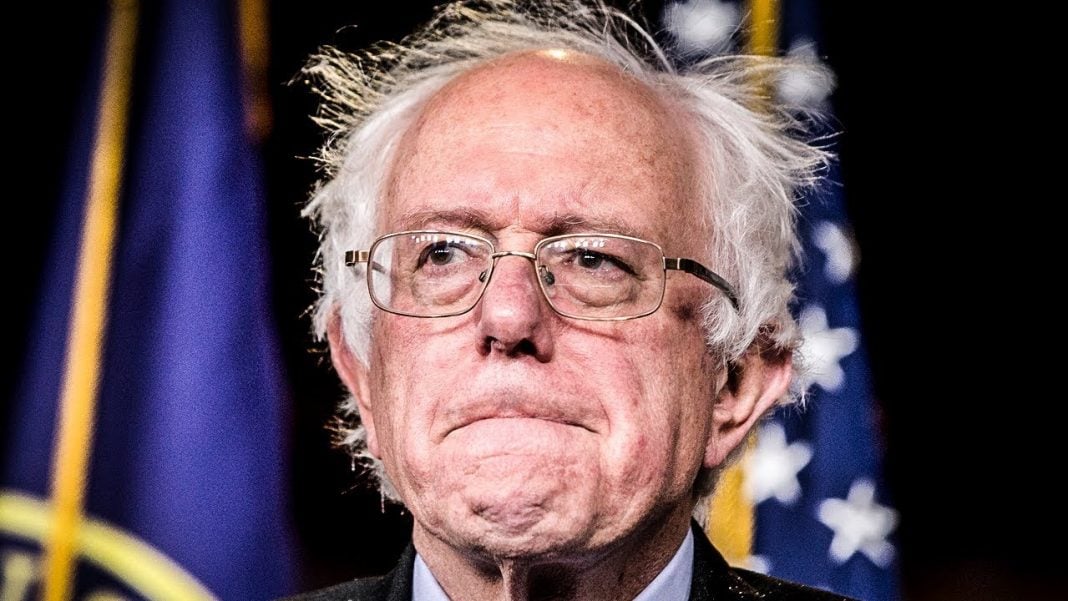 In the past week, a string of Democratic senators have announced that they will be co-sponsoring Bernie Sanders’ Medicare-for-All legislation. Not only is this good policy, but it shows how effective progressive activism can be in pushing the Democratic Party further to the Left. Ring of Fire’s Farron Cousins explains why this move will be crucial if the Democrats want to retake the House and Senate in 2018.

I think one of the more interesting themes that has evolved since the 2016 election, when Hillary Clinton lost, was a lot of the establishment Democrats telling us that Bernie Sanders can’t be a leader of the party. Hell, he’s not even a Democrat. We shouldn’t let him in. They’re telling us that his policies are way too far out there. How are we ever going to support these things, because they’re just completely impractical even though other industrialized countries have the exact same policies in place. Here in the United States, we can’t do it, which is why it brings me great pleasure to see all of these Democrats hopping on board with Senator Sanders’ Medicare for All legislation.

In the last few days before the legislation was introduced, we had: Kamala Harris, obviously, she was one of the first big ones; Elizabeth Warren, who I do not consider a corporate Democrat, although she’s kind of been teetering recently; Cory Booker; Sheldon Whitehouse. People who all came out in support of Hillary Clinton in 2016 during the campaign where she said that it’s impossible to get Medicare for all, as did all of her supporters like David Brock and Peter Daou and Eric Boehlert. They said it could never happen. Well, guess what. They’re signing on to this legislation because they understand that, one, it’s good policy, and I guess a little more selfishly for them, it’s good politics.

They see the American public and how the majority of them, regardless of party affiliation, actually would like some form of universal healthcare that they could choose to buy into if they wanted to. Or, they could choose to stay with private insurance if they wanted to. Isn’t that what this whole insurance, Medicare for all, healthcare debate has been about? Choice. Freedom of choice. More options. That’s what this gives people. Hey, you don’t want to go to the private industry that’s going to price gouge the hell out of you? Buy into the Medicare for All plan and that’s going to take care of it. May still be as expensive, may be cheaper but not cover as much stuff, but depending on your personal needs you now have an option that could easily be more affordable for you.

And don’t tell me that Medicare is a waste of money in general or that people aren’t happy with it, because that is one of the few government programs where all of the users overwhelmingly support it, the vast majority of them. I can’t say 100%, but I do believe that it’s in the 80s, the percent of people on Medicare who like the program and think it’s doing very well. Why not extend that to all of us? So, it is very exciting to see these Democrats, who supported a candidate who said this could never happen, finally jumping on board with this legislation even if it is for selfish reasons. Because they know that the country’s going to move left, that the corporate Democrats will not survive because they don’t have the support anymore. They may think that they can shove any old candidate down our throats and pump them full of Wall Street money and fossil fuel money, but that’s not going to fly with the new generation of voters, folks. It didn’t fly with them in 2016.

That’s why these politicians are jumping on board with this. They understand the power of the American public. They saw what the American public is capable of doing and they’re afraid of it, so they’re going to give us what we want and that’s the point. If we keep pushing to the left, they will be forced to move to the left. If we let up, if we relent, they’re going to head right back to the center and start telling us that Medicare for all is a pipe dream. It’ll never happen. I know that right now, with a Republican-controlled Senate and House, this legislation isn’t going to pass, but it’s going to prove to voters that they’re serious about it and that this is something they will do as soon as they get those majorities. And if we keep pushing them to the left, those majorities could come a lot sooner than we think. Ring of Fire’s Farron Cousins discusses this.