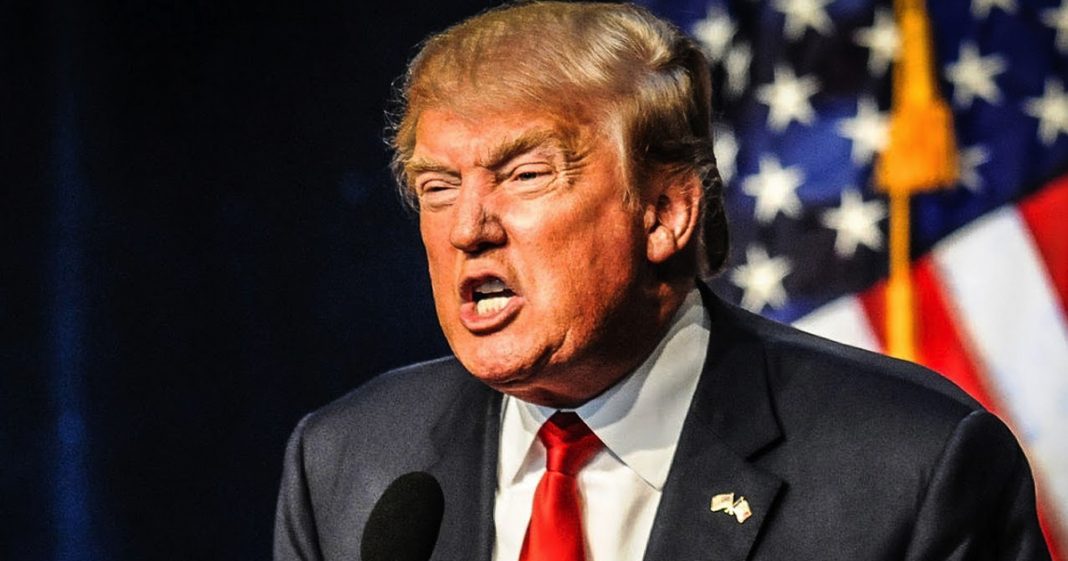 According to new reports, Donald Trump was so furious with Jeff Sessions when special prosecutor Robert Mueller was appointed to head a special investigation into his campaign’s ties to Russia that he called Sessions an “idiot” and told him he needed to resign. But that’s not where the story ends, and Ring of Fire’s Farron Cousins details how the Trump White House is playing out like a bad soap opera behind the scenes.

An interesting new report has come out of the New York Times that says when special prosecutor Bob Mueller was hired to launch this special investigation into the Trump campaign and administration over to their possible ties to Russia, that Trump became so enraged that in front of many people he called Jeff Sessions an idiot and said that hiring him was the biggest mistake he’s ever made in his life. He wanted Jeff Sessions to resign, and that is the overall headline of the story.

But it gets even weirder than that when you start to dig into it, because according to this report, Sessions actually wrote a letter to Trump saying, “I’m gonna issue my resignation. Obviously I’m not living up to your potential, so I’m just gonna step down.” And then, even after, in front of a group of people calling for his resignation, calling him an idiot, saying that he was the biggest mistake ever, Trump refused to accept a resignation from Attorney General Jeff Sessions. And there could obviously be several reasons for this. The first and most obvious is that Jeff Sessions can and has been a very useful idiot for Donald Trump. He is a guy that Donald Trump can very easily control. Obviously he couldn’t control him on the recusing himself from Russia issue. But on everything else, he and Trump have been right there in line with one another.

The second reason Jeff Sessions’ resignation was not accepted by Donald Trump is because that would indicate a failure on the part of Donald Trump. You see, Donald Trump told us he was only gonna appoint the best people, that he was going to have the best people in this administration, it was gonna be the best administration. Best, best, best, best, best! And yet, as it turns out he’s really hired some of the worst people imaginable for the worst possible positions and if he requested Sessions’ resignation so early on in the tenure of this administration, it would have indicated a failure on behalf of Donald Trump, especially after Michael Flynn had to resign after only a few weeks on the job, not to mention all the resignations and quittings and firings that have occurred in the months since that.

Trump understands that the public is watching him very closely and any time somebody in his administration resigns or quite or gets fired it is viewed as a failure by Trump himself. And after all, at the end of the day that’s what it is. When you pick out these personal people to run your departments, to run the government with you and they turn out to be massive screwups or massive failures, that’s on you. You picked them! You thought they were good enough and if it turns out they’re not, then it proves that you were wrong. And Trump’s fragile male ego won’t allow him to admit that he was wrong or even give the appearance that he might have been wrong. So that’s why he’s gonna keep Jeff Sessions, a man that he very obviously hates, in this position as Attorney General and Jeff Sessions doesn’t have enough scruples to actually resign from a man who continues to insult him and berate him in front of the entire White House staff.

These two absolutely deserve each other. Because every time Jeff Sessions gets on camera, not only does he make Trump look like an idiot, but the entire American public understands he goes out there every day and defends a man who thinks he is an absolute moron.