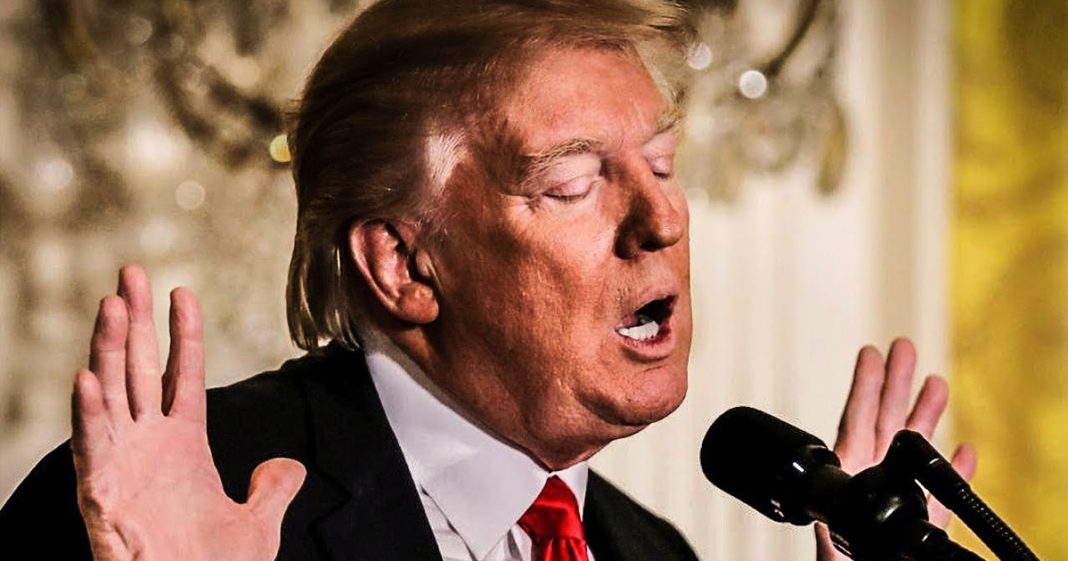 In response to an attack in London, Donald Trump is once again calling for the entire internet to be shut down so that radicalized people can’t use it as a recruiting tool. Not only is this a major over-reaction to what happened, but it would serve the dual purpose of silencing many Trump critics, which is likely Trump’s motive. Ring of Fire’s Farron Cousins explains.

Late Thursday evening, early Friday morning in London over in the United Kingdom, a bomb went off in a subway tube that injured 18 people. Possibly as many as 20 have been sent to the hospital; however, it appears that none of their injuries are life-threatening at this point.

However, this incident is being ruled as terrorism at the moment, and therefore, Donald Trump immediately took to Twitter following this attack to basically do what Donald Trump does best, and that is overreact, because Donald Trump’s reaction to this bombing in London was to say that we, everybody, the world, needs to close off the internet so nobody can use the internet, so terrorists can stop using that as a recruiting tool.

Now, it might be a bit of a shock for people to learn this, but this is actually not the first time that Donald Trump has actually called for the internet to be shut down in response to terrorist attacks. After he first made this comment several months ago, he then backed up and said, “Well, let’s just shut down the terrorist websites,” as if that’s something that other people haven’t thought of yet. But now in the wake of this London bombing, he’s come out and said, “You know what? Screw it. We’ve got to get rid of the internet.”

Now, of course, all of this happened on Donald Trump’s favorite medium, Twitter, which is an internet-based social media platform, and of course, he didn’t see the irony in that. In addition to the tweet about shutting down the internet, he also sent out a tweet saying, “We need a bigger, better, badder enforced travel ban to keep people out of the United States, which courts have consistently ruled as basically unconstitutional.

He also took a few swipes at the ESPN host who earlier this week called him a racist, white supremacist. He offered absolutely no sympathy for the city of London or for the people who were harmed in this attack, just basically used it to promote his own selfish positions and to go out there and attack a media personality because they said something that he didn’t like.

Rest assured, Donald Trump’s call to shut off the internet really has nothing to do about stopping terrorism. If it did, Donald Trump wouldn’t be cutting back the budget and staff at the cybersecurity offices within the United States Government, but he is. All this is about is about shutting down his critics.

If we lose the internet, which, folks, it’ll never happen, so don’t worry about that, but if we lose the internet, the majority of the voices speaking out against Donald Trump go away. He doesn’t have to worry about all those negative stories and the people berating him and attacking him, rightfully so, on social media platforms. His little bubble gets a little bit tighter because there’s no more outside negative influence from the fact that the internet would be dead.

It’s also worth noting that in the past Donald Trump said that he was going to talk to Bill Gates about possibly shutting down the internet as is somehow Bill Gates has a massive switch in his house that just turns the internet on and off or that he really has any sway over whether or not the internet actually works.

You’ve been given ample opportunity to properly respond to terrorist attacks around the globe, and yet, again, you failed miserably in your response to what happened in London this week.