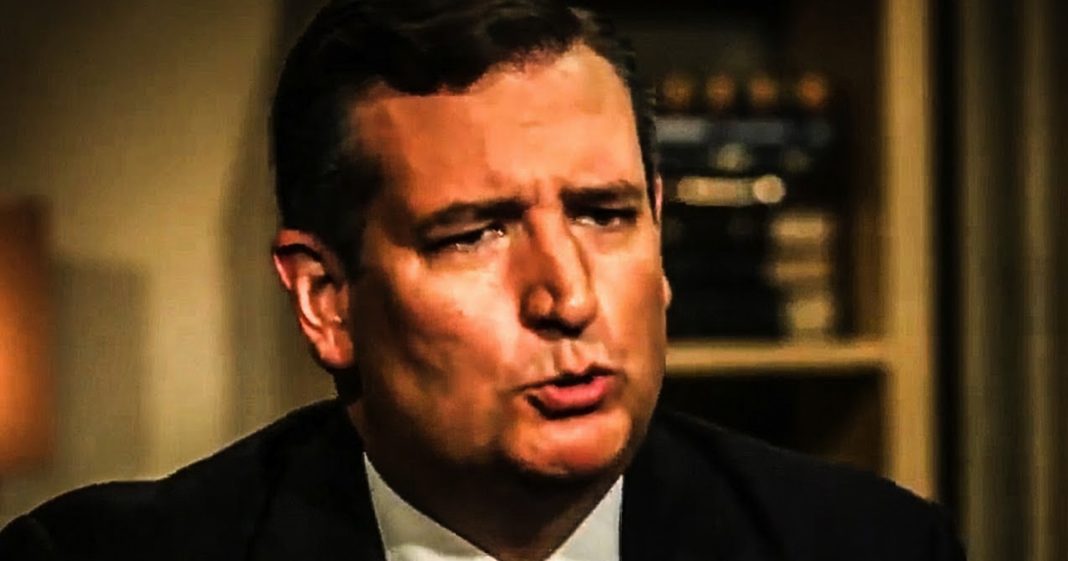 Ted Cruz: Look. We had a staffer who accidentally hit the wrong button. It was a screwup. It was not me, and it’s not going to happen again. This was a screwup.

Dana Bash: Do you appreciate the irony that you once defended a Texas law banning sales of sex toys?

Ted Cruz: No, actually. Actually, that’s a good example, Dana, of where the media runs with things that are just totally false.

Dana Bash: What’s false about that?

Dana Bash: No, no, no. The sales. I reread the brief this morning. The sale of it.

Ted Cruz: One of those laws was a law restricting the sale of sex toys. It was a stupid law. Listen, I am one of the most libertarian members of the Senate. I think it’s idiotic, but it’s an opportunity for knuckleheads in the media to claim, “Oh, isn’t this ironic that Cruz wants to ban these things?” No I don’t.

Ted Cruz: People ought to be able to do what they want in their own bedrooms.

Dana Bash: Okay. I can’t believe I’m going to ask you this, but so you’re officially saying, “Ted Cruz is okay with people buying sex toys”?

Ted Cruz: I am saying that consenting adults should be able to do whatever they want in their bedrooms. The media and the Left seem obsessed with sex. Let people do what they want.

Here’s the thing that Cruz doesn’t quite understand about all of the irony of this, and it’s a thing that really contradicts all of the points he tries to make in this video. He says that the Left and the media are obsessed with sex. Well, when you think about it, when you look back at the history, when you look at legislation that’s been proposed by Republicans for decades now, it’s actually the Republicans who are obsessed with sex. They want to be able to tell women what they can do with their bodies. They want to be able to tell citizens, as we saw from the clip, what kind of toys they can use in the bedroom. They want to legislate people’s genitals by telling us which restrooms we can and cannot go into. No, Cruz. It’s not the media. It’s not the Left. It’s you and your party that is trying to regulate and dictate people’s sex lives, and their personal lives, all based on what they’re packing in their pants. That’s your party.

Democrats, to their credit, one of the things they’re still good on is that they don’t care. Do whatever. If you want to get married to somebody of the same sex, hey, that’s fine. You should have a right to do that. Republicans think differently. Republicans don’t want you to have a choice, and Ted Cruz is Exhibit A.