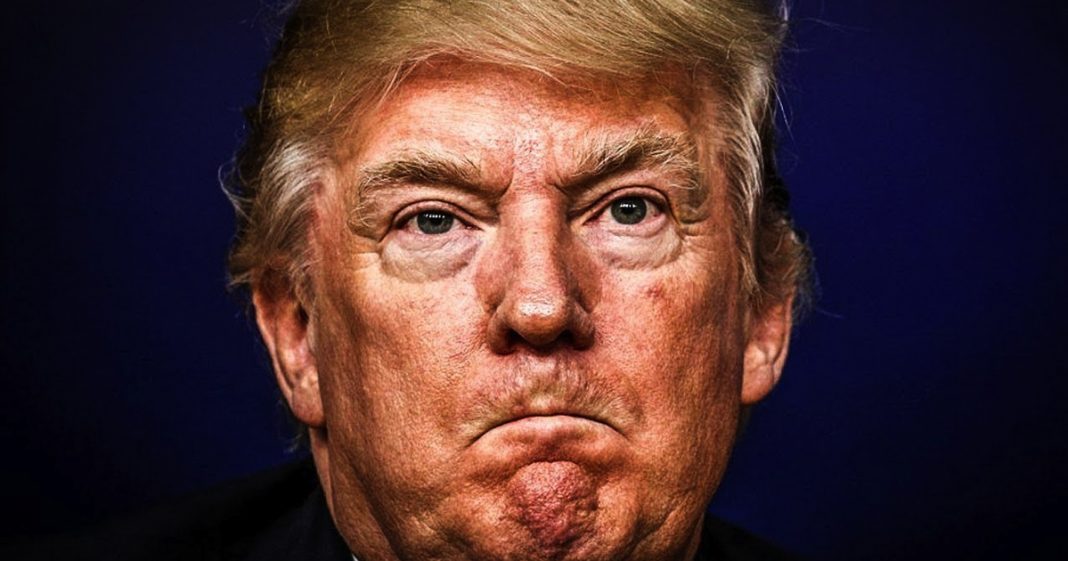 Republicans love to cite the costs of addressing climate change as a major reason to ignore the problem. But the reality is that the costs of ignoring the problem are staggering. According to new research, the climate change denial from the Trump administration could potentially cost us about $100 trillion due to the collapse of the carbon bubble and natural disasters. Ring of Fire’s Farron Cousins explains.

Among the very few Republicans in this country who actually accept that climate change is happening and that human beings are making it worse, they tell us that we still can’t act on it because it’s just going to cost too darn much money. There’s nothing we can do about it because that’s a big cost, and we don’t want corporations to have to pay it. We don’t want taxpayers to have to foot the bill to keep this country safe from rising sea levels and monster storms that are coming at an alarming rate. No.

Well, guess what, Republicans? A new study has come out and it said that the cost of Donald Trump’s climate change denial … His refusal to do anything about the problem … Is going to end up costing us about $100 trillion, and that total $100 trillion is going to come from several different areas. The first and most obvious is from direct damage caused by climate related events, such as Hurricanes Harvey and Irma. Hurricane Jose is still kicking around out there in the Atlantic ocean, and we have no idea what that one’s going to do, where it’s going go to go, or if it’s even going to make landfall.

But things like that cost money. The wildfires in the west right now, those are going to cost federal dollars. We have to fix it. We have to negate it. We have to prevent it, and we have to stop it, more importantly. So that’s where a large chunk of the money is going to come from.

But the second part mentioned in a new Daily Beast article is something that very few people have discussed, and that is the carbon bubble. In case you’re not familiar with it, basically what that is, what a bubble is is when the price of a good grossly exceeds its actual market value, which is what’s happening right now around the globe with fossil fuels. Eventually that bubble bursts. Doesn’t seem like such a big deal. The price goes down, right? Well, when you consider the fact that one third of global assets are invested in fossil fuel companies, fossil fuel stocks, that bubble amounts to worldwide economic devastation with close to one third of the entire wealth of the planet completely wiped out overnight.

The reason this is even happening is again … Goes back to Donald Trump’s climate change denial and his refusal to allow the federal government to fully invest in renewable energy, and away from fossil fuels. Trump has made it clear that he wants to double down on fossil fuels here in the United States. He wants to revamp the coal industry and open up new coal mines, even though nobody around the planet is buying coal anymore.

The renewable energy sector here in the United States is growing faster than any other energy sector in the world, and yet Trump doesn’t want to invest in it. Republicans don’t want to invest in it. They think it’s a waste of time, effort, and money. Well, you know what’s going to be a waste of money? When you cost us $100 trillion because you refused to take the advice of scientists and experts basically because you refused to listen to people who are smarter than you. Because you’re so damn arrogant and smug that you can’t stand the thought that somebody out there knows more than you do.