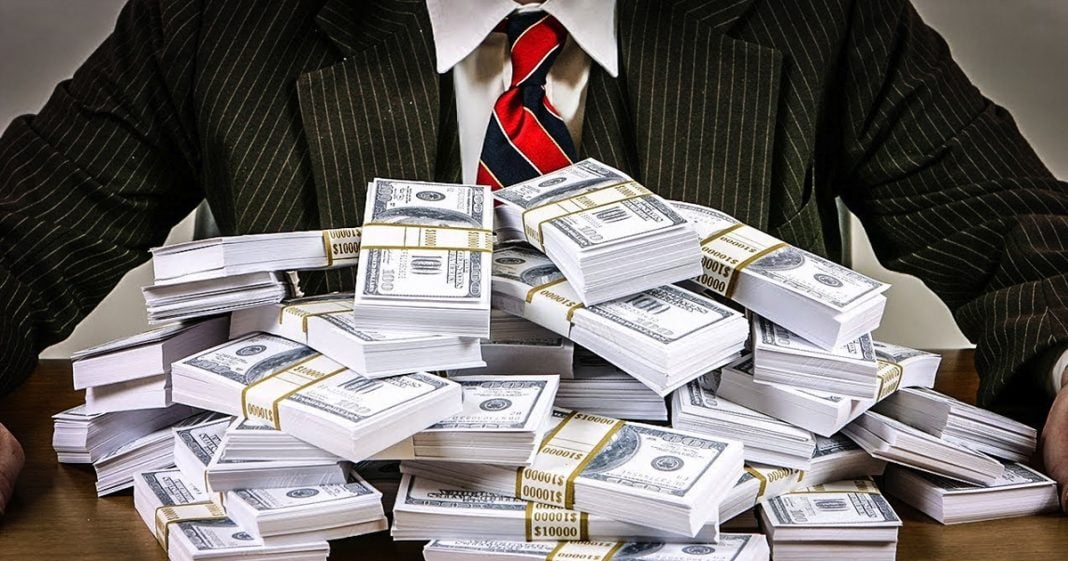 The Republican Party wants to stop the gross amount of tax evasion in the United States. But don’t worry, they aren’t going after the mega corporations that pay an effective tax rate of 0%, they only want to go after tax evaders in the working and under classes. Rather than tackle the big fish, Republicans once again want to attack the poor who often lack the means to pay their taxes. Ring of Fire’s Farron Cousins discusses the real tax villains in America, and it isn’t the working class.

Republicans and Donald Trump in Washington DC are currently trying to work on some kind of tax reform package. Which, from what we know about it, is going to be a massive giveaway to the top 1% while literally giving a few dollars per year to the working class and the underclass.

But Republicans have said, and analysis shows, they’re actually working on having the IRS crack down even harder on people who evade paying their taxes here in the United States. And that’s a good thing, right? Well, actually it’s not. As it turns out, they’re not going after the real tax cheats, the corporations who pay an effective tax rate of 0% each year. No, Republicans are telling the IRS that they need to crack down on tax evaders among the working poor.

They want to go after the bottom. The people on the bottom of the economic ladder here in the United States for allegedly not paying their taxes. These are people, maybe they haven’t paid their taxes, and if so, it’s because they can’t. They do not make enough money to make those monthly payments that you can set up with the IRS. They’ve lost their job for one reason or another or they’re on disability or some other form of something that prevents them from working. But Republicans aren’t having.

The majority of those 40% of companies who by the way, had a combined revenue of $3.8 trillion dollars during that seven year time span, most of them paid 0%. They worked out some kind of shifty, shady tax stuff, hid money overseas so they had to pay 0 dollars in taxes, out the door. Some of them, however, not only did they pay nothing in taxes, but they actually somehow finagled the system so that they got tax rebates.

We the taxpayers had to give them money, because they didn’t pay any, and now they get more in profit. That’s why the effective tax rate for 40% of companies in this country is less than 0%. And these aren’t mom and pop small businesses around the corner; these are mega-corporations here in the United States. Drug companies. Major retailers. Big box stores. Weapons manufacturers. The big guys, the guys who pull in billions upon billions of dollars every year in profit. Not revenue, not income, but profit.

The same companies like on Wall Street that are paying their CEOs $25 to $50 million a year, somehow don’t enough money to pay taxes. And the Republicans think that’s just fine. In fact, not only is it just fine, they’re actually working on cutting their tax rate, which I don’t know how you cut zero down to any less before you start, like some of these companies already do, giving them money back.

But that’s where the Republicans are taking us right now. They have no problem with corporations not paying taxes. They do, however, have a problem with a single mother of three working two jobs who can’t make her monthly payment to the IRS: that’s the person they want to go after. The person struggling, the person who owes the IRS so little money that it won’t even make a difference if they get it. They’re probably spending more money, sending letters and people to that person’s door than they’re going to recover from that person.

Why don’t we start going after the big fish? Let’s go after those corporations hiding tax dollars overseas or manipulating the system and in fact, instead of paying anything, they get money back. That’s what we need to stop in this country. There are so many things we could fund. Teachers, schools, police departments, roads, bridges, infrastructure, climate change mitigation, universal healthcare. Debt-free college. All we’d have to do is make corporations pay their fair share in taxes. I think that sounds like a decent enough trade.