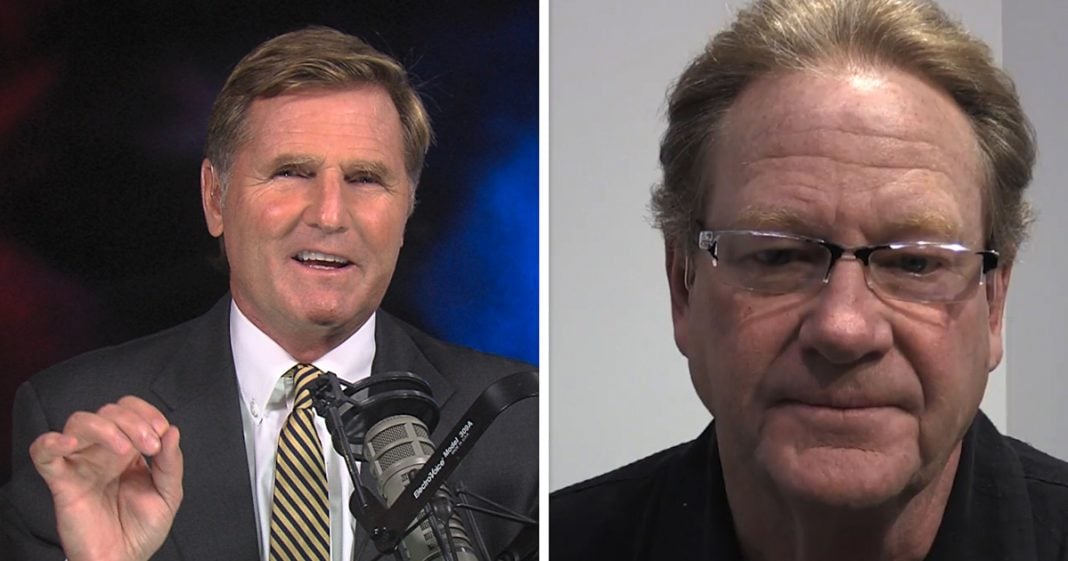 Mike Papantonio: This is such an interesting move. This move with DACA is about the only time that he’s really, really looked like a sly politician to me. He’s put himself in a position where he can’t lose. Whatever the outcome, the blame is ultimately going to fall on somebody else.

He’s given Congress six months to come up with a fix for the program before it ends. A move that makes the Breitbart crowd happy because they were the ones pushing for the stricter immigration rules. By shifting that responsibility to Congress, he gets to blame them if they can’t come up with a fix and we start deportation.

If they decide to give into his demands and they fix DACA and he gets funding for his border wall, then he gets everything he wanted there as well. There’s really no downside. This is a really smart play by him. He’s played this very smart politically, I think.

Ed Schultz: Well, I was going to say that I think this is probably the most political savvy move that he’s made. Now, I know he’s pissed off a lot of people, but I don’t think they’re deep into the politics of what the ramifications and how this could play out. I actually think that Trump deserves credit on how he’s playing this. It is up to Congress. They can’t do anything on immigration unless it’s legislatively put together. You can’t executive order your way out of an immigration problem, and that’s what I think a lot of people are missing.

Mike Papantonio: Yeah, people believe that with one wand he can by way of executive order do what he wants to with DACA. It just doesn’t work like that. The truth is the US doesn’t even really have the resources at this point to deport nearly 800,000 immigrants in the next six months.

Ed Schultz: Yeah, he’s not going to do it.

Mike Papantonio: Yeah, there’s no huge threat for those deportations actually ever happening.

Ed Schultz: A lot of liberals are pissed off because they’re using these people as bait to get Congress to do something. Let me tell you something, don’t be offended. Senior citizens have been used for political bait for years. This is just the way Washington works.

Mike Papantonio: Children, the military, senior citizens, go down the list. It’s a checklist that rises every time.