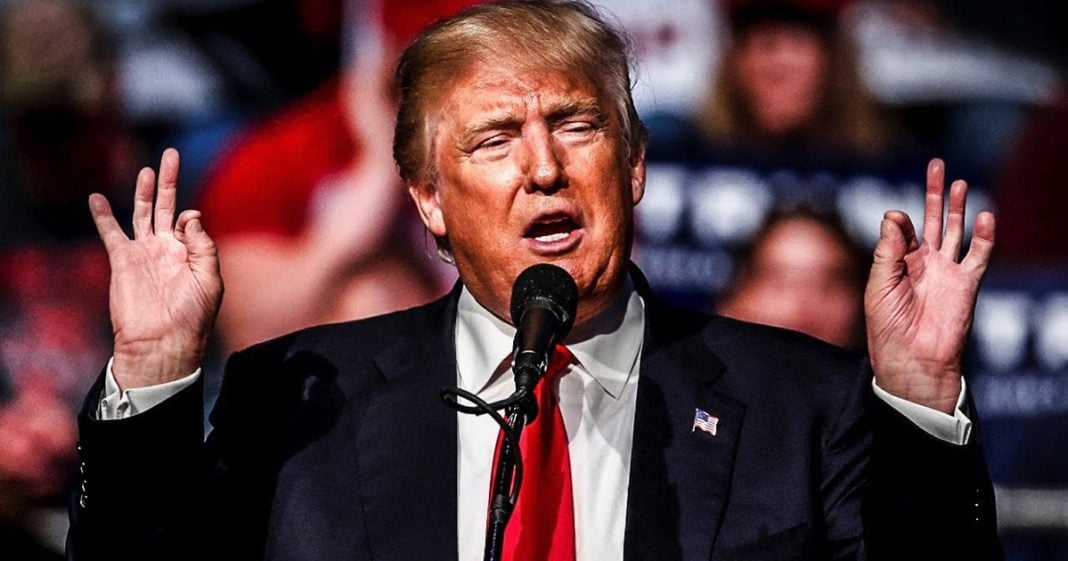 The media has been fawning over Donald Trump for the last week, mostly due to the fact that he worked out a debt ceiling deal with Democratic lawmakers. Now, the press is calling him “independent” and saying that he isn’t beholden to the Republican Party. This is insanity. Trump isn’t independent, he’s a pathetic businessman who only cares about branding and ratings – and his words in the last week prove it. Ring of Fire’s Farron Cousins explains.

While I disagree with him on most cases, I have to say that this report from the New York Times is clearly fake news, but it wasn’t just the New York Times. Many other media outlets following Donald Trump’s decision to side with Democrats on the debt ceiling debacle where they agreed they should raise the debt ceiling. Many media outlets started saying, look at that. He didn’t go with Republicans, so he must not really be a Republican right. He’s more of an independent. He’s his own man. What a good guy this Donald Trump is because he did one non asshole thing one time in his life.

You know what, sometimes even the biggest jerks in the world will occasionally do something that’s decent, but to be honest this wasn’t even one of those times for Donald Trump because a few days after this deal was announced, Donald Trump reportedly called Chuck Schumer, the Senate minority leader to tell him, wow, look at the ratings we’re getting on this.

Donald Trump didn’t care about policy, he didn’t care about party politics. He cared about what the media was going to say about him. His phone call to Schumer proves it. This was never about a debt ceiling, it wasn’t about going against Republicans or bucking the establishment, it was about getting the media to fall all over him a few days in the media fell right into his little trap. They couldn’t even see it for what it’s worth because they’re so darn obsessed with themselves thinking that they know better that they are better. So now we have all this media coverage saying, Donald Trump’s an independent, Donald Trump’s his own man, and it’s total nonsense.

Donald Trump, he may not be a traditional Republican, but he is a Republican, but furthermore he’s a guy who only cares about things like ratings as his phone call to Schumer proves. I think look at this, after hurricane Irma’s started making landfall in the state of Florida, reporters asked Trump what he thought about it and he said in terms of branding, I think the Coast Guard is doing very well right now. And he said that because earlier in the day he had said the Coast Guard is doing a great job. Good job for the Coast Guard. We love our Coast Guard.

So he views hurricane Irma, the death and destruction and flooding that has come along with that as an opportunity for a governmental agency to work on their branding. This is what happens when you run government like a business. But more importantly, it’s what happens when you run the government like it’s a goddamn reality TV show because that is exactly what Donald Trump has turned it into. It’s about ratings, it’s about branding. It’s not about protecting people in the United States, it’s not about policy. It’s not about anything that matters.

This entire presidency from day one, until the day that it finally ends has been and always will be about Donald Trump.