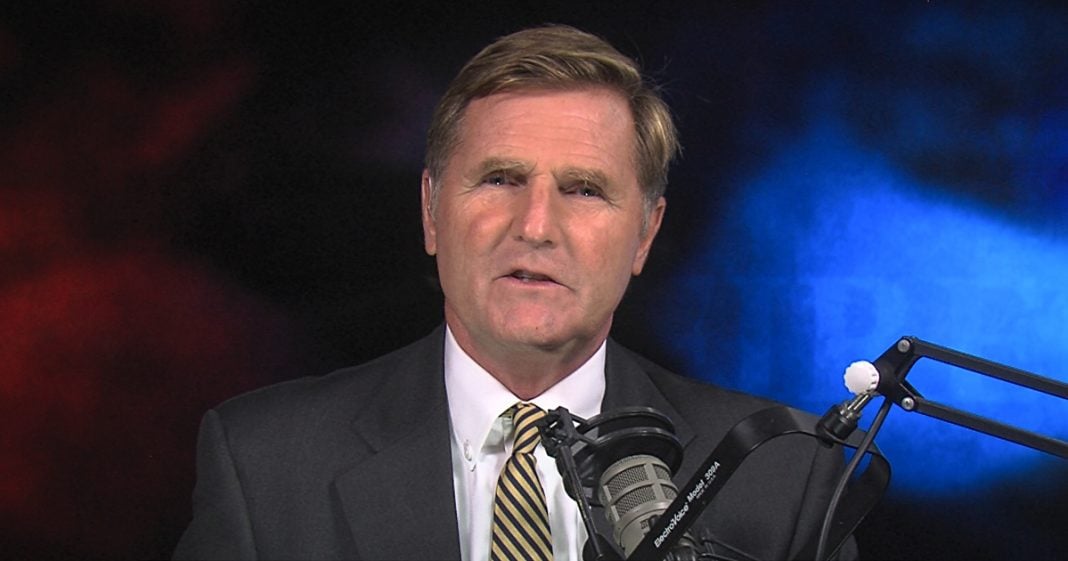 Ed Schultz: Alright, let’s talk taxes. It’s the easiest thing to get done in Washington. They got the White House, the House and the Senate. My take, and I said this yesterday on this podcast, that there will be no tax reform, that the corporations love paying no tax, what Bernie Sanders talked about on the campaign trail time and time again. And their lobbyists are working over time on a lot of these Republicans to make sure that they do the dance, but they don’t buy the ticket. This tax reform that they’re talking about, I think is a red herring, it’s not gonna happen. If there are any changes they’ll be moderate, it won’t be sweeping in any stretch of the imagination. What’s your take on this.

Mike Papantonio: I think you got it right. I mean, it’s both parties, Ed. You’ve got that the Democrats that aren’t even … I mean I can’t even tell the difference between Democrats and Republicans where it comes to issues like tax. It’s almost sickening to see the argument, it’s re-emerging in DC. The same tired trickle-down talking point that it’s donna work. Trickle-down’s gonna work. We’ve heard it since the 1980s. This morning, Paul Ryan was on the air talking about the failed attempt of trickle-down. He knows it doesn’t work, he’s not an idiot, but the truth is corporate America loves it. 60% of Americans believe that corporations and the wealthy in this country don’t pay enough taxes, and I gotta tell you something, they understand that corporations are parking their money offshore.

I was really interested when Trump, about two weeks ago, started saying, ‘You know, we gotta get that money back in here.’ I started saying, ‘God, he’s starting to sound like he really might do something.’

Mike Papantonio: Yeah, exactly. But you know, at the end of the day, you’re right. The Democrats have no interest in moving tax issues. They want status quo. The tax reform package from Paul Ryan is gonna give most working families, what, $42 a year. Meanwhile, anybody making morning that $3 million a year it’s gonna receive hundreds of thousands of dollars, nothing really changes. Democrats aren’t gonna change it, Republicans sure as heck aren’t gonna change it, it’s status quo.