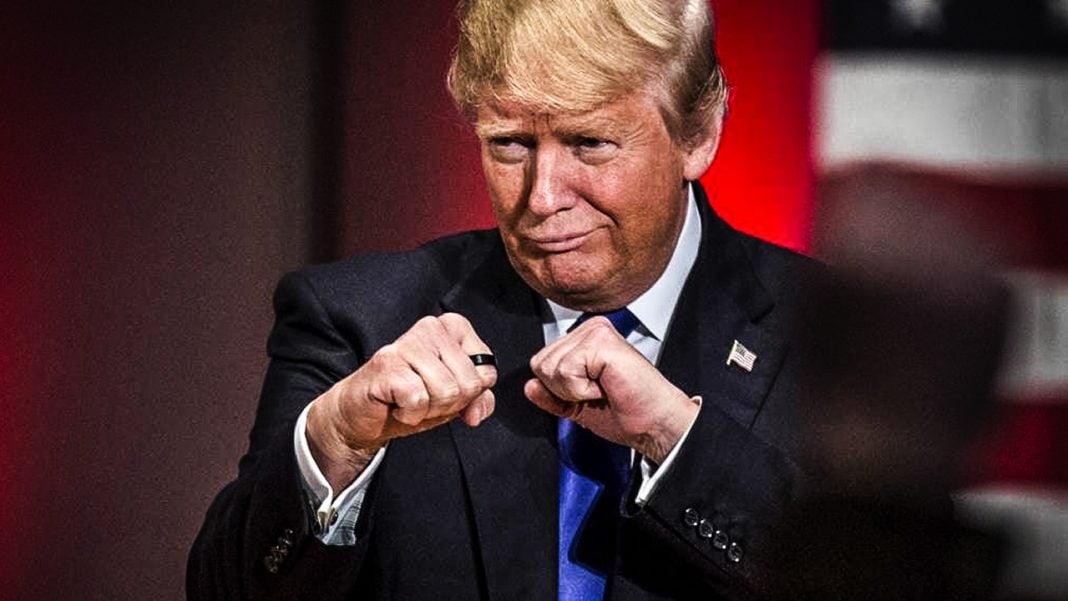 Donald Trump knows very little about American politics, and he’s doing his best to make sure everyone in this country understands that. He took to Twitter Friday morning to blast Senate Republicans because they won’t end the filibuster, a move that would lead to massive retaliation both from their Democratic colleagues and American voters. Ring of Fire’s Farron Cousins explains.

In the past week or so, Donald Trump has seemed a little bit schizophrenic, I guess you would say, about where he actually stands with his policies, with his decisions, and even which party he actually supports. There’s a big uproar among the Republicans when he decided to actually go with the Democrats and support an increase in the debt ceiling, you know, to avoid a government shutdown. But on Friday morning of this past week, Donald Trump took to Twitter as he always does, and started bashing Senate Republicans again.

This time, he said that they clearly have some kind of death wish, because they refuse to change Senate rules and get rid of the filibuster, because according to Donald Trump, there’s eight Democrats in DC, I guess, who are controlling the entire government. Those eight Democrats, who he didn’t name, unfortunately, control everything because of the filibuster. They’re able to stop legislation dead in its tracks because Republicans are too spineless, according to Trump, to get rid of that filibuster.

Well let me explain something to you, Donald Trump. I know you don’t know very much about the American politics or really anything in the world. Here’s how it works. If Senate Republicans decide to get rid of the filibuster, that’s going to be the end of their rule in the Senate. Because what’s gonna happen is they’re gonna start passing all of this horrible legislation that you promote, and it’s gonna cost them the re-election bids. American citizens overwhelmingly have not supported any of the major initiatives that the Republicans have been pushing since January of this year.

They didn’t like the health care bill. They do not like the tax cut plan. They do not want a wall. They want government agencies funded. They’re not happy about the budget. They want normalcy. They want policies that actually help American citizens. But the Republicans aren’t pushing that. So you take away that filibuster, they pass this horrible legislation, they can start looking for new jobs.

Furthermore, the ones that do survive re-election, or who aren’t up for re-election yet, if the Democrats take over, are about to be in for a whirlwind of progressive policy just zipping through the Senate, and Republicans know they can’t risk that. Because if they do, suddenly oh my God, millionaires and billionaires are gonna have to pay more in taxes, and that’s gonna mean less money to go in the coffers of Republican politicians.

So before you get on Twitter and start bitching about the way things are in the Senate, and how the rules work and talking about things that you generally do not understand, please know that there are bigger pieces at work here that just Republicans not wanting to end a filibuster. They don’t want to end it, because for the most part, they’re not all completely stupid. They know how dangerous that could be. They understand the ramifications that will come to their party if they do that. And at this point, they also understand the ramifications of supporting you, which is why you’re finding it less and less likely that you’re gonna have any friends in the United States Senate.

And believe me, if impeachment ever happens, you’re gonna wish you hadn’t sent out all those angry tweets talking about how spineless and pathetic those Republican Senators really are, ’cause they’re gonna be the ones that tip the scales that get you out of office.