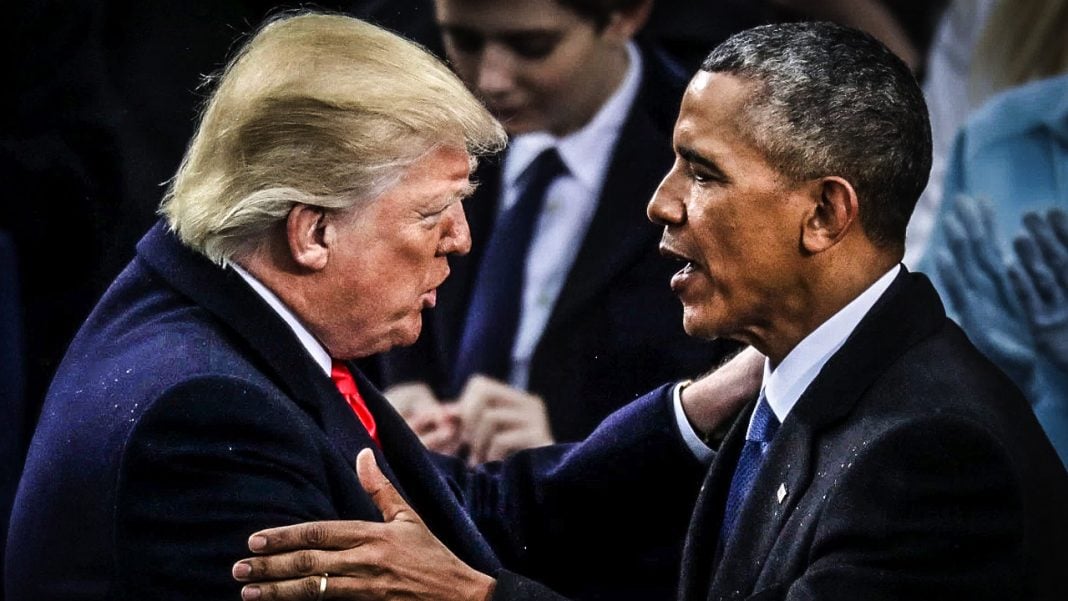 The only thing that Donald Trump has accomplished during his time in office is to undo things that President Obama did. On a near-daily basis, Trump tweets out something about Obama, making the country wonder why he is so obsessed with the former president. What is he trying to prove? Ring of Fire’s Farron Cousins discusses this obsession and how it is hindering Trump’s ability to do anything positive for this country.

If you had to really nail down just one hallmark of the Donald Trump Administration, it would be that this is a man who is absolutely obsessed with his predecessor, so much so that it’s preventing him from really functioning as a human being, let alone as a president. Donald Trump’s sole purpose in office is to undo everything that Barack Obama did. Now, we already know from exchanges that have taken place overseas with foreign diplomats, when Donald Trump is in a meeting with these people and he says, “Well, what did Obama say on this issue,” they tell him, then he says, “Well, I’ll do the opposite,” or “Then I’ll vote to undo that.” Back here in the United States, the only accomplishments Donald Trump really has to his name are repealing rules, regulations, and laws that President Obama put in place.

Every other day on Twitter Donald Trump is tweeting something out about President Obama. He’s lied about President Obama wiretapping Trump Tower. He had to compare the size of his inaugural crowd to Obama’s. Everything Donald Trump does gets put up right next to that Barack Obama yardstick so Donald Trump can measure where he’s at and make sure he’s better. The unfortunate problem for Mr. Trump is that he will never measure up to what Barack Obama was. I don’t care what anybody thinks of Barack Obama as a president. He did do some good things. He didn’t go as far as he should on other issues, and he completely rolled over on some issues. Very mediocre in terms of policy, but there were some really good ones that came out of the Obama Administration. But as a man, as a human being, as a father, as a husband, probably one of the best presidents we have ever had.

Barack Obama is a good human being. He’s a human being who cares about other people, so if Donald Trump wants to measure himself against Obama, he will never stack up to what Barack Obama was. He will never stack up to the kind of leader that Barack Obama was, the kind of inspiration that he was, the struggles that he went through, the BS that he put up with from the media and from Donald Trump himself who questioned his own nationality and his religion. Trump can never measure up to Obama, and that is why all he wants to do in office is undo everything the man that came before him who was far greater than him ever did.

That is what all of this is about. It’s about revenge and jealousy. This has nothing to do with the country. It has nothing to do with making America great again. All it’s about is taking down a man who came before you who was better at the job than you were, because Donald Trump wants to show that Obama was a failure, but he wasn’t. The only way that he could be considered a failure is if all of his policies go away and there’s nothing left to write about him in the history books, but that’s not going to be on Obama. Those are going to be listed as just another set of reasons why Donald Trump goes down as the worst president in American history.