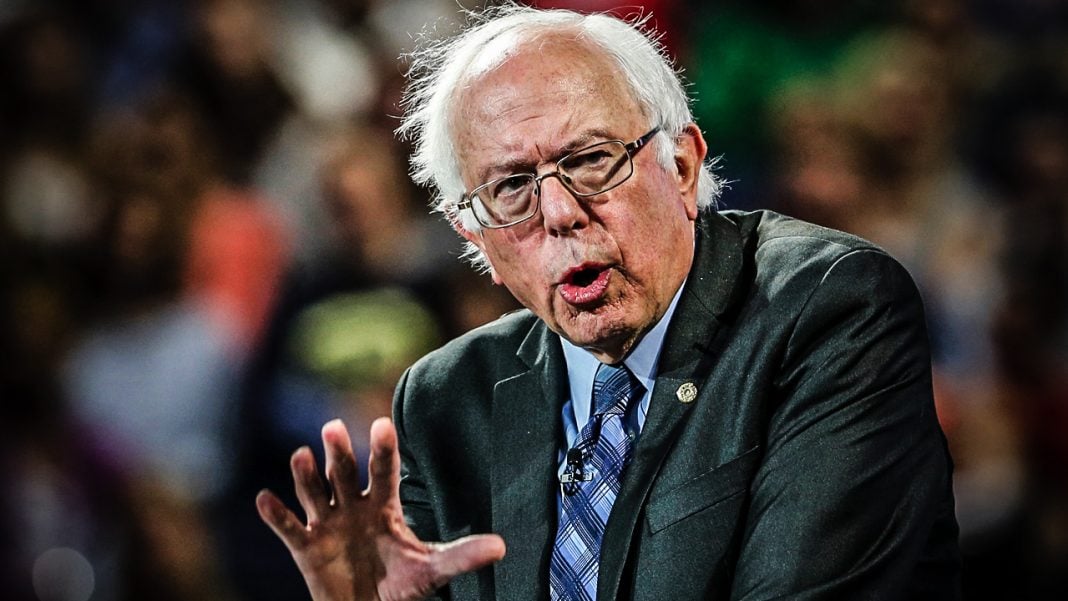 The DNC is not too happy with Bernie Sanders’ supporters, and they are basically giving the Senator an ultimatum. They want him to either get his supporters to fall in line with the Party, or he can kiss his leadership position goodbye. This will likely not end well for the Democratic Party, as Ring of Fire’s Farron Cousins explains.

Bernie Sanders when he burst out onto the national scene beyond the people in progressive media who’ve been having him on their shows for years and years and years like Ring of Fire, when he burst onto that national scene, everybody paid attention. Why? Because he wasn’t resulting to personal attacks even though the Clinton folks still say that he got so personal with it. He was talking about issues. He was talking about things that people in this country left, right and center actually care about. He had the audacity to say that we as a country can do better on the issue of healthcare, on the issue of student loan debt, on the issue of regulating Wall Street, on the issue of income inequality. That’s what got people energized, specifically the young generation of American voters, the people who are going to be taking over this country in a decade or two.

Now, that DNC wants him to get them in line like good little sheep, lined up for slaughter, fall in line with the party talking points or get out. Yeah, that’s not going to work very well for you, DNC. If you think it is, I need only remind you what happened to your party one year ago. You cannot tell people who are finally energized, finally interested in politics, finally grasping at a platform the one put forth by Bernie Sanders that they can agree to and you want them to abandon that, abandon their newfound zeal for American politics and fall in line with your pro-fracking, pro-corporate DNC platform. That’s not going to work. If you try to force that on these people, it’s going to backfire on you spectacularly and honestly at this point I hope it does. I hope these people who have become energized and who understand we could have a truly progressive country because most people in this country support those policies.

They can form a new party, a new party that will spell the end of the Democratic party. A new party that will spell the end of the Republican party. A party that actually operates on behalf of the American public like the Democratic party used to back in the 1940s. That’s what these people want. They don’t want a corporate-friendly Democratic party that’s essentially Republican-light. They want something real. They want something pure. They want something that they can, at the end of the day, say, “I am proud to be a part of this,” not, “We’ve got some mistakes. We’ve got some bad people. We can do better.” No. They want to go to bed every night knowing that they have put their faith, they have put their money, they have put their trust and energy into something that actually matters, something that’s actually going to help everyone in this country. Right now, the DNC ain’t it.