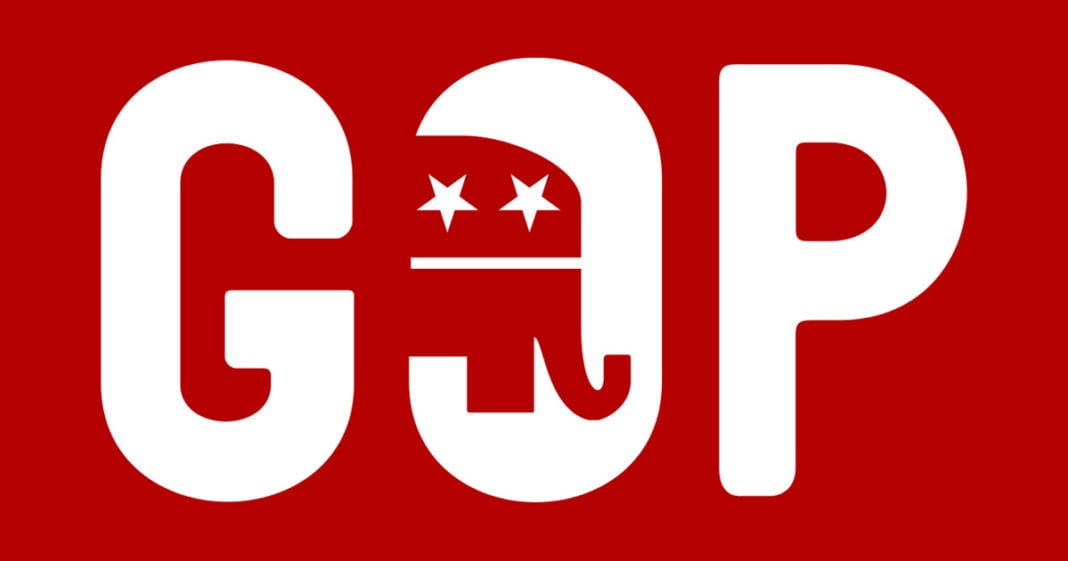 A new poll shows that Americans are universally against the Republican idea of cutting taxes for corporations and the wealthy elite. But that begs the question – Why do they keep voting for Republicans who expressly say that they want to cut those taxes? It makes no sense, but Ring of Fire’s Farron Cousins attempts to wade into the mind of conservative voters to find an answer.

According to a new poll by Politico and Morning Consult, nearly 60% of American citizens say that corporations pay too little in taxes here in the United States. Now, if that talking point kind of sounds familiar, it’s because that’s one of the hallmarks of Bernie Sanders’ presidential campaigns. It was something he hammered on in damn near every speech that he ever gave and it’s something that obviously American citizens agree with. Corporations in this country are not paying enough in taxes, and that also extends to the wealthy elite, the top 1%, the people who run these businesses. Americans are angry that these people are not paying their fair share in taxes.

This comes at a time when Republicans, led by Paul Ryan and Donald Trump, are pushing a tax reform package that’s going to give average working-class American families about an extra $42 a year, but hundreds of thousands of dollars in tax breaks a year to people making more than $3 million a year, and the higher the income above $3 million, the higher the amount of the tax cut that you get.

We get 40 bucks. They get close to a million if you’re making over 3 million. That’s not percentage-wise. There’s no real explanation as to why they get such a larger percent in tax cut than the rest of us, but it’s something that the American public is angry about because these corporations, again, are not paying enough in taxes. Many of the biggest buinesses in this country have paid little to no tax in recent years due to all the tax loopholes, the tax havens offshore, they’re scheming the system and leaving the rest of us to make up the difference.

Having said that, having understanding of the fact that people do not like the fact that corporations and the wealthy are not paying taxes, it begs the question as to why the same people who are mad at corporations for not paying taxes would ever vote for a person who calls themselves a Republican. Because that’s really the issue here. It goes back to voting habits. You don’t think corporations pay enough taxes? Then stop voting for the party that says, “We’re going to cut their taxes.” That’s something I will never understand about the American public, is how pissed off they get about an issue or a situation or the way things are, but then go to the voting booth and literally vote for the candidate who says that, “I love the things that you hate and I’m going to do more of those.” Nothing about it makes any sense.

There is some political theory papers out there, some great groundbreaking stuff happening in the field of political psychology, but to date, we still don’t necessarily understand why these people continuously vote for people they hate, who push policies that they hate. For what? There’s no clear answer on this. Nobody has really delved that deep into the mind of a conservative voter who hates everything that he goes to the polling booth and votes for. But it’s something that needs to happen.

We need, as a country, to understand the mentality of these people and why they support politicians who support policies that they hate, so that we can bring them back to reality, so that we can bring them possibly over to the Democratic party or Independent, show them that there are alternatives. A lot of that rests with the Democratic party. You can’t just go out there and talk about how bad Republicans are. You have to go out there and lay out a policy platform and explain that, yeah, corporations, you’re going to have to pay a little bit more in taxes. American workers, you’re going to pay a little bit less in taxes. Yeah, you may lose the vote of about 10 or 20 CEOs, but you could also win the votes of 10 or 20,000 American workers.

The Democratic party’s too scared to lose those CEOs, though, because they’re starting to come over to their side. They give a lot of money. American workers don’t have that kind of money to spend. American workers can’t hire lobbyists to go to Washington and lobby on behalf of Joe Smith, the factory worker. And that’s the problem.

But at the end of the day, it does still come back down to those voters who understand what a politician stands for. They understand that they hate that. And yet they still go vote for them anyway. There’s a lot of work to be done in this country and a lot of it’s going to involve studies, research, and academics looking into this, so that we can get a better handle and start to understand the psychology of these people and find out what we can do to bring them back and explain to them in a way that they can get, a way that they understand and explain to others that you’re voting against your own self interest, and it’s hurting everyone, not just you, but everyone in this country.